WASHINGTON, D.C.—House Republican Whip Steve Scalise (R-La.) joined Fox News Channel’s Justice with Judge Jeanine to discuss the New York Attorney General’s politically motivated attack against the NRA in an attempt to make it harder for law-abiding Americans to defend themselves amidst the radical-left’s dangerous defund the police movement. 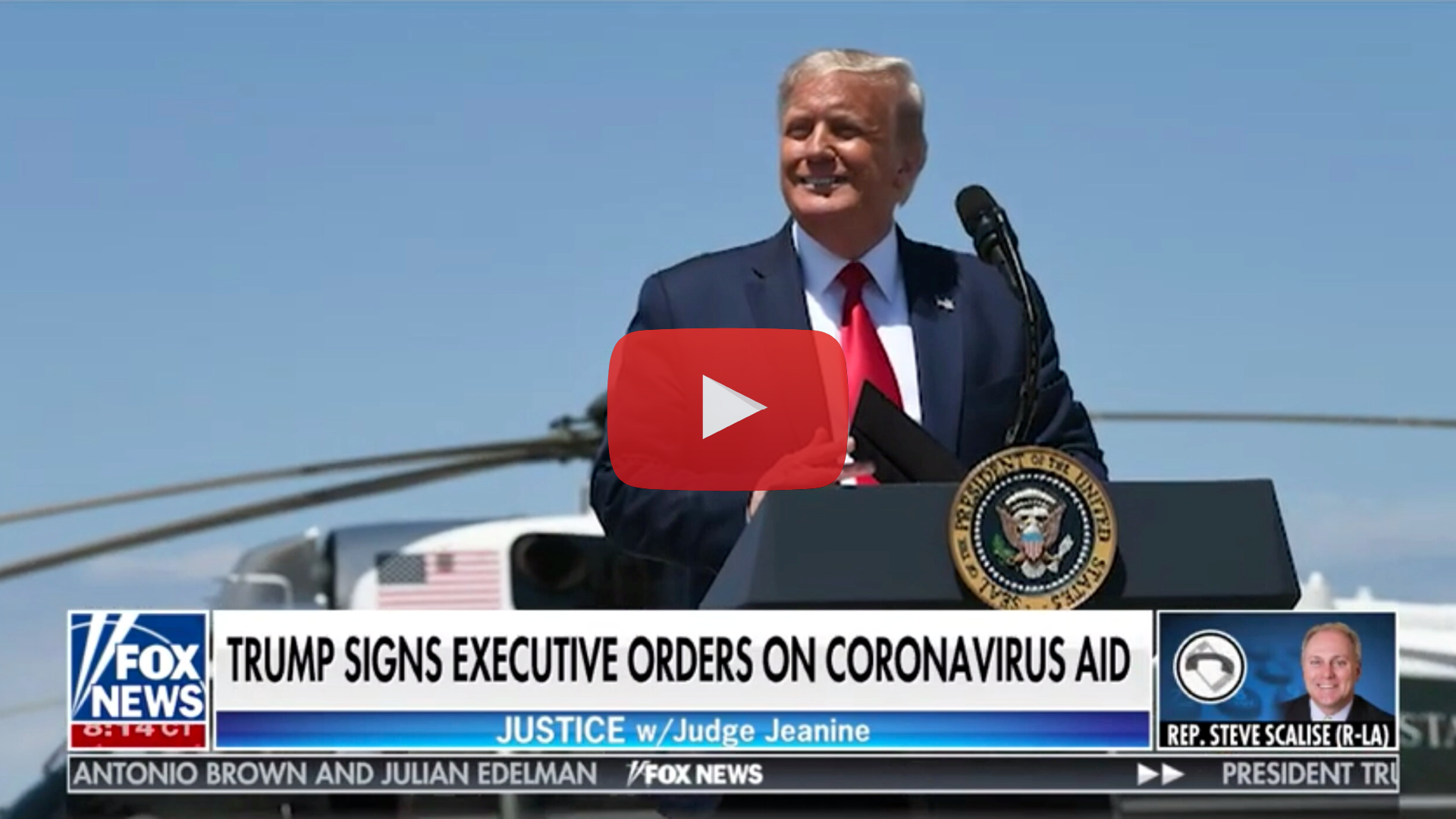 On the New York Attorney General’s politically motivated attacks against law-abiding citizens and the Second Amendment:

“The Attorney General in New York has been trying to shut the NRA down since she came into office. She is literally trying to weaponize her office to waste taxpayer money to go after a political vendetta that she has had against the NRA. And she’s made statements to that point long before there were any kind of allegations of wrongdoing.

“So here’s an example of a prosecutor looking to put somebody away before they even see a crime, and she just wants to shut down the NRA. That’s not what taxpayer dollars are supposed to be used for. It’s an abuse of her office.”

“I’m passionate about people’s Second Amendment rights. And in fact, it was people with guns who saved my life, and everybody else who was on that ball field because if it was just the gunman with a gun, and look, as Jim Jordan pointed out, the left has been wanting to take away our guns for a long time. This isn’t just about taking away our Second Amendment rights, it’s about targeting conservatives. But if there weren’t people with guns, I wouldn’t be here, and neither would a lot of other people. And every day in America, people use guns to save their lives.

“Look, they want to defund the police, and think about what that means. If you’re at your house, just you and your family, and there’s no police around or they’ve defunded the police like cities like New York and Minneapolis are doing – if somebody comes to your house, who’s there to protect you? It’s you with your family with the gun. We better fight to protect our Second Amendment rights and don’t let the left take it away. Joe Biden wants to take our guns away, and he is letting these people run his agenda.”

“Let’s keep this in mind, Barack Obama used executive action to go after people. Agencies like the IRS as Jim Jordan pointed out, the EPA to shut down businesses, the energy industry. What you see President Trump doing is using the weight of the Federal government to help people, to help families get through tough times, to find, by the way, a vaccine for COVID-19, which he’s done by getting the FDA to expedite the testing and the research with the best scientists in the world. President Trump is using his power to help people. [Democrats] want to take power to literally take away our rights and ultimately to do mail-in ballots to illegals, healthcare to illegals, that’s their agenda and President Trump is fighting [against] them. That’s what’s at stake this November, Judge.”