WASHINGTON, D.C. — Today, House Republican Whip Steve Scalise (R-La.) joined Fox Business Network’s Varney & Co. to highlight the success of President Trump’s economic, foreign, and border security policies and how they benefited the American people, and contrasted President Trump’s successful policies with President Biden’s devastating and dangerous agenda which have hurt families, workers, and small businesses. Whip Scalise emphasized that the Republican Party is united in championing conservative principles and winning back the majority in the House of Representatives in 2022. 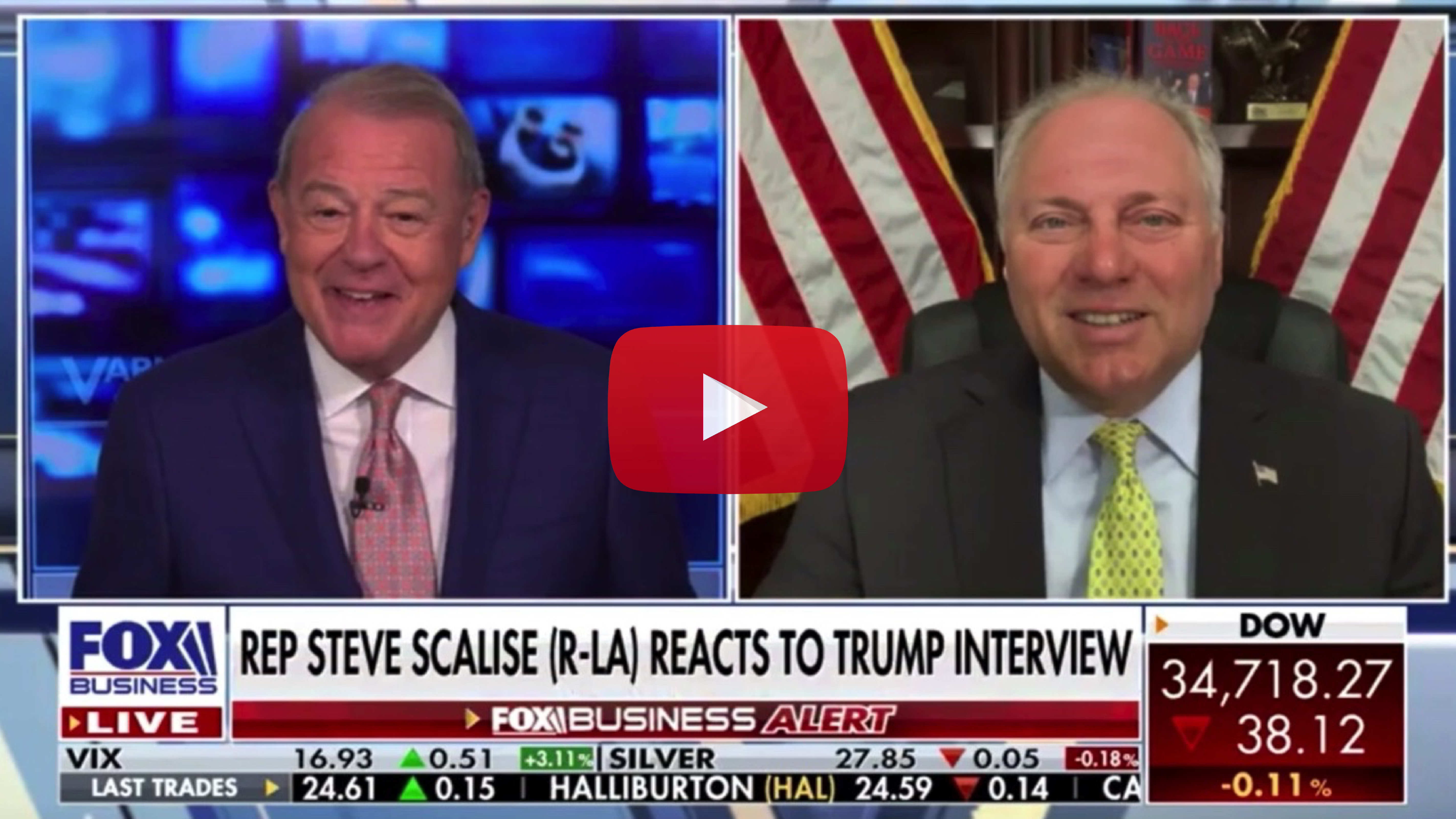 On President Trump as the leader of the Republican Party:

“President Trump doesn’t need to say that [he is the leader of the party] because if you look, you know, when he gave his speech over the weekend in North Carolina, when he went to CPAC — he still garners the most attention of anybody, more than even President Biden when he speaks, and that’s because, you know, he’s still somebody who [has] a large following. I’d call him the leader of our party right now because he’s clearly, as former President, still very popular, and his policies, by the way, worked tremendously well to get our economy back on track, to secure our border, to stand up for our allies around the world, and stand up to our enemies. We’re not seeing any of that right now from President Biden.”

“But Jim Banks has done a really good job as the Chairman of RSC and wants to put an agenda together, like we all do, to focus on the conservative principles that work. It’s not just about opposing what President Biden’s done because we’re very opposed to these radical policies — the socialist left movement [that] we’re seeing, paying people not to work, massive inflation, letting our border get completely wide open. But in addition to that, we want to lay out what those conservative principles are, and I know Jim’s been one of those who are working on it, and that’s one of the things he’ll be talking about with President Trump. And President Trump is very interested in helping us get the House back, whether he runs himself or not is a different story. But, you know, he really does care about this country still. He’s very concerned about the direction that President Biden is taking us in.”

“Well, if you look at what’s happening right now, you know, I think for those people that would say that they are very concerned about the economy. If they wanted to add on to their house or buy a new house now, they’re going to be paying $35,000 more for that house than they would have a year ago. We’re not seeing the kind of growth in our economy we should have. Look at Israel under attack, and you’ve got President Biden who spent more time trying to help Iran get that nuclear weapon if you look at what President Biden has done on Russia. He just gave a tax break to Russia to build their pipeline, the Nord Stream pipeline, between Russia and Germany, and he said no to American jobs with the Keystone pipeline and really insulted our friends [in] Canada. So, I think [you see] policies that are devastating. They like the policies of President Trump, and they’re probably longing for those policies to come back.”