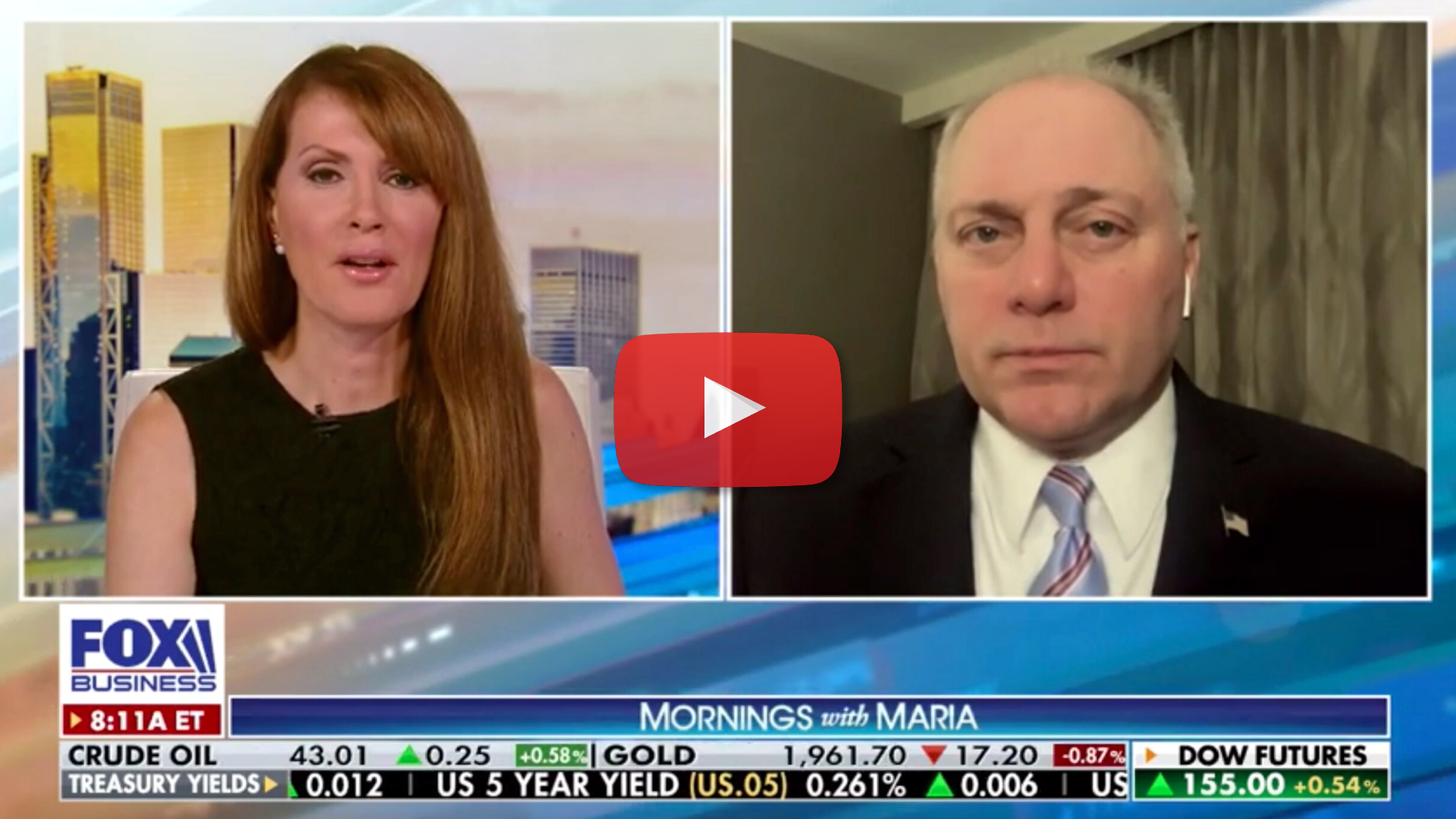 On President Trump’s leadership in protecting communities across the country:

“I think it was really good that the President went to Kenosha to stand with the people who want law on order, who really are fed up with their Democrat leaders not protecting them, not providing the kind of safety in their communities and interestingly, you’ve got Joe Biden and Kamala talking about divisiveness, maybe they forgot to watch their whole convention – the Democrat convention was filled with nothing but divisiveness and hatred towards Donald Trump. That’s not America. I was so proud of the Republican convention which was focused on an uplifting message, what President Trump’s done to fight for families, to fight for the forgotten men and women of this country, and to rebuild our middle class and include everybody in that growth, and to get us through COVID so that we can rebuild that great economy back again. And this is a great example of the President showing leadership going out. I was with him Saturday in Lake Charles, Louisiana where he was standing with the people of Lake Charles who were just devastated in the path of Hurricane Laura and he committed to help us rebuild. He’s committing to help the people of Wisconsin rebuild. That’s what this President’s about. He’s a builder, he stands with people to protect their communities, to stand with law enforcement as we do that, and then to help rebuild these communities that these Democrat leaders are allowing to be devastated.”

On the failure of Democrat politicians to condemn the riots and violence in several cities across the country:

“It’s not resonating, and I think that’s why you’re seeing Joe Biden come out of the basement to try to act as if he now wants to say something positive about where our law enforcement officers are when he was sitting on the sidelines and allowing this kind of hatred towards law enforcement go forward. You know, look, I mean, I think people get what’s going on, they know that Donald Trump stands up for law and order and he’s been vocal against the violence from the beginning. In fact, he reached out to those Democratic governors and offered them assistance, he said we’ll be happy to send in federal help. But the problem is these governors and these mayors said they don’t want the federal help, and these are all supporters of Joe Biden. It’s not happening in these in Republican-run states, frankly, it’s not happening in a lot of Democrat-run states, it’s only a select few states that are allowing this mob rule. President Trump stands up against it. Joe Biden was silent until he saw the poll numbers slipping away from him and then he’s been trying to play some kind of tacit game on both sides. You can’t play both sides of this issue.”

On Speaker Pelosi prioritizing her partisan demands over relief for American workers and families:

“This is an area where there’s been a lot of bipartisan support to help small businesses and families through this tough time. It seems like every time that there seems to be an idea everybody coalesces around, Nancy Pelosi just throws things on the table, like bailing out the failed states that had multi-billion-dollar deficits prior to COVID and it’s non-starters, things that she knows aren’t going to happen. They were trying to force mail-in ballots and taking away a state’s ability to require picture ID which is something that protects the integrity of the vote. That’s not going to happen. Look, there’s over $500 billion of unspent money out there, including $130 billion in the Paycheck Protection Program, let’s make that more flexible to help families, to help small businesses.”

On protecting the integrity of our election system:

“I know a lot of us are concerned about the integrity of the vote when you look at what the Speaker was trying to do of literally forcing states to mail ballots to people on the rolls, including people who are on the rolls illegally. Every state will tell you; they’ve got tens of thousands minimum people on their rolls illegally. Whether it’s people moving around or people who don’t follow the rules registering. You don’t want those ballots, literally millions of ballots, just to be floating around out there. I mean, that would be ripe for voter fraud. There’s story after story of voter fraud that occurs and yet Democrats want to act like it never happens, they know what happens and the more you open up these laws and undermine states who have good integrity laws. Look, every person ought to be able to vote once, and if somebody is able to steal a vote, they’re taking away your vote, they’re nullifying your vote and that’s going to be a critical issue.”

“The Justice Department has the ability to make sure that voting rights are protected as they should. Each state runs their own laws and at the state level you’ve got people on both sides that work to make sure that those laws are followed properly. But you also have some states that have changed their laws to make it easier. Things like same-day registration with no picture ID, those are the kind of laws that actually make it ripe for voter fraud and we’ve seen, unfortunately, examples of how it’s blatantly abused and that’s something that we’re concerned about.”