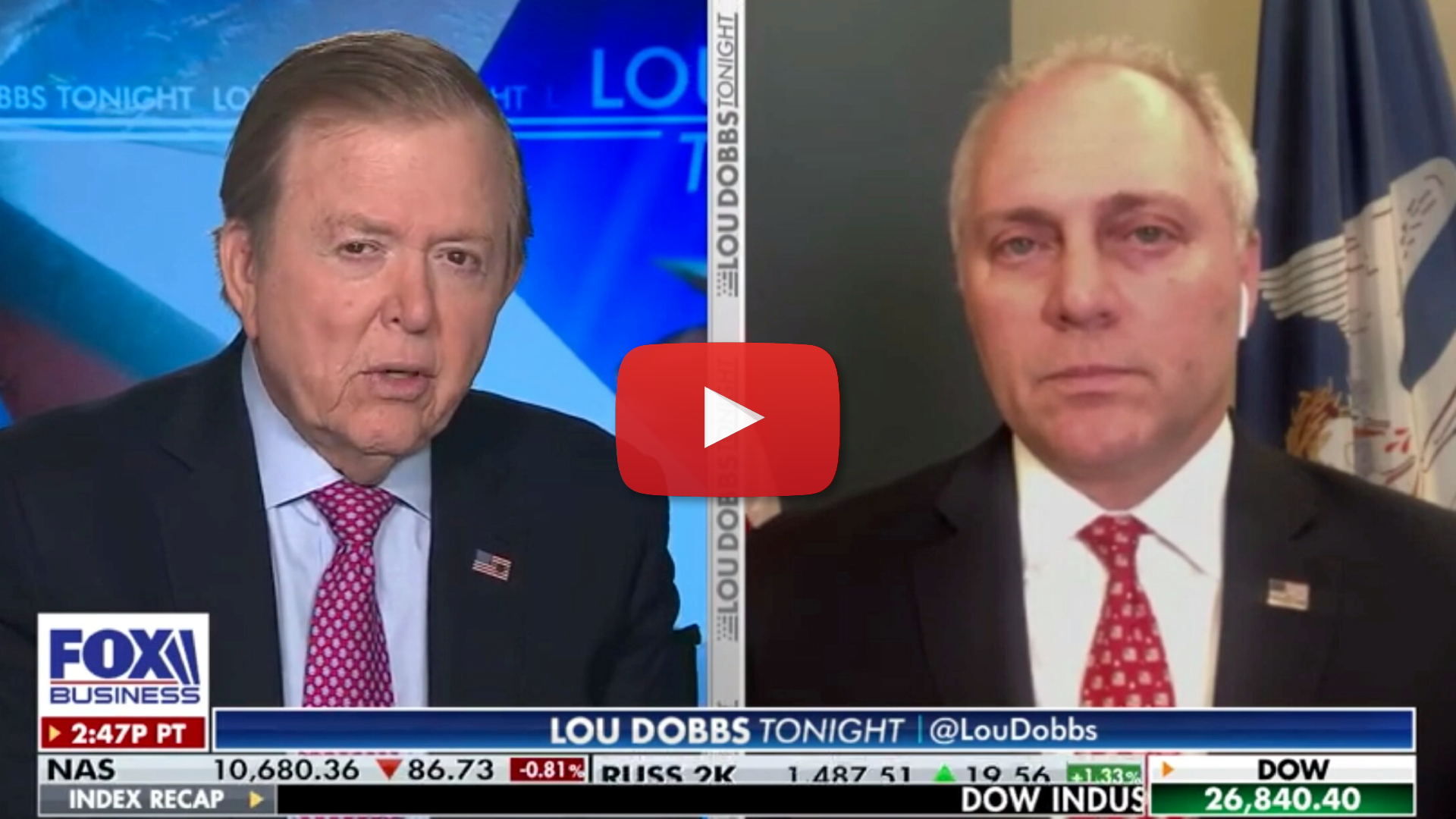 On President Trump’s historic response to the COVID-19 pandemic:

“It was really good to hear the President talking about the things that those of us who are in those meetings with him on a regular basis hear from him all the time. I mean, he’s very well in command of the issues before us. We’re dealing with a lot of different challenges and the President seeks out the best information. But ultimately, if you look at what he’s done and he talked about it today – Operation Warp Speed, which is the President’s directive to get agencies like the FDA fully focused on finding a cure and a vaccine, and therapies, getting testing equipment approved so that we can have more of the 24 hour, and the 15 minute rapid testing.

“Those are all things that President Trump has done, giving orders to the folks that are working for him to move every piece of red tape out of the way to help solve this crisis, deal with the crisis, get the economy back on track. There are a lot of other issues that are going on and he’s in full command and is well aware of what needs to be done. And frankly, he’s making really good decisions. He doesn’t get the credit for the work that he does, but I think you saw today a President who is very well aware of what needs to be done and he’s doing those things and getting the full weight of the government to work for families so that we can get through this.”

On the unprecedented work of Operation Warp Speed:

“This is nothing short of revolutionary. I mean, name a time in the history of our country or with any kind of virus or pandemic that could possibly be cured within months. Usually it’s years. And we still have some diseases out there that have been out there for tens of years and still don’t have a cure. What President Trump did, and again, it’s called Operation Warp Speed, but really what it is, the President moved the red tape of federal agencies like the FDA out of the way so they can fully focus on getting a cure and a vaccine. And I’ve talked to the heads of some of these companies, and they tell me how much it’s helped them that the President’s moved this weight of the federal government behind their efforts because they’re now in stage three of testing in many cases of very promising drugs that have cleared big, big hurdles. We’re not talking about cutting corners, they’re just able to do this quicker. Getting thousands of people that have already gone through tests and have had very positive results.

“We already see Remdesivir out there being proven as a therapy but from vaccines that are already through multiple stages of testing. They’re not just going to wait, by the way, until they get FDA approval. Because if one of these drugs gets FDA approval in a month, some people, some other presidents might have waited then to start producing it. These companies are already mass producing these. They might have to throw them away if they don’t get approval. But if they’re FDA approved; you will see hundreds of thousands of vials of vaccine already manufactured. That’s what the President has done. This is President Trump’s biggest initiative, and he’s done some big things as you heard – getting the economy back once, he’s going to rebuild our great economy again once we get through this, but he’s focusing his efforts right now on getting the weight of the federal government behind curing this disease, getting a vaccine, helping people get through it. Every state that he’s gotten a request for aid from he’s given that aid. And again, he’s moved the weight of the federal government whether it’s FEMA, HHS.”

On the need to safely reopen schools:

“I’ve been with Dr. Birx and the Vice President last week where we were talking about reopening schools and how important it is to those children, over 50 million children are counting on us to figure it out and there’s medical research that was done. The American Academy of Pediatrics put out a solid study on how to safely reopen schools. Nobody’s trading safety with reopening schools or our economy, but some people are just saying, ‘Oh, it’s too hard to get done.’ President Trump is saying, ‘We have to keep doing the work to get it done.’ And you see his vigor, what he’s doing. I think it’s a big contrast to Joe Biden who hides out in a basement when you see him on tv you can’t even understand half of what he’s saying.

“President Trump is not only in full command, but he’s actually delivering real results. He doesn’t get the credit for it. But ultimately, when you see a vaccine come, when you see some of the other things that are in development, it’s only because of the things President Trump did to push federal agencies to make sure this is our number one priority. And I’m seeing very positive results, and I think a lot of other families based on what they saw today probably have a better view of where we are because he was at least able to articulate that going around the media’s filter.”