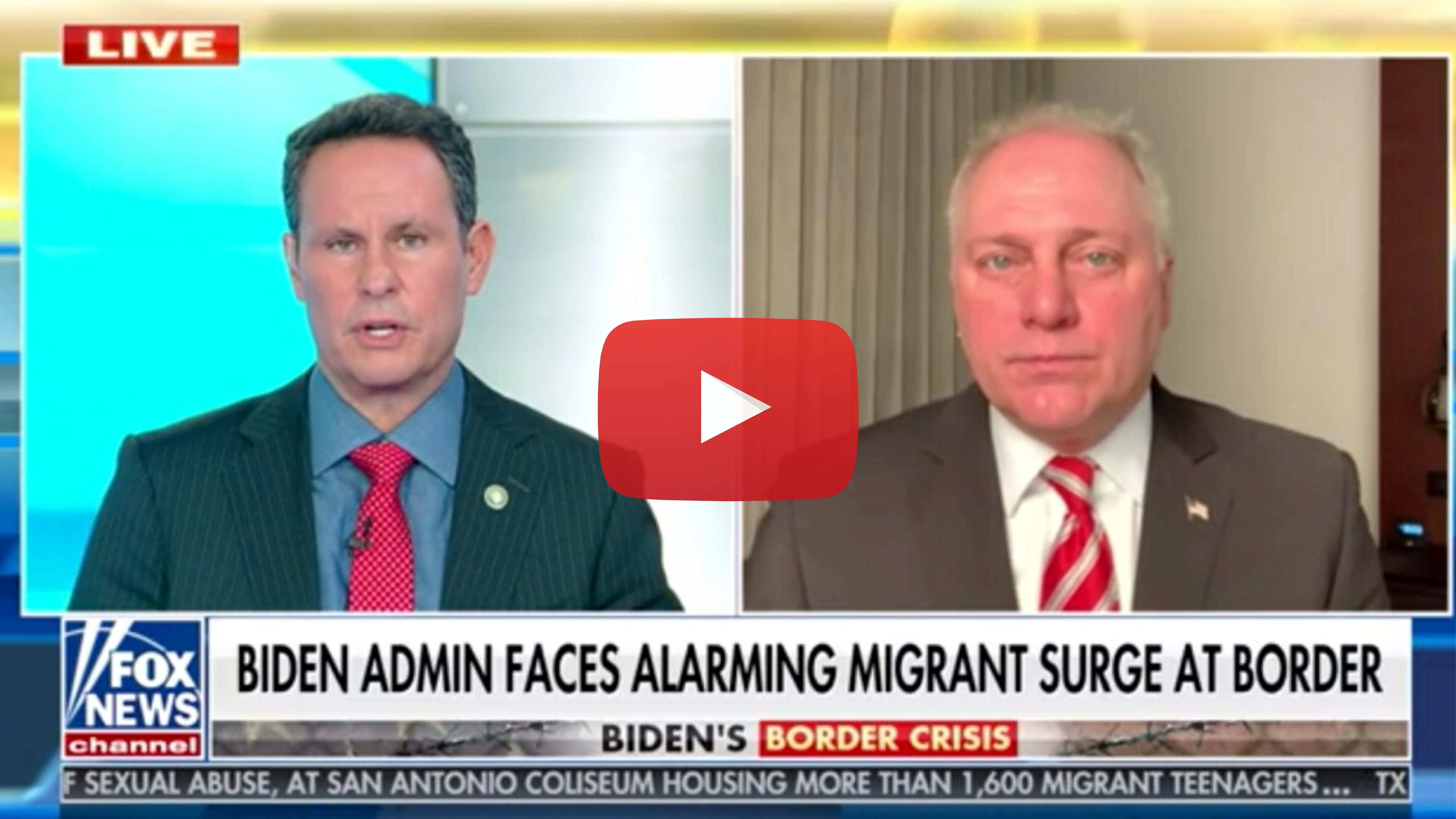 “Brian, I don’t know how [Nancy Pelosi] could even say that with any credibility because if you talk to anybody on the ground — I’ve talked to a lot of people that have been on the ground. It is beyond a disaster, what they’ve done, not only to these border towns — the mayors you hear them, Democrat and Republican, expressing outrage over what President Biden created.

“Joe Biden created this crisis, but the child abuse and neglect that’s going on —it’s not just the 20-plus day treks that some of these young kids are taking, 10 years old in many cases. Over a third of the girls are being sexually assaulted or raped along the journey. Then, they get to the United States and you’ve seen how they’re being treated: not given proper food and shelter, being, you know, put next to somebody [less than] six inches apart with COVID.

“All this is going on [at] the border. You can see why Vice President Kamala Harris either doesn’t want to have this dumped in her lap because Joe Biden created the mess and is asking her to mop it up, or else she’s in over her head. Either way, it doesn’t bode well for the United States. Our allies around the world, surely Mexico had worked with President Trump to come up with a good plan: the ‘Remain in Mexico’ policy.

“But think about this too, Brian, you’ve got now at least six people on the Terrorist Watch List that have been caught. They won’t tell us how many more, there’s no doubt there’s many more that have come across our border, and this isn’t from Central and South America. This is from Middle Eastern countries, other, other nations, where they have people on the Terrorist Watch List that know there is poor southern border, [security], and if you want to come and do harm to America, it’s free reign. It’s open season and this is dangerous for America, and it’s even more dangerous for these kids that President Biden’s policies have encouraged to come across, make the trek, and get sexually assaulted along the way.”

On what Congress can do to solve the crisis at the border:

“Look, there’s bipartisan interest in solving this. I think more and more embers recognize it’s a crisis. You see Henry Cuellar, a Democrat, as well as others that are expressing outrage with President Biden’s decision to create this, but you don’t have to reinvent the wheel.

“Again, the ‘Remain in Mexico Policy’ was working. You know, maybe just because Donald Trump came up with it, Joe Biden can call it his own idea and then redo what President Trump did that was working with Mexico. Mexico was not only defending our southern border, they were defending their own southern border and paying for it, and it was stopping that flow of migrants.

“They can’t even handle this surge that’s coming across our border. They’re taking over military bases, the Dallas Convention Center, all of them are getting overrun and the people on the ground are telling you they can’t control it’s got to stop. Joe Biden needs to reverse this deadly, devastating policy.”