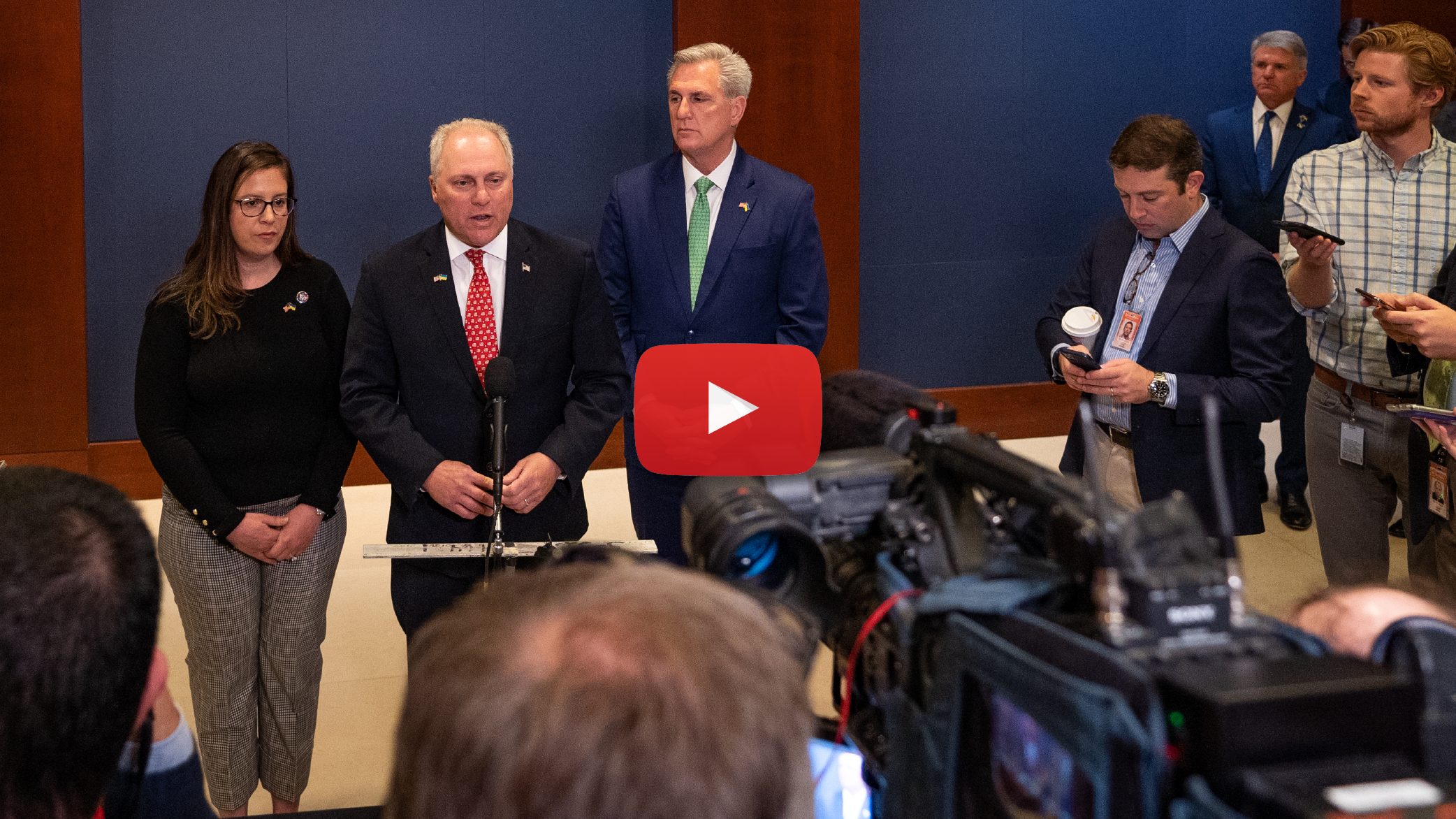 Whip Scalise’s remarks: “President Zelenskyy just gave an incredibly powerful address to Congress. And I think people got to see once again what we’ve [seen] for weeks, and that is just why President Zelenskyy is inspiring the people of Ukraine and people all around the world who are rallying behind these strong, incredibly tough people during a brutally difficult invasion by Putin.“When President Zelenskyy showed that video, you really got to see firsthand the sheer brutality of what Putin is doing inside Ukraine. It was very difficult to watch. It was heartbreaking. But it shows you that there’s nothing less than genocide going on in Ukraine by Putin and his army. And so, as Zelenskyy made a plea to the United States, to President Biden, he’s continued to reiterate that the people of Ukraine just want more tools to be able to defend their country, especially right now to be able to control the sky. And that’s why getting these MiGs in immediately is so critical. The longer President Biden waits trying to figure out excuses to not offend Putin, it’s costing lives in Ukraine. He’s got to make that happen. It’s a plea [that] Zelenskyy continued to make, as well as a plea for other things that I think the American people want to do to give them the tools that they need to defend their country.“So, as we look where we are, this is another opportunity for America to step up too and take away Putin’s leverage on energy. There’s no reason that Putin should be pocketing hundreds of millions of dollars a day by selling oil to America and the United States’ [allies] when we could cut that off right now by opening up our reserves, opening up areas that have been closed by President Biden to leasing so that Putin does not have that leverage over America or Europe to finance this brutal invasion. So, we’re going to continue to stand with the people of Ukraine and pray for them that are able to have the tools to defend themselves against what Putin’s doing.”