WASHINGTON, D.C. — House Republican Whip Steve Scalise (R-La.) joined Fox News Channel’s Fox & Friends this morning to reflect on his recovery from the Congressional Baseball Game practice shooting five years ago, where he nearly lost his life. Whip Scalise recounted how the brave U.S. Capitol Police and Alexandria Police Department officers saved both his life and the lives of several other Members of Congress that day on the ballfield. Whip Scalise will start in tonight’s game. 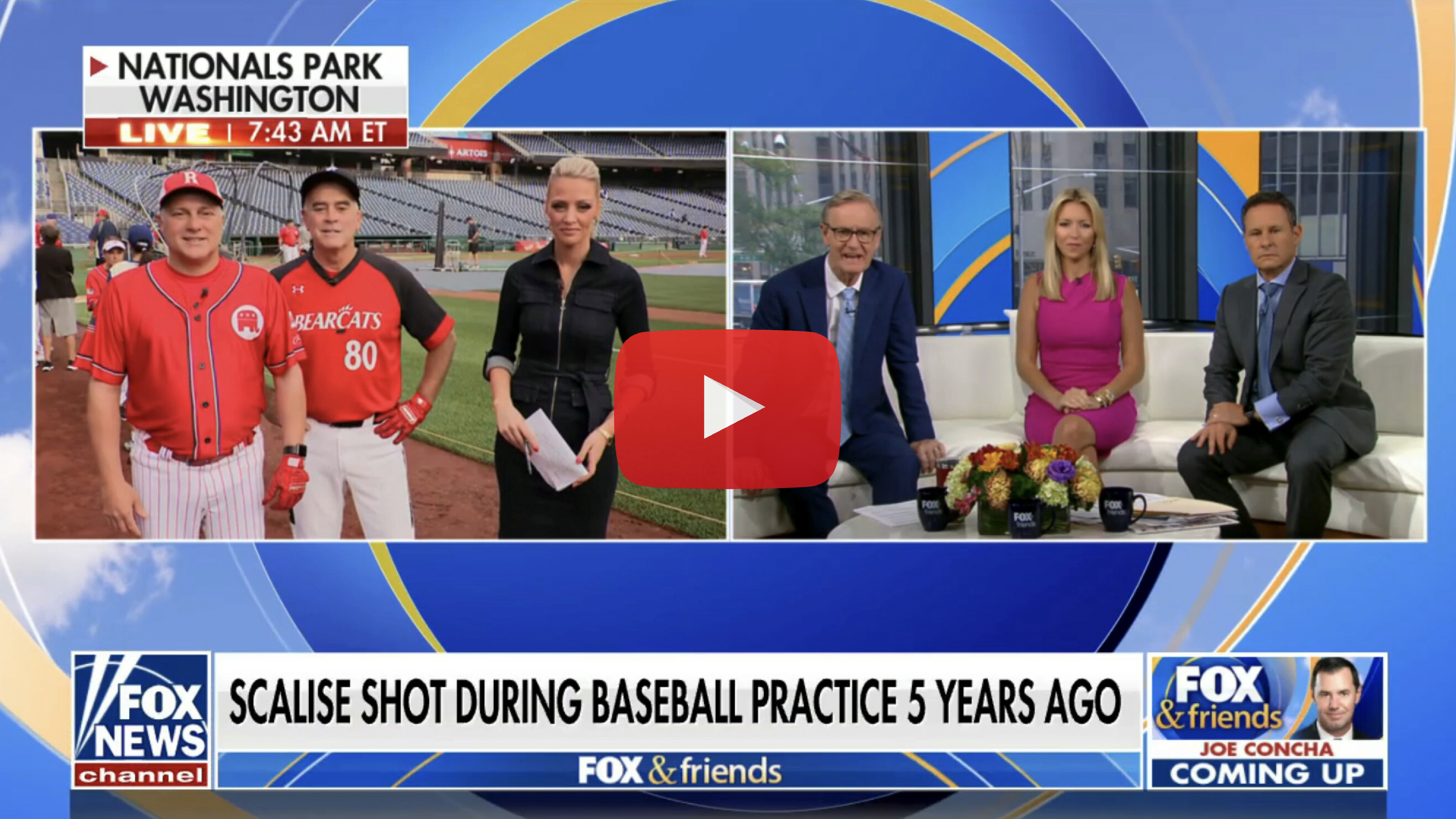