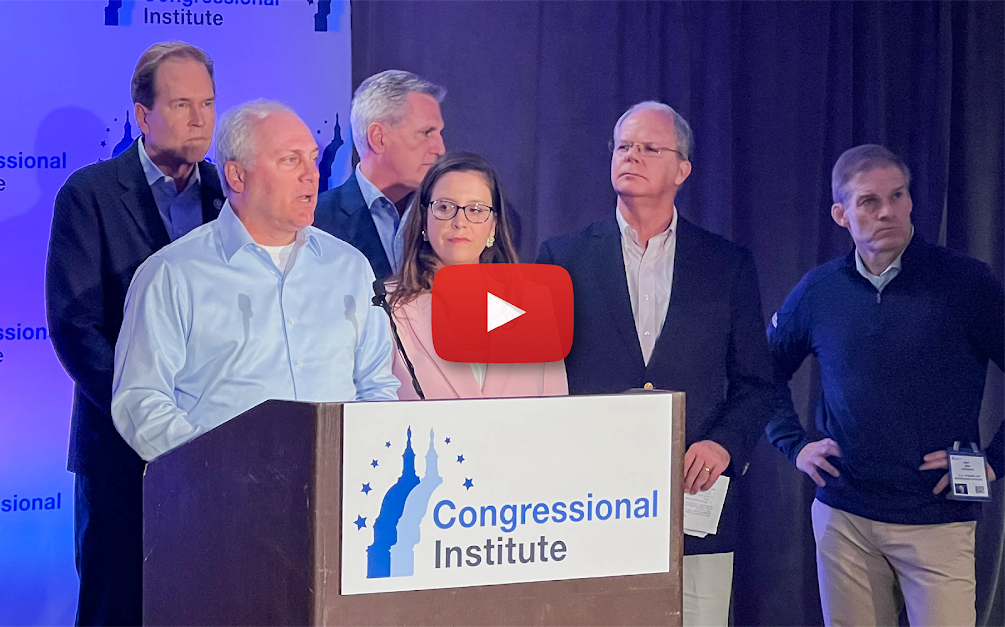 Whip Scalise’s remarks: “It’s good to see so many House Republicans coming together to work on real solutions to the crises that we’re seeing all across this country. No matter where you go, people are talking about the same things. They’re angry about the high prices they’re paying. They’re really angry with the far-left policies that [President] Biden and Speaker Pelosi have put in place that have gotten us to this point.“You know, when you look at the high prices at the grocery store, with a supply chain shortage, President Biden came in day one, started paying people money not to work. [This] created the supply chain crisis. Created a really tough time for our small business owners to get people working.“When you look at the high prices that everybody’s paying for gasoline – over $5, $6 a gallon that people are paying at the pump – they understand that it was [President] Biden who came in on day one and said, ‘No new pipelines, no new drilling for oil and gas in America. No new ability to export energy to our friends around the world.’ And it’s no surprise that just a year and a half later, you’ve seen the prices skyrocket well over 50 percent of where they were just a year and a half ago when we were an energy independent country.“We’re coming together to put ideas on the table to solve these problems. [President] Biden in the past has said, ‘You know, what [are] the Republicans’ idea to do to fix this?’ Well, the good news is we’re going to have a lot of good ideas to fix the border crisis, to fix the gasoline increases that we’ve seen, to bring down gas prices, to address inflation, to allow parents to have a role in their kids’ education.“I’d be really interested to see what [President] Biden’s approach will be when we’re in the majority when we put those bills on his desk. Will he sign or veto a bill to lower gas prices? We know he created these problems. People know that the spending that [President] Biden did when he walked in – not hundreds of billions, but trillions in new spending – are the things that are driving inflation, and they’re fed up with it.“But they really are excited when they hear about the solutions that we as Republicans are going to be rolling out later this year to go win back the House and start solving some of these problems that President Biden and Speaker Pelosi created.”