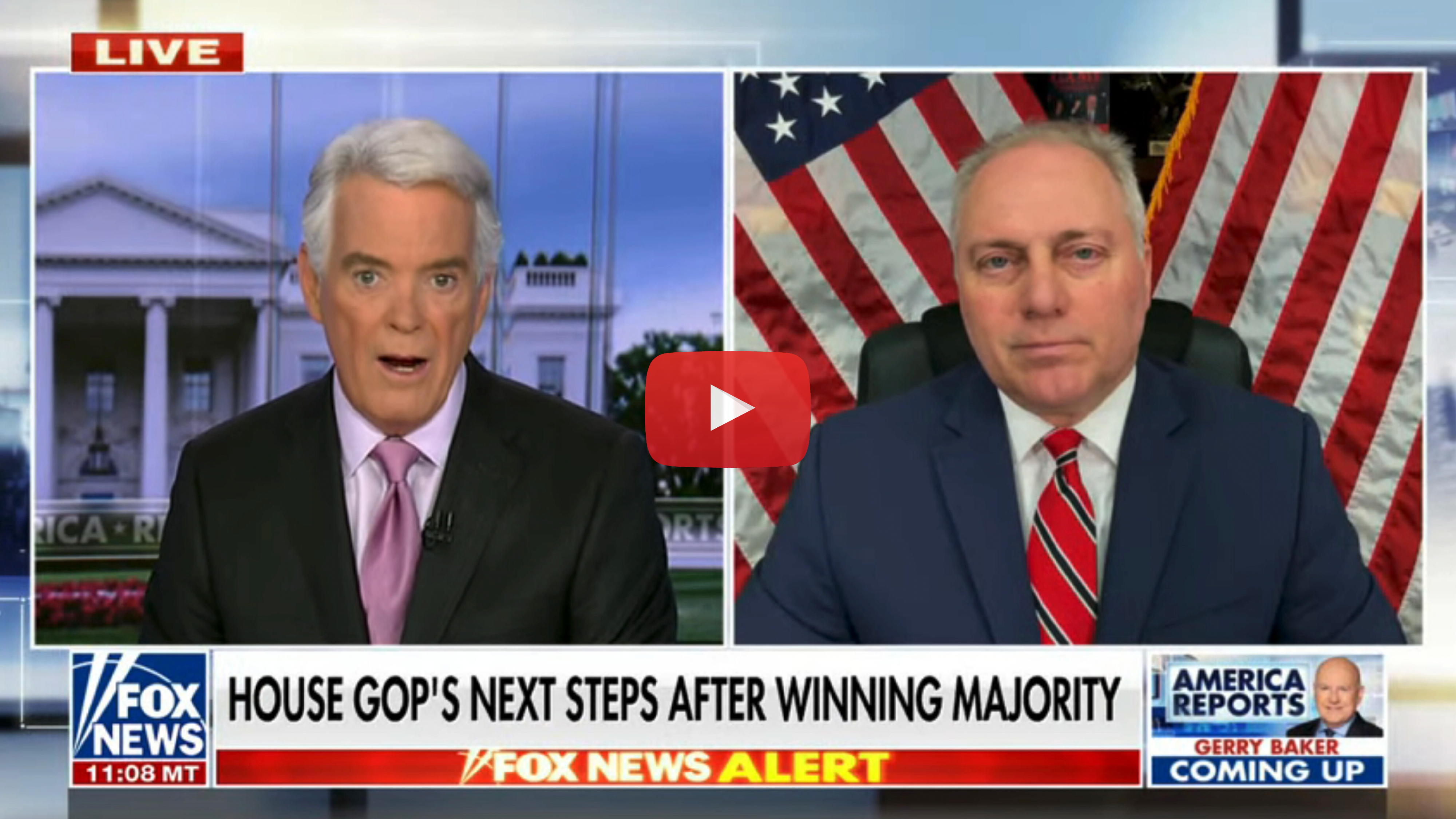 Highlights from the interview:On Democrats’ refusal to hold the Biden Administration accountable:“If you go look, we ran on a very specific agenda in this last midterm election. We talked about getting the economy back on track [and] addressing inflation. But we also talked about oversight – robust oversight that has been lacking dramatically for the last two years.“You haven’t seen any oversight into the Biden Administration’s very questionable actions on so many fronts, this being one, and there [are] a lot of others. And we said we would do both. You don’t just do one. We’re going to pass policy. We’re going to have oversight. And it can all go on at the same time, starting on January 3rd, and we’ve been making preparations.“In fact, if you saw that press conference with [Ranking Member] Comer and his Oversight Committee, these are questions they’ve been asking for months, and the Biden Administration has been stonewalling them. They should have been answering those questions months ago, but there will be subpoena power starting in January, and we’ll be able to get those answers. So, it’s not anything new.“Again, we ran on this. This was one of the top planks in our agenda, both addressing inflation, the border crisis, so many other crises, [including] energy, but also doing oversight that has been dramatically lacking for the last two years.”On the need for accountability in government: “What future Chairman Comer talked about is getting the facts and, you know, wanting to bring in Hunter Biden to get those facts. A lot of this came out of the laptop scandal, and if you go back to the 2020 election, you had the mainstream media trying to suppress that story.“Literally, you had the New York Post, their whole Twitter account was shut down because they were trying to talk about this story, and it turned out to be true. And now those are questions that are going to be investigated, and they’re questions a lot of people have been asking for a long time, and we’re finally going to start getting some of those answers.“Like I said, there’s going to be a lot of those issues that we’re going to be having questions about, whether it’s this Hunter Biden issue, whether it’s the origins of COVID, whether it’s what happened to the debacle in Afghanistan, [where] potentially $85 billion of the world’s best military technology was left behind to a terrorist organization. There are a lot of questions like that we’ve been asking, very vocally, [and the] Biden Administration has refused to answer. They’re going to soon start having to answer those questions.”On House Republicans’ plan to reverse Democrats’ self-made crises:“The good news is we have a lot of different kinds of committees in Congress, and Members of Congress come in with different platforms. They ran on different agendas. We didn’t all run on the same thing. Although we had an overarching agenda called the ‘Commitment to America’ that talked about the pocketbook issues that we would focus on, [the] social issues we’d focus on, [and] the accountability side that committees focus on.“You know, if you have an interest in energy, there’s [the] Natural Resources Committee [and] the Energy and Commerce Committee, which are going to be, by the way, very busy bringing out a robust energy policy so that we can show the country how we can get our economy back on track and not be dependent on foreign countries for our energy and it’ll reduce energy costs. “There [are] a lot of members that ran on the border crisis, and we’ve got committees like [the] Judiciary [Committee] that focus very intensely, [and the] Homeland Security [Committee], that focus intensely on the border, and there are a lot of members that are going to be doing really important work there too. “So, [the] good news is there’s a lot of places for people to go to do the work that they really want to dig into, and there’s going to be time to do all of that. We have a lot of problems in this country, and we ran on fixing these problems and passing bills through the House to address it.”