WASHINGTON, D.C. — House Majority Leader-elect Steve Scalise (R-La.) joined the newly-elected Republican leadership team for the 118th Congress to discuss how House Republicans are ready to spend the next two years fighting for the American people. House Majority Leader-elect Scalise emphasized that Republicans are ready to implement their ‘Commitment to America’ agenda, which will reverse Democrats’ self-made crises. 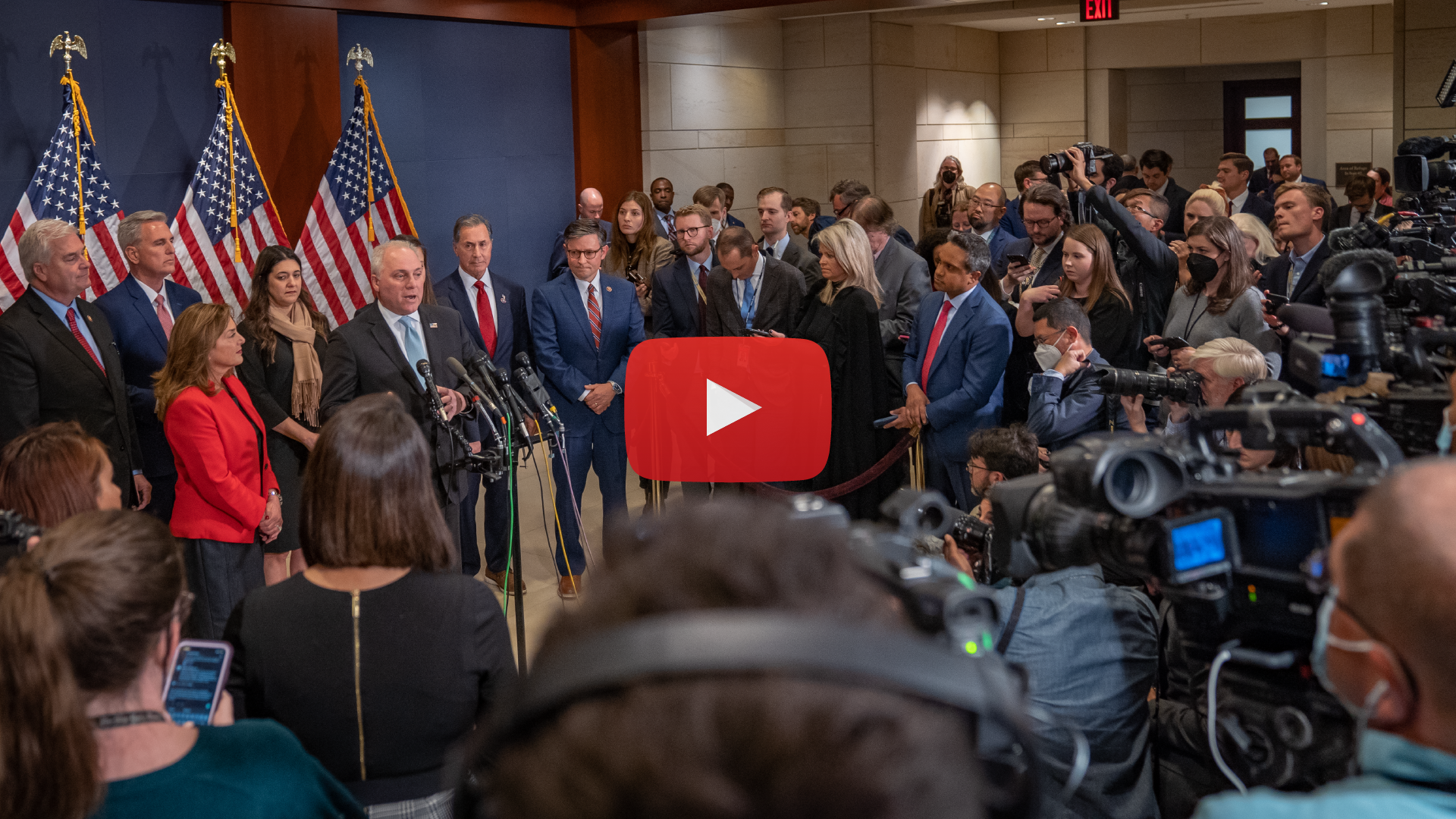 Click here or on the image above to view Majority Leader-elect Scalise’s remarks.
Majority Leader-elect Scalise’s remarks:“People all across America went to the polls last week to elect a Republican House majority that will fight for them. And if you look everywhere from Portland, Oregon, down to South Florida, we flipped seats from Democrat to Republican, with candidates that were running on the ‘Commitment to America.’ [Running] on an agenda that’s focused on lowering inflation, reducing energy costs, securing America’s border, combating crime where we can give police the tools they need to keep our community safe and return safely to their families, [and] get parents more involved in their kids’ education.“As the Majority Leader, I really look forward to bringing those bills to the floor through a committee process that’s open again. We’re going to make Congress work again. Not only any proxy voting where people can show up to vote, but where the committees meet in person again to debate things that are important to the hardworking families who are struggling under this Biden agenda.“So, it’s going to be an exciting time. We’re ready to go to work for those hardworking families all across the country.”