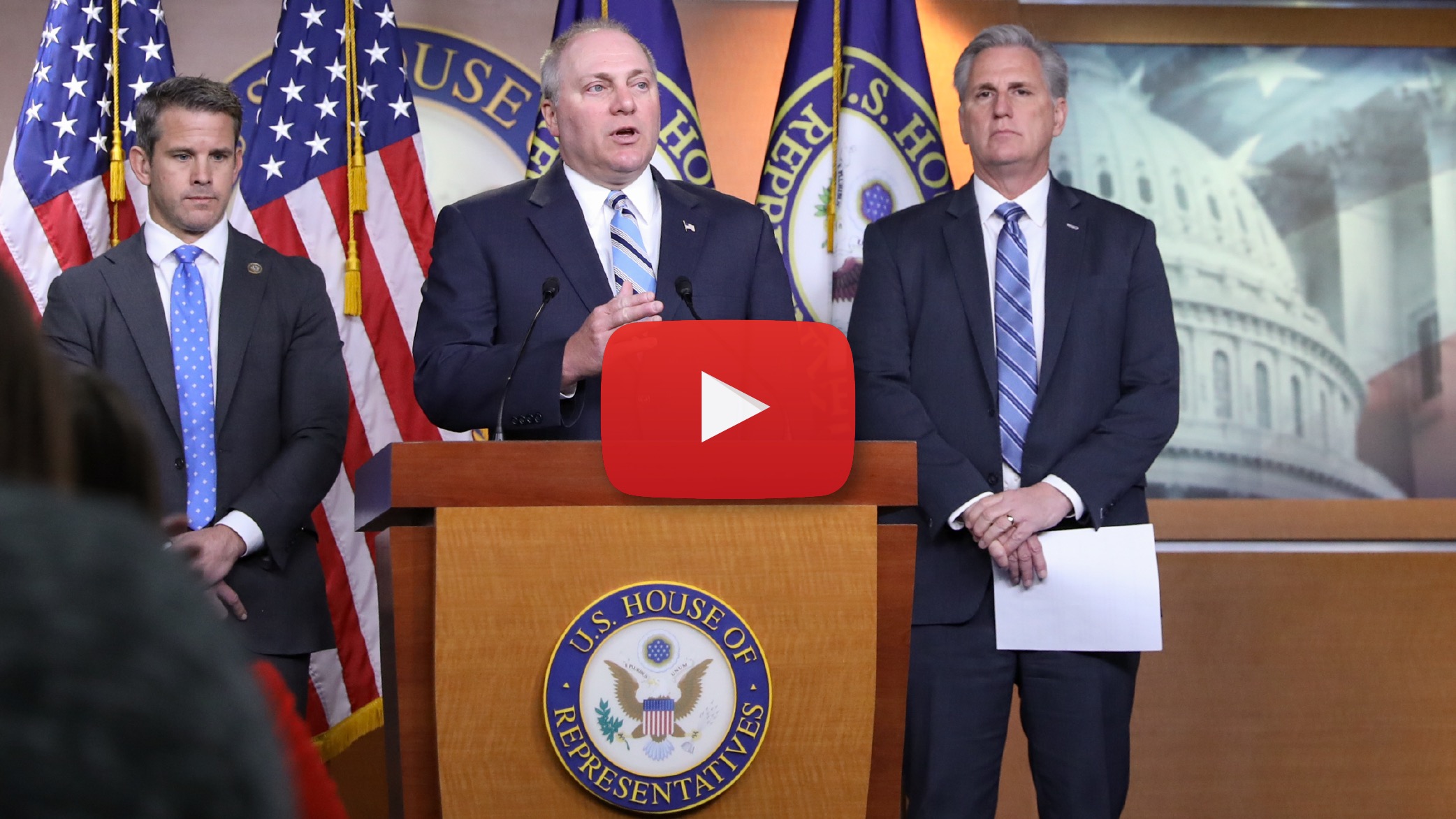 On the urgent crisis at the southern border and President Trump’s declaration of national emergency:

“I want to first thank Adam Kinzinger (R-Ill.) for his service to our country, not only as a member of Congress, but even as he serves as a member, he also serves in the National Guard. He just explained importantly why this is a national emergency and what we need to do to support the President to make sure that our men and women who are at the border risking their lives to keep our country safe have the tools that they need.

“That’s what this national emergency declaration is all about, making sure that our Border Patrol agents who have identified the areas where we need to build the wall in the most urgent way … have enough tools.

“We’ve appropriated some money for the President to build more new wall. There are other areas that the President’s identified that he can access, but ultimately you continue to see problems arise at the border. For Nancy Pelosi to say that this is not a crisis is completely denying the reality of what’s happening at our border.”

On the real risks an open border poses to American families and communities:

“In Lake Charles, Louisiana, just a few days ago, somebody who had come to our country illegally and committed sex crimes against a child and served prison time was deported in 2016. He somehow made his way back to the United States. Who knows how many more crimes he committed against children, but because there’s no border, there’s no physical barrier to control our border, he was able to come back. This happens every single day in America.”

On the legal precedent supporting President Trump’s declaration of a national emergency:

“The President is using the legal tools that are available, including this law that goes back to 1976, which allows him to declare this emergency the way it’s been used dozens of times. Nobody’s ever challenged or questioned the constitutionality until now.

“At the same time, the President is on strong legal ground to declare this emergency. When you see the vote today, there will be nowhere near the votes to override a veto.

“This emergency declaration will be upheld, even if it makes its way through the Senate, which hopefully it doesn’t get past the Senate. Ultimately, we are going to stand with the President in making sure we can secure this border and confront this national crisis that’s taking lives every single day.”