WASHINGTON, D.C.—House Republican Whip Steve Scalise (R-La.) joined Fox News Channel’s The Ingraham Angle to discuss Vice President Mike Pence’s visit to Louisiana to discuss reopening schools in the fall. Whip Scalise stressed the importance of safely reopening our schools in order to protect the development and welfare of our students, and as a critical component for getting America back on its feet. 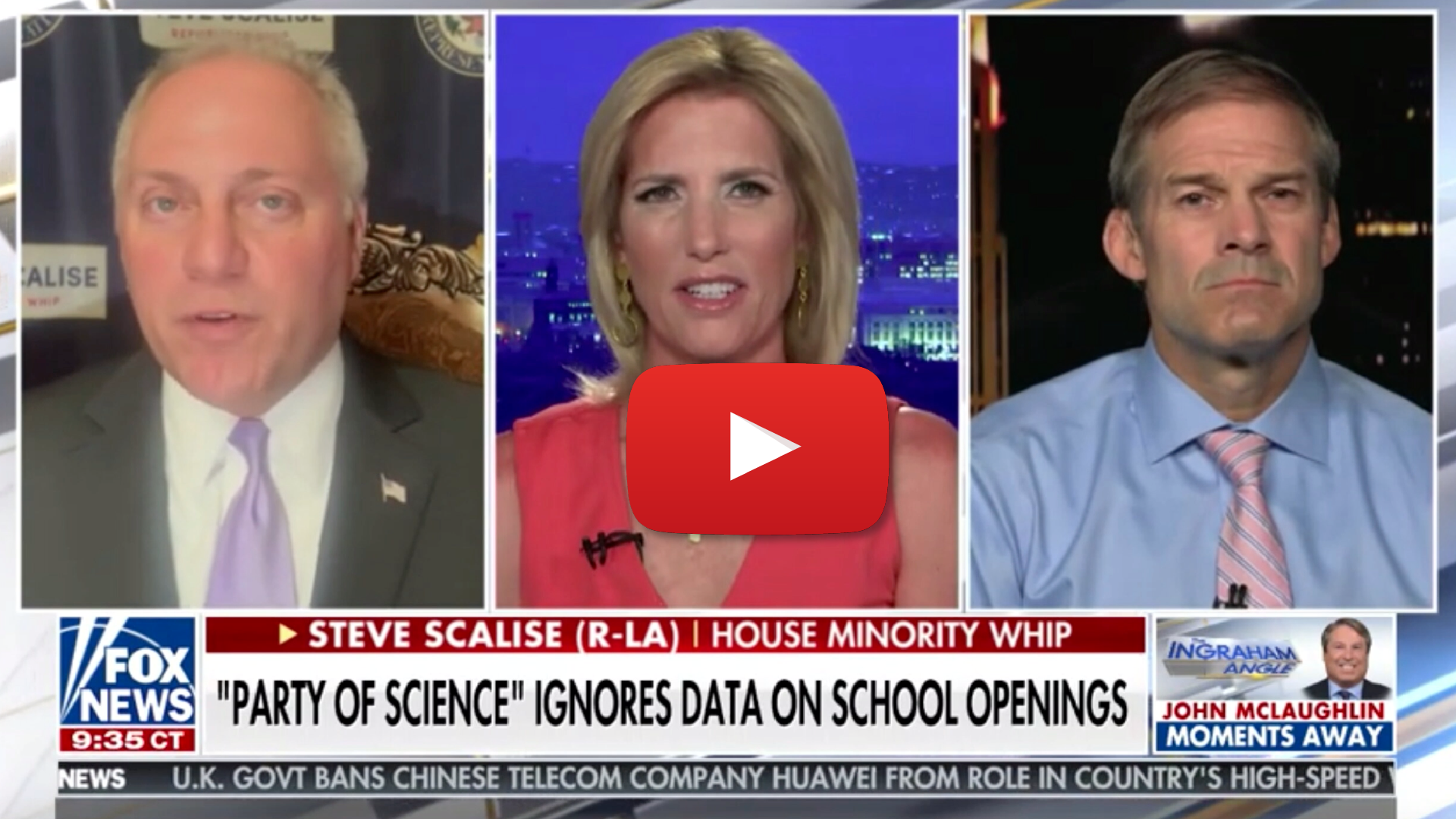 “Vice President Pence came today, we actually did the event in Tiger Stadium. And we had the president of the LSU system, we had the president of the Southern University system. We had our Governor, John Bel Edwards, as well as a number of other educators and members of Vice President Pence’s team talking about reopening schools. And we’re planning on reopening schools in just a few weeks. And both of the system presidents talked about what they’re doing to have kids safely come back to college. I was at a high school earlier today talking about their plans to safely reopen.

“Look, this is America, Laura. We put a man on the moon. We stormed the beaches of Normandy. We know how to get things done. And these people that are sitting in a room going, ‘Oh, gee whiz, we can’t do it,’ that’s not the attitude we need right now. The real question should be not whether or not to do it, but how to do it safely, and we can do it safely. And I’m glad that states like mine are moving forward. We need to get every state to do it for the health and benefits of these children that don’t need another six months of homeschooling.”

On the need to safely reopen schools to protect the health and welfare of our students and working parents:

“You’ve got to think about the health and welfare of the kids. The whole purpose of a public school system is to serve the children. And look, it’s a cop out to say, ‘Oh, we can’t figure out how to get it done.’ Of course we can. This is America. And there are good school systems that are figuring out how to do it and are doing it safely. The kids, by the way, they’re going to be out playing with their friends. They’re going to be doing other things. It’s much better to have them in a controlled environment in a school where, number one, where they are learning, so we’re not holding our kids back. But where they’re also being around people where they all have to have masks. The schools have their own protocols, and they’re going to keep these kids safe. But we’ve got to get kids back in school. It’s important for the health and welfare of those kids. It’s also important for our economy so that the parents are able to get their kids back in school again, too.”