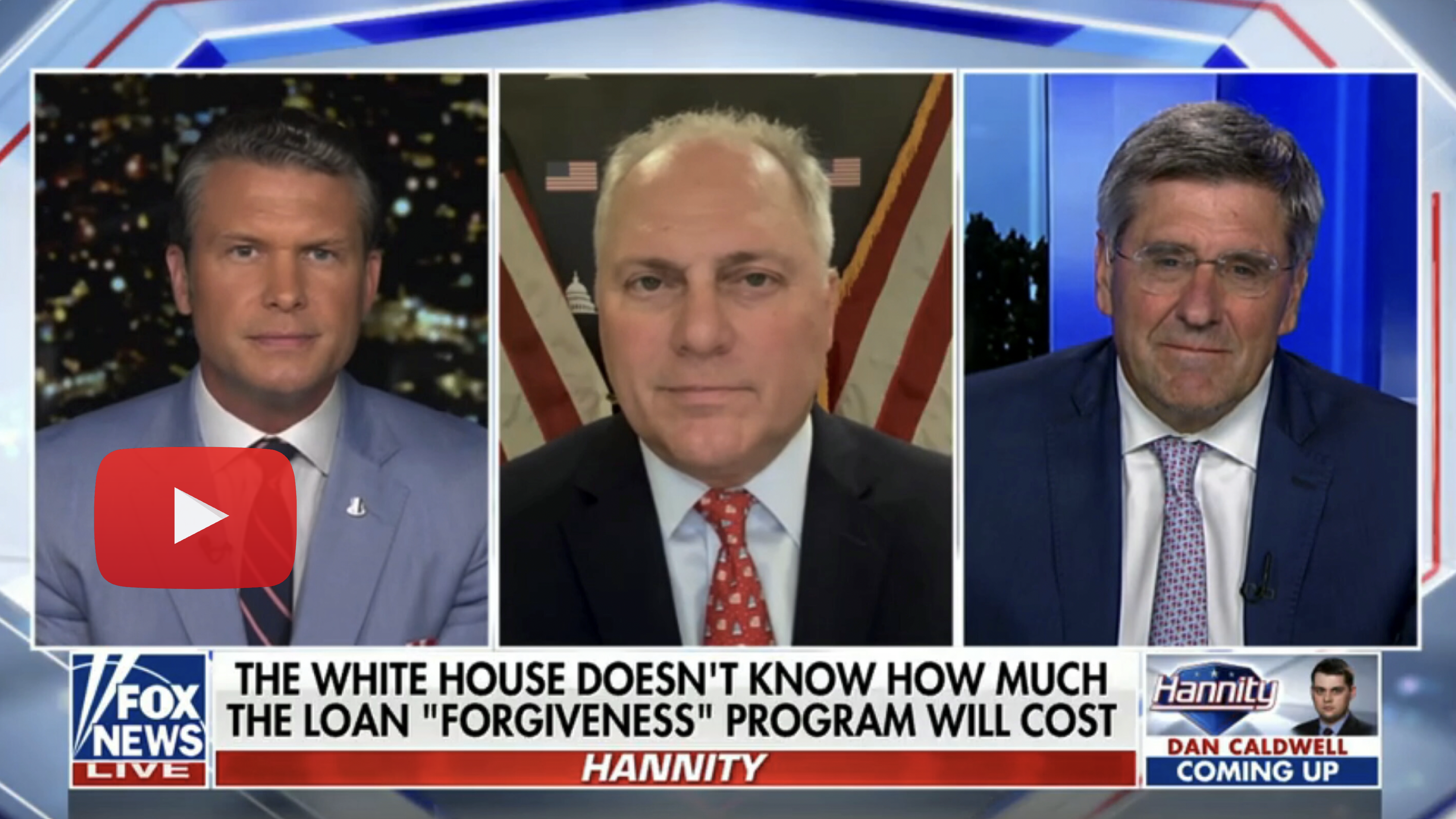 On the negative ramifications of canceling student debt:“Many are questioning, including myself, whether that’s even legal to do. [President] Biden himself was speculating that it might be illegal about a year ago when he was talking about doing this, yet he did it anyway. They all know it’s going to add to the deficit and the debt. I’m seeing numbers that maybe it’s over $500 billion dollars in deficit spending, in addition to what they did last week, again, a $730 billion tax increase, plus 87,000 IRS agents to go after middle class people. “All of this is, by the way, going to increase inflation. Inflation is driven by all the mad trillions and spending you’ve already seen. Add another over a trillion dollars into deficit spending just in a week and look at what that’s going to do and all to do what? To shift income, about 85 percent of Americans don’t have any student loan debt, and they’re going to be paying for about 15 percent of Americans who do. You know, is that a wealth transfer? And from what, because they didn’t get a good education? They should go ask for a rebate from the college, not from the hardworking taxpayers of America.”On President Biden’s costly and illegal debt cancellation plan:“It’s horrible policy and horrible politics. Only [President] Biden could do a double whammy there where you’re seeing the left even go after this just as the right is going after it. You know, Stephen Moore talked about some great points there too.“But when you think about why there’s a student loan program, it’s to help people go to college [and] graduate. Look, I went to LSU. I paid in part with student loans, and I paid every dime back. What about the millions of people who do pay their loans back? What are you telling them? And don’t forget, they took over – they meaning the federal government – took over the student loan program under [President] Obama to pay for Obamacare. And then you saw a mushrooming by the way in student loan debt because the federal government was encouraging more student loan debt because they needed to pay for this massive growth of a new program called Obamacare. Where’s that going to be?“That means they’re just blowing a $500 billion hole now in Obamacare too. And, for what again? To take money from one group of people and give it to another? This is insanity. It’s not legal. I think you’re going to see challenges to it. But the fact that [President] Biden is willing to do it tells you a lot about how misguided they are on inflation, on deficit [spending], and what’s driving all of these massive problems.”