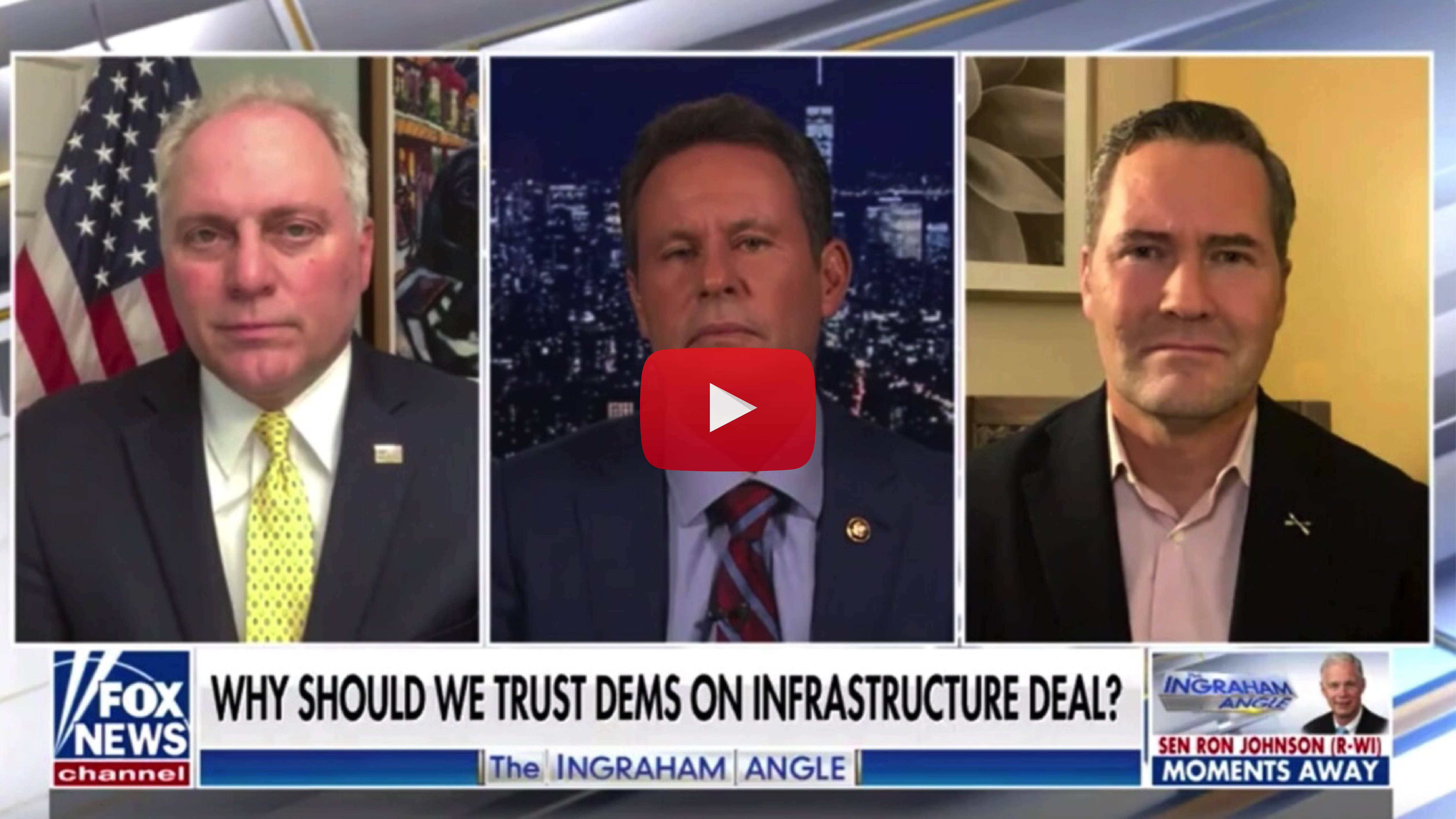 “Well, Brian, I think there are serious problems with it. And look, let’s keep in mind Speaker Pelosi’s made it crystal clear that the infrastructure bill is not only the gateway drug but it’s directly linked to the reconciliation bill, which is their ability to go raise taxes. So, it’s not only three and a half, four and a half-trillion dollars. You can’t even track how many trillions because they don’t want to show you the text, as you just mentioned. But the other part of that is the reconciliation bill to raise taxes and kill jobs in America, run jobs to foreign countries. That’s what they really want to do. And Speaker Pelosi, she’s not hiding it. She actually said she’s not bringing up one without the other. So they’re directly linked together. It’s not about infrastructure. It’s about all of those other things. The Green New Deal, all the far-left policy and tax increases that will kill American jobs and raise costs that are already going through the roof with inflation.”

On President Biden’s COVID super-spreader crisis at the southern border:

“Look, we’ve already got a border crisis because of Joe Biden’s crazy policies where now they’ve not only got a border crisis; it’s a super-spreader crisis. We see the delta variant coming in widely and now the lambda variant coming in through the southern border because they’re admitting their COVID-positive [migrants]. You can’t fly back from America as an American citizen from Mexico without proving you’re COVID-negative. But if you’ve come here as an illegal saying you’re COVID-positive, they let you into the inner cities of America.

“And so, what you’re seeing, they want to [include] the whole liberal wish list in the reconciliation bill. So, it’s tax increases, it’s the Green New Deal, and now, President Biden is finally tipping his hat; it’s about amnesty too. They’ve got an endless wish list of radical ideas that they can’t get in any other way, except the reconciliation, but the only way they get it is tying it to that infrastructure bill. We’ve got to break the two apart.”