WASHINGTON, D.C. — House Republican Whip Steve Scalise (R-La.) joined Fox News Channel’s The Story with Martha MacCallum this afternoon to discuss the troubling fact that Dr. Fauci did not share that the coronavirus strain possibly originated from a lab in Wuhan, China with Members of Congress and President Trump’s White House Coronavirus Task Force at the beginning of the COVID-19 pandemic. Additionally, Whip Scalise criticized the Biden Administration’s out-of-control spending for raising inflation and increasing the cost of everyday goods at the grocery store. Whip Scalise called out President Biden and Transportation Secretary Buttigieg for prioritizing their far-left liberal wish list instead of working with Republicans to negotiate a transportation package that would rebuild real infrastructure like roads, bridges, highways, and tunnels. 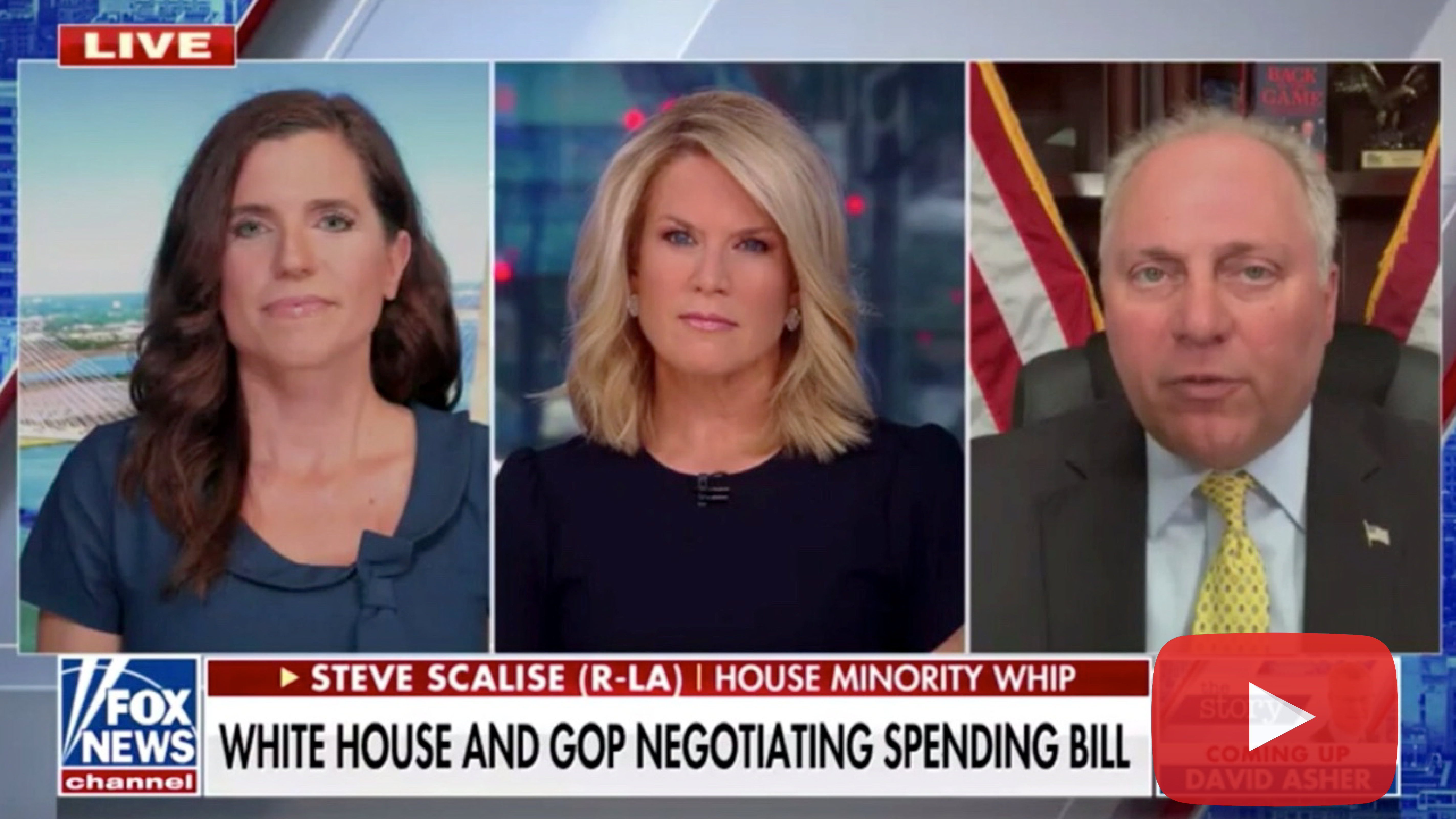 On Dr. Fauci acknowledging that the COVID-19 strain looked unusual:

“What goes through my mind, I think like a lot of other people, is why didn’t all of us know this a year ago? We were suggesting well over a year ago that this could have started in a lab because we were hearing reports. And you heard stories about a few of the people that worked in the Wuhan lab getting sick. [It] just so happened to be right around the corner from the wet market. And yet, all of us who were saying we should have an investigation into the origin were called conspiracy theorists and other things. And then, in the meantime, while there was silence from the medical community, we find out that Dr. Fauci and others were e-mailing each other about the very possibility that it did start in that Wuhan lab. Yet, they surely didn’t share it with us. And I’ve heard people in the White House saying that wasn’t shared with President Trump’s team that was designed to look into the Wuhan virus and deal with it.”

“Where does Mayor Pete think this money comes from, Martha? You know, maybe when he was Mayor of South Bend, a $100 million might have seemed like a lot of money. Now they talk about trillions of dollars as if it’s just paper that falls from the sky. One of the reasons we’re seeing inflation right now and a slow down in different parts of our economy — huge price increases for food, for gasoline, for lumber — is because they’re printing money like it’s going out of style. And when [Secretary Buttigieg] balks at hundreds of billions in agreed-upon paid-for money because he wants to spend trillions of borrowed money from our kids and our grandkids, it tells you just how out of touch he is with mainstream America. And President Biden needs to work with Republicans if he’s going to get something that actually works. And Joe Manchin, by the way, laid that marker down in a very big way with the op-ed that he wrote yesterday.”