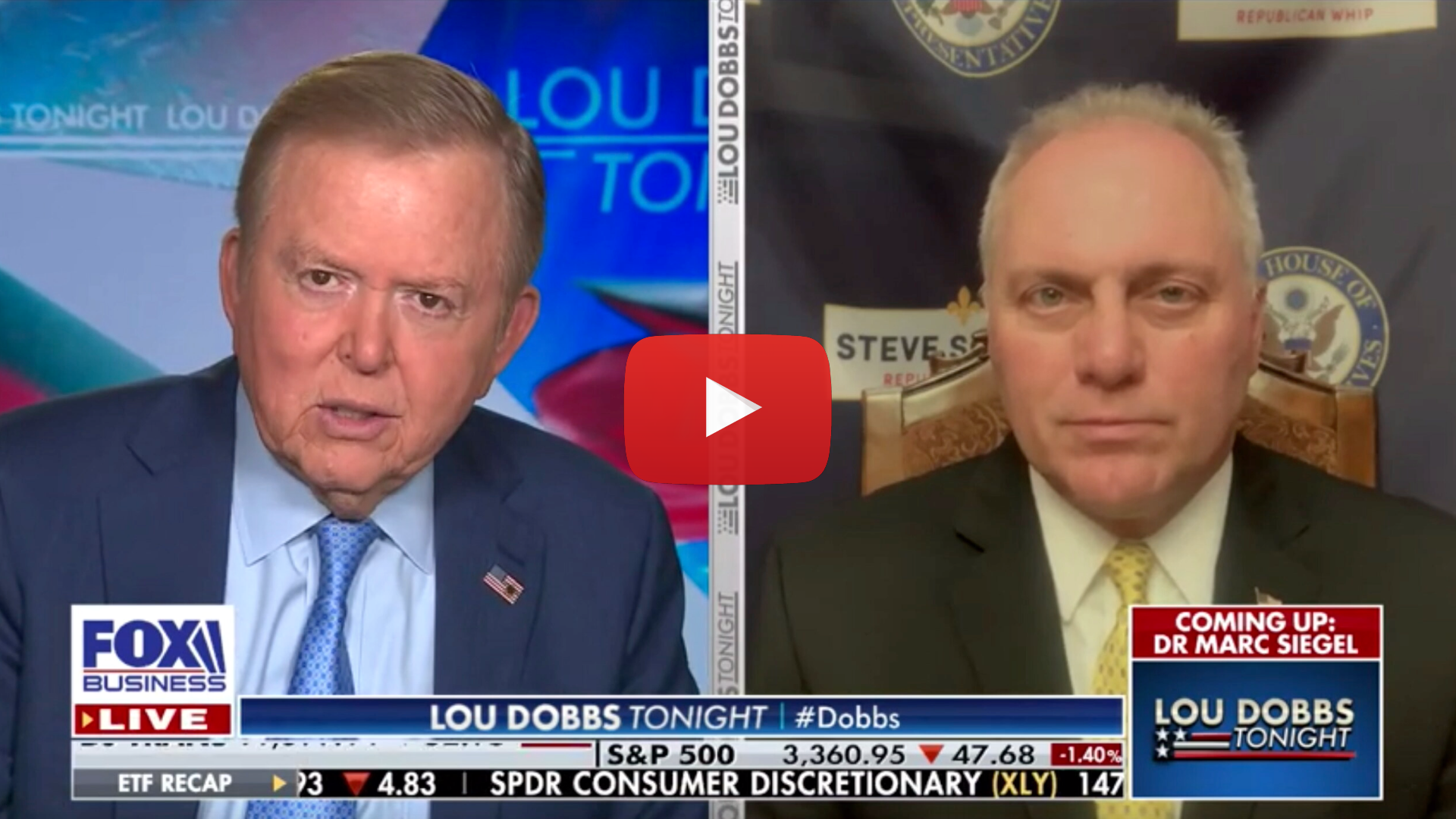 “I applaud the President’s patience in trying to get an agreement with Speaker Pelosi. The problem has been she’s always moved the goalpost. And if you just look at the bill she passed just a few days ago on the House Floor, it shows how unserious they are. They literally had billions of dollars in there for people here illegally to get $1200 checks from the taxpayers of America. They had that money in the bill. They had over $250 billion to bailout failed states.

“We’ve been fighting just to get relief to small businesses and families who are struggling. If you look at Heroes Act One versus the latest Heroes Act, she actually defunded police from $600 million from one bill to the next, but fully funded illegals. That makes no sense. President Trump said ‘Enough is enough, I want to help families, I’m not here to give billions of hard-earned taxpayer dollars to people here illegally.'”

“These are self-inflicted wounds. Look at New York, they’re [considering] shutting their whole city down again in the city of New York. Businesses are fleeing New York in droves because you look at the states that are saying, ‘Look, we know the virus is out there, there’s smart science, there’s good protocols for how to safely reopen schools or businesses, let people do those things safely.’ And instead, cities like New York are shutting everything down and crushing, crushing these small businesses, crushing the opportunity for people. And people are dying, by the way, look at the non-COVID related deaths right now. They’re through the roof in states like that. And so, to send them hundreds of billions of dollars of our hard-earned money to continue shutting their economies down, it’s their bad decisions that are killing their cities. Open things back up again safely using the scientific protocols that are out there.”

On the enthusiasm for President Trump:

“The enthusiasm continues to be off the charts for Republicans. I get to go to a lot of these swing districts in the swing states. I was in Michigan and Minnesota just recently. I’ve been to Florida recently. You see so much tremendous enthusiasm for President Trump and for our House Republican candidates who are trying to win back a lot of these seats where a Democrat ran saying they were going to be pro-life, pro-gun, and vote against Nancy Pelosi, and they’ve got an F-rating with National Right to Life, an F-rating with the NRA, and they’re voting down the line with Pelosi and AOC. It’s not selling in a lot of those places.

“Look, they’re pulling out all the stops on the other side. You had Michelle Obama out again today pleading with people to vote. Nobody can get excited about Joe Biden so they’ve got to scare people, they’ve got to frighten people, they’ve got to attack our President every single day. He’s in the hospital and they’re attacking the President. I mean, this is disgraceful. You talked about it a little while ago with Newt, with the Speaker. People see this, and it’s angering a lot of folks who are saying, ‘I might not tell a pollster what I’m doing, but I’m showing up and voting for Donald Trump.'”