WASHINGTON, D.C.—House Majority Whip Steve Scalise (R-La.) joined Fox Business Network’s Sunday Morning Futures with Maria Bartiromo to discuss the stark contrast in the Democrat and Republican party agendas on issues ranging from the economy, immigration, and health care. While Minority Leader Nancy Pelosi (D-Calif.) calls for higher taxes and a government takeover of the American health care system, Republicans are pledging to continue advancing legislation that will grow the economy and continue the success of the Tax Cuts and Jobs Act. 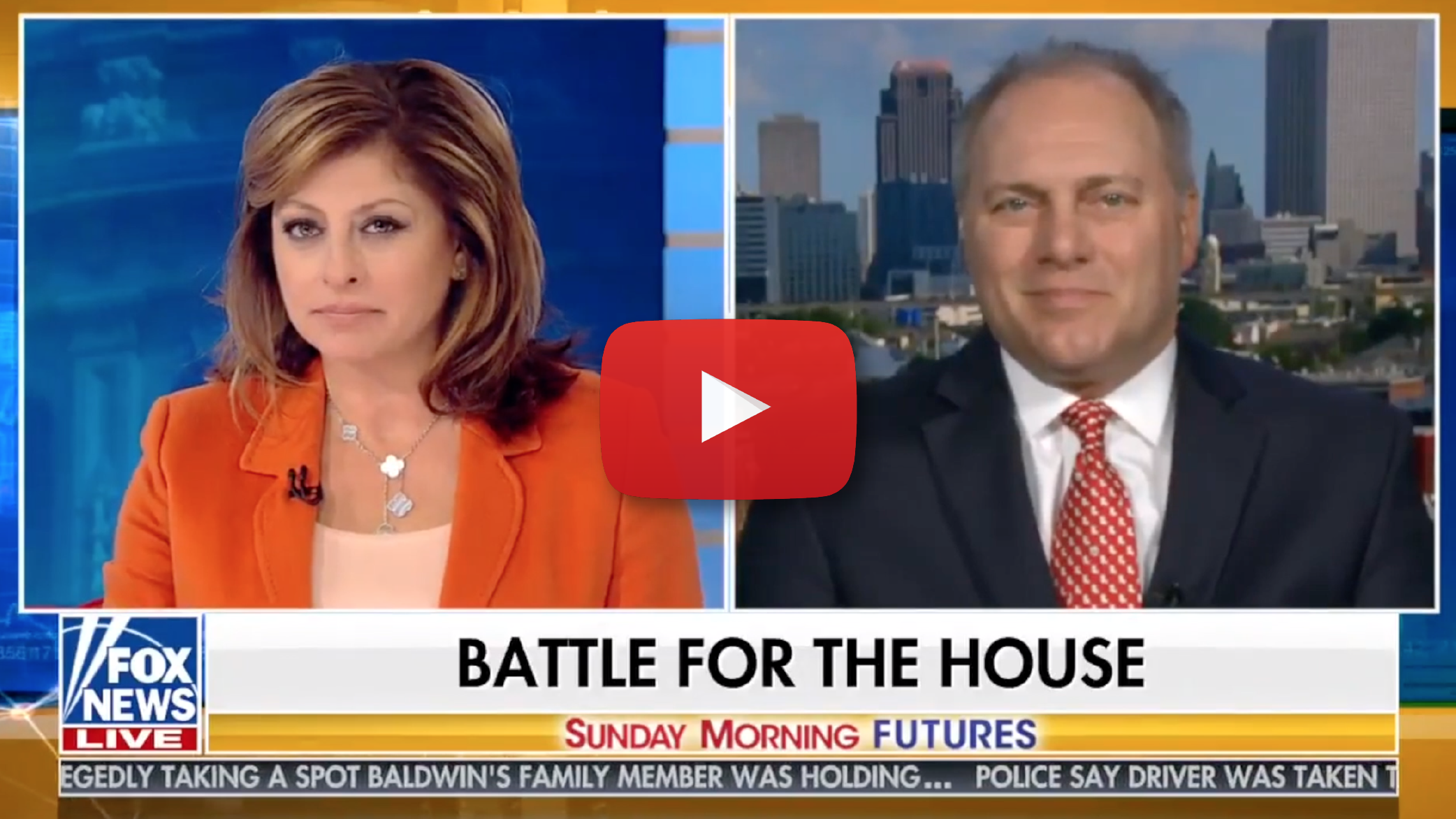 On the contrast between Democrats and Republicans:

“…I think when you listen to Nancy Pelosi, you ought to take her at her word. She says she wants to take away your tax cuts. These tax cuts that have been working so well at getting the economy going again and putting more money in families’ pockets.

“Look, hardworking families out there, they like what’s happening with this growing economy and they know that Nancy Pelosi wants to go the other way. When they see this caravan coming over, they hear Nancy Pelosi saying she wants open borders. [Democrats] want to abolish ICE. They want to get rid of those border agents that are keeping our communities safe from opioids.

“That’s not where the country wants to go. I think we ought to take Nancy Pelosi at her word in what she wants to do if she were to get power again, but I don’t think the country is there. I think they like the success they’re seeing.

“They’re not tired of winning yet. They want to win some more. And let’s hold this House. Let’s grow the number of Republican seats in the Senate and keep working with President Trump to get this country going again, and get this economy moving even stronger.”

On the top issues on Americans’ minds:

“…This growing economy is still the top issue.

“I think people see through that. They want national security. They want a strong America… We’re a great, rich nation of immigration. We’re a country that lets more than a million people into our country every year legally.”

“Yet, we are a nation of laws, and people want to see our border secure. They don’t want to see thousands of people just saying, ‘We don’t care about your laws, we’re coming in anyway.’

“They’re glad that President Trump is standing up saying, ‘We’re going to secure the border of this country.’ Let’s keep growing the economy. That’s where people are right now.”