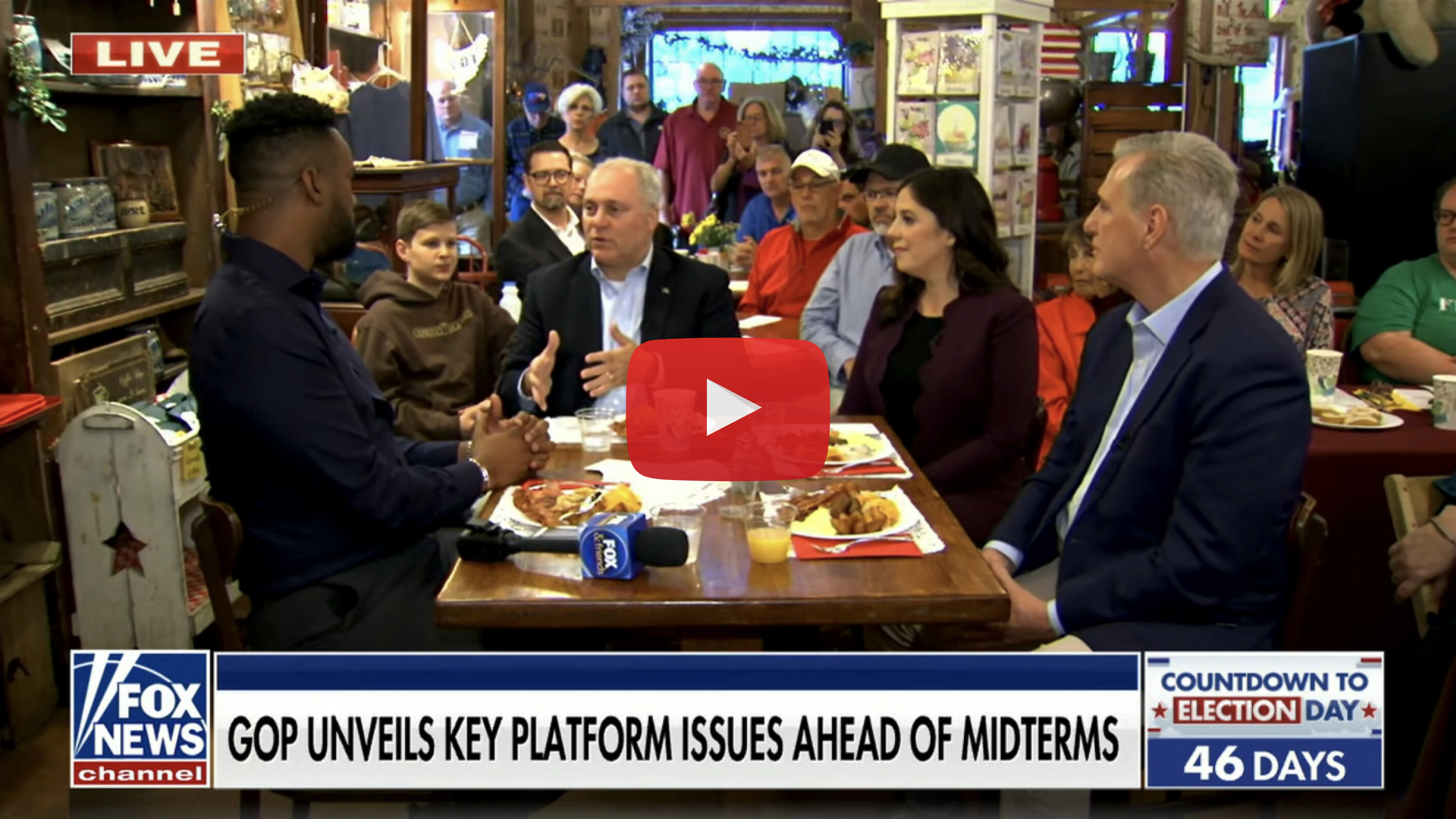 On House Republicans’ plan to stand with law enforcement and reduce crime:“As somebody who was born in the city of New Orleans, it angers me when I see the direct result [of] liberal policies. They went out and defunded the police. So, we’re woefully understaffed [in] the New Orleans Police Department.“You saw people running for [district attorney] and sheriff saying they were going to let people out of jail. Well, guess what happens when you say that? The criminals are listening. The criminals know that they can go commit more crimes, and they do.“So, most people in any community want to be safe. In the ‘Commitment to America,’ we talk about making communities safe again and [an] America that’s safe because, frankly, it’s out of control right now in so many big cities. Because whether it’s [President] Biden [or] Speaker Pelosi, they’ve pushed these policies that have not only defunded the police, but now they’re embracing cashless bail. They’re embracing the policies that are making our communities less safe. It’s not just at the border. It’s in every big city in America, and it bleeds out into other communities.“We’ve got to reverse that trend, and by telling the American people we’re running, not just against what they’re doing, because I think most Americans don’t like what [President] Biden and Speaker Pelosi and the far-left are doing, but we’re telling people what we’re for. What we will do with bold conservative ideas to turn this country around [and] rebuild an America that’s strong.”