WASHINGTON, D.C.—House Republican Whip Steve Scalise (R-La.) joined Fox News Channel’s The Story with Martha MacCallum before yesterday’s Congressional Baseball Game to share how meaningful it is to him to return to the field two years after the shooting. Whip Scalise paid special thanks to the heroes who saved his life, including Special Agents David Bailey and Crystal Griner, and Rep. Brad Wenstrup (R-Ohio). 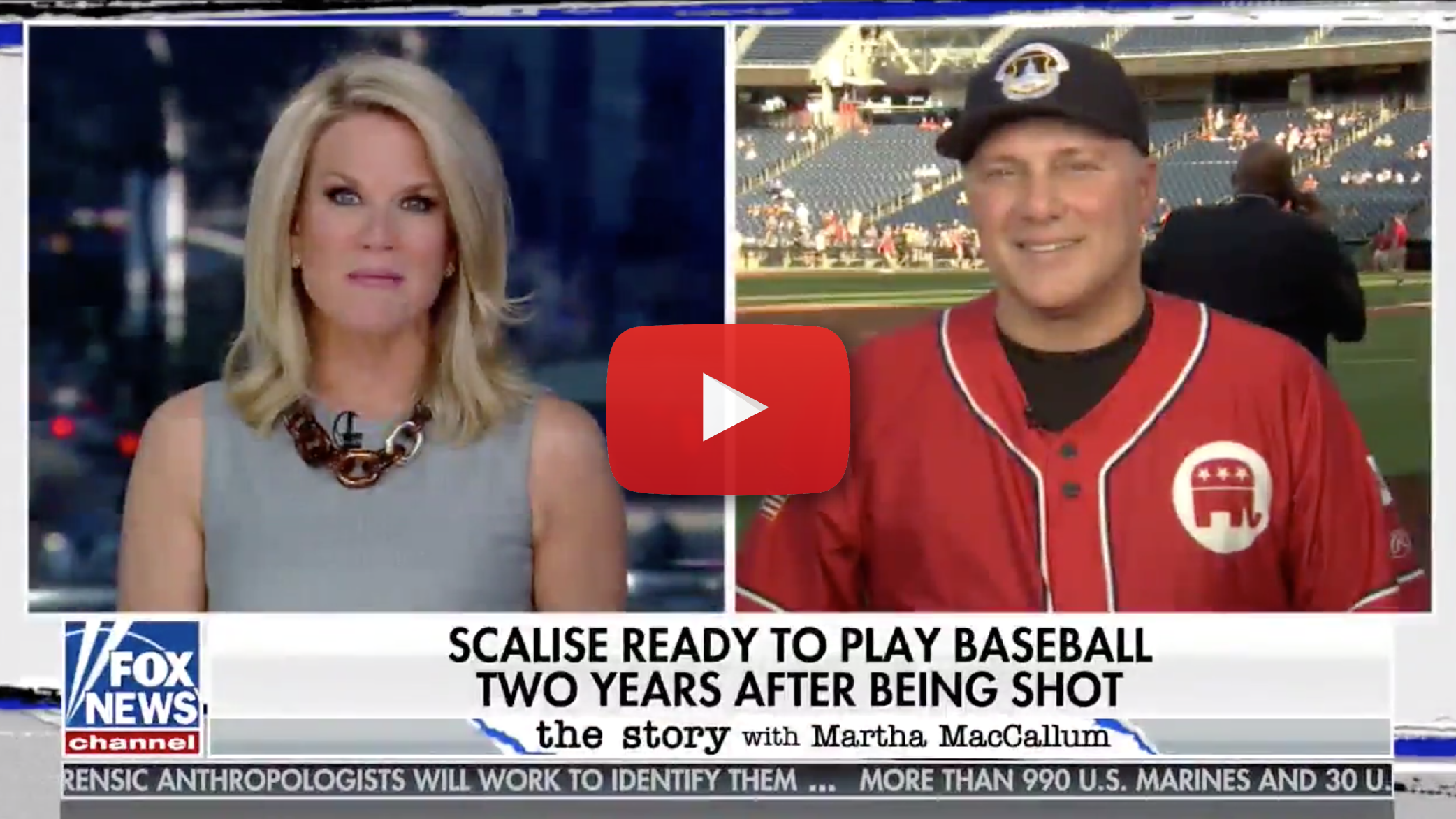 On his road to recovery after the shooting:

“Wow, what a difference a year makes. You know obviously, two years ago it was touch and go if I was even going to make it. Then last year, I got to actually come back out and play the game and that was incredibly special, but I really didn’t have much movement. Today, you know I can move a lot better, I’m still using one crutch for a lot of things, but I just keep getting better every day. I feel great. I’m going to be able to go out there and play in the big league ballpark tonight. How much better does it get than that?”

“It’s too bad Cedric Richmond didn’t run for president on the Democrat side tonight. But they’ve got two stages worth of just like 50 people running for president on their side. The bottom line is they are moving so far left it’s socialism. That is not where our country is. It is a center right nation. Donald Trump has done a great job of getting the economy back on track, making government work for hardworking families that just gave up. He’s going to have a great story to tell. Let them go and fight about who wants to be the most far left socialist tonight.”

On the heroes who saved his life at the Congressional Baseball Game practice shooting:

“Yeah, in fact, a lot of them are here. You know David Bailey, who was my team lead that day for Capitol police, who risked his life, got shot in the shoot-out, he’s here. I think Crystal Griner might be here later on. She was also hit, shot by the shooter. She kept going at it. She came back to work. Both of them came back to the police force after being shot that day. What does that say about the kind of heroes they are, the sacrifices they make?

“Brad Wenstrup, my colleague from Ohio who really put the tourniquet on, saved my life so I could make it to the hospital. He is here on the field, playing with me tonight. There’s just so many heroes, a lot of miracles that day too, as you know. I am lucky to be alive and thank God for that.”