WASHINGTON, D.C.—House Republican Whip Steve Scalise (R-La.) joined Fox News Channel’s The Ingraham Angle to discuss Chairman Schiff’s relentless pursuit to impeach President Trump even though witness after witness continues to dismantle Democrats’ allegations and fails to provide any evidence related to the quid pro quo they accuse President Trump of orchestrating with the Ukrainian president. Whip Scalise blasted Democrats for continuing to waste the American people’s time and tax dollars on their impeachment charade instead of focusing on lowering drug prices, creating more jobs by passing USMCA, and making sure our military is properly funded. 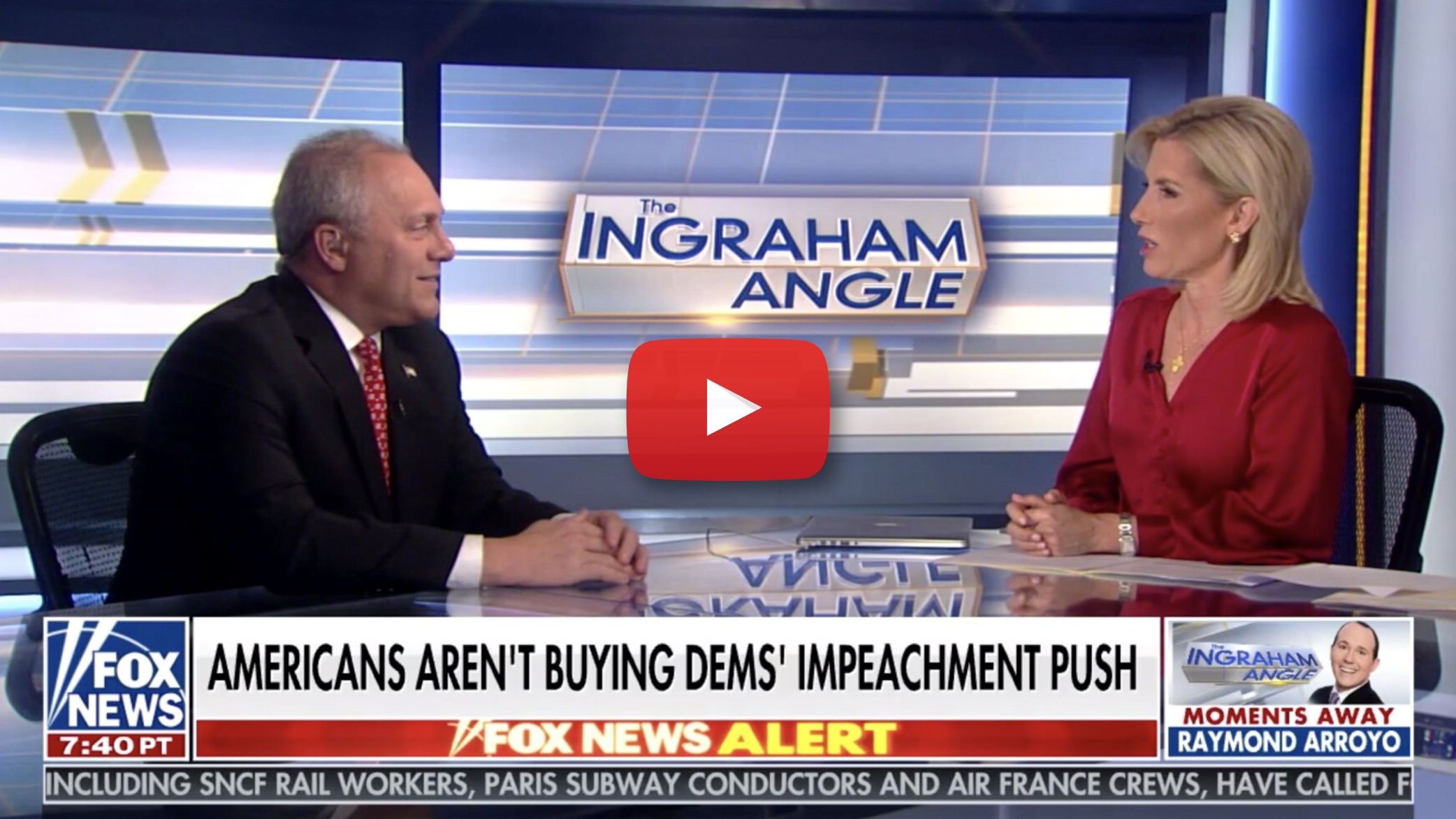 On Democrats being completely out of touch with what the American people want from Congress:

“[Democrats] surely don’t get what the people want Congress to be doing. But I think they’re starting to recognize. They’re starting to think about pulling the ripcord, because people are saying, ‘OK, why aren’t you focusing on lowering prescription drug prices, or creating more jobs with the USMCA trade deal?’

“Or, by the way, Pelosi hasn’t brought a bill to the [House Floor] to make sure our troops have the tools that they need to train safely. [Democrats] are not doing any of that stuff because they are obsessed with impeachment and people are sick and tired of this stuff. And they’re watching all these career bureaucrats who might have a different policy agreement with the President.”

On Ambassador Sondland dismantling Democrats’ entire narrative by confirming that nobody on earth told him President Trump was tying aid to investigations:

“When you look at what the questions were, the beginning of the day started off with the Democrats drooling over this idea that they thought [Ambassador Sondland] said that there was quid pro quo. That was the headline this morning. By the end of the day, it turned out, you know, Mike Turner said it best, he said ‘no one on this planet told you that President Trump tied foreign aid to investigations.’ And Sondland said, ‘correct.’

“That’s the end of it. The investigation should end now, Laura.”