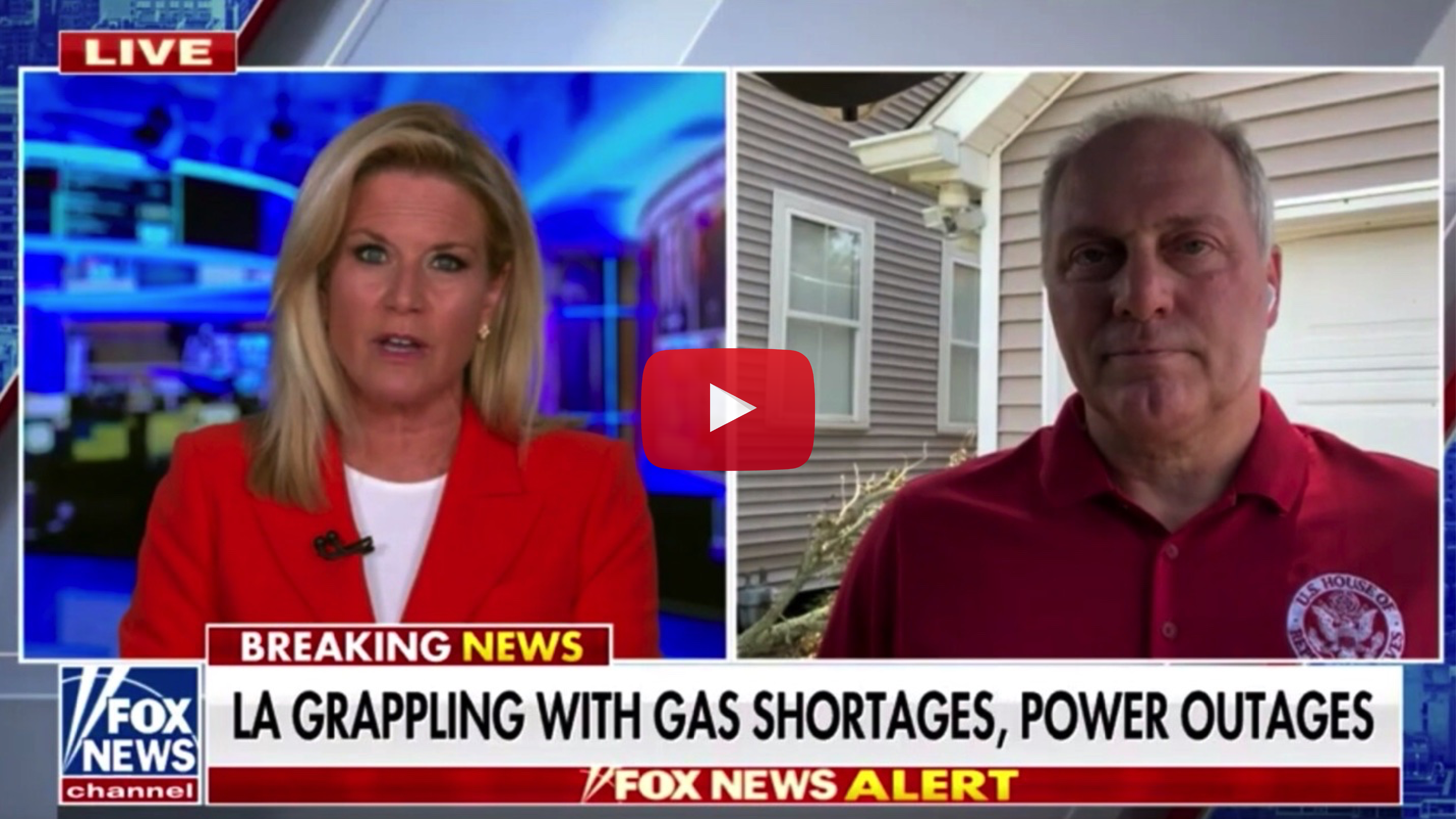 On Hurricane Ida’s impact on Louisiana:

“[I have] been talking to the refineries to try to get more capacity, because a lot of our refineries – about eight refineries are in this region – they don’t have power. So we’re working to get them power as well, so that they can start making gasoline not just for the rest of the country [but] for people here who are trying to get back in their homes.”

On President Biden’s handling of the crisis in Afghanistan and Hurricane Ida:

“Well, both [are] very big and very different issues and challenges and crises. But I will tell you, the people of Southeast Louisiana are some of the most resilient [people] I know. We have been through a lot of hurricanes, unfortunately, and we have battled through it.

“Look, I went over Galliano. We’re going to be there in a little while with the President. But I have also toured Grand Isle. I have toured Port Fourchon, where Ida touched ground. And you just ran a clip there. They’re tough people. And I was with them a few days ago. They’re already working on getting themselves back up and running. But they need help. And we’re working to make sure the federal government’s there for them, state and local leaders as well. But these are folks who are tough. They’re going to – they produce energy for the rest of the country. Right now, they’re trying to get back up on their feet, and they want to go back to work. They want to get their house back up and running.

“So we’re going to do everything we can to help them. These are times where people pull together and help each other. Sure, we have made very specific requests to the President. I talked to him a little while ago at the airport, but I’m going to be talking to him again about specific things, [like] waivers from the federal government to move stuff along, cutting red tape, getting FEMA to deliver on some things we need here.”