WASHINGTON, D.C.—House Republican Whip Steve Scalise (R-La.) joined Fox News Channel’s Fox & Friends to discuss Democrats’ lack of support for our brave law enforcement officers across the country. Whip Scalise also emphasized how Democrats in Congress continue to block COVID-19 relief for workers and families in an attempt to use this crisis as leverage to implement their left-wing political agenda. 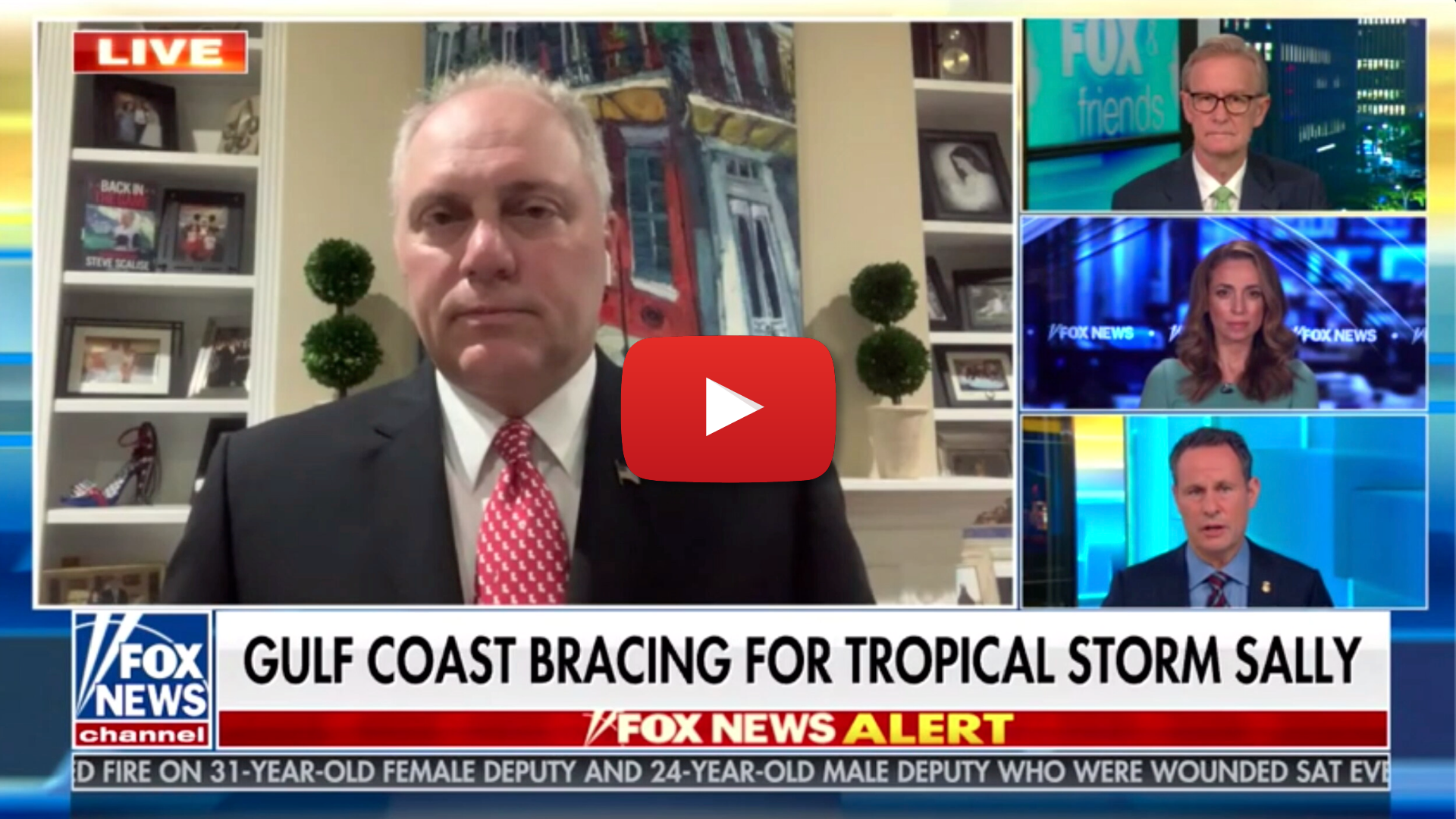 On Democrats’ hesitation to support our law enforcement officers:

“Our only thought should be to pray for those two law enforcement officers who are battling for their lives. All of us should come together and unite and the people who keep our communities safe. Whether you’re black or white, whether you’re rich or poor, when that 9-1-1 call comes in, if somebody’s trying to do something bad to you and your family, they show up knowing there’s danger. They risk their lives to keep all of us safe. That’s where our thoughts should be. That’s surely where my thoughts and prayers are right now.”

“[Joe Biden] should be clear every day, but he shouldn’t have been on the sidelines on this the whole summer and during their whole convention. His whole convention week they never talked about this at all. The President’s been clear about it from day one. If there’s a bad cop, root out the bad cop, but our law enforcement officers put their lives on the line to keep us safe, to keep our communities safe. We shouldn’t be ambiguous about whether or not to back law enforcement and not to defund them.”

On President Trump’s commitment to rebuild the American economy:

“[Democrats] are not going to get away with [blocking COVID-19 relief] and in fact, when you look, I agree the economy is going to continue to be the top issue. President Trump had the greatest record maybe of any President before Coronavirus on the economy, greatest economy and it was working for everybody – for African Americans, for Hispanics, for every demographic group. And then COVID came along and so we’re going to have to rebuild the economy. The numbers are starting to get better. You’re starting to see more jobs created, but as we reopen the economy who better to bring back a robust, healthy economy than the President who already built it. And then you’ve got Joe Biden and his whole party right now blocking, literally blocking, the ability to bring a bill to the Senate Floor to even debate how to help families, how to help small businesses. I haven’t heard Joe Biden saying that Chuck Schumer should stop blocking those bills. President Trump’s been standing up for families and he’s been delivering for those hard-working men and women of this country before COVID-19, and he’s going to deliver again a great economy for them after we get through this.”

“Of course you see Southwest Louisiana is still battling to recover from Hurricane Laura and now you have Sally coming up, more than likely early tomorrow morning you’ll see it hit close to the mouth of the Mississippi River in my district, maybe move to the north between Louisiana and Mississippi and we’re all preparing. Everybody’s taking the precautions. I know I’ve checked in with all of our local officials. We’re all taking this seriously because it could be a category one or a category two storm, so we’ve just got to be prepared.”