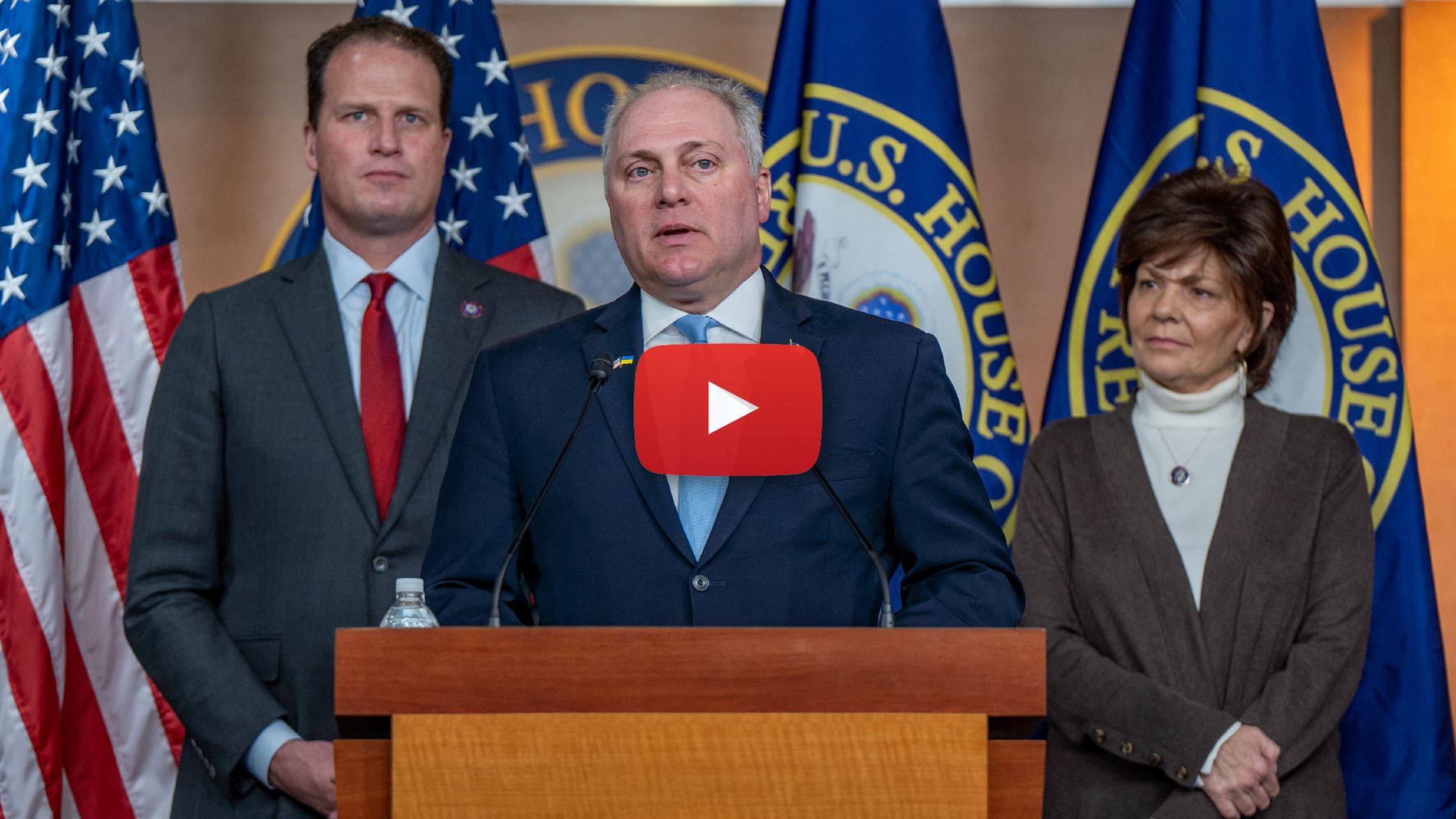 On President Biden’s war on American energy:“We continue to stand with the people of Ukraine. And I think the whole world is admiring the strength and tenacity of President Zelenskyy and the great strong people of Ukraine who are pushing back on Putin’s barbaric invasion of these great people. But they need help. And there [are] a number of things that they’ve laid out – it’s time for the United States to deliver and do our part to help the people of Ukraine push Putin back.“But one of the big pieces of leverage that President Biden gave Putin early [on] in his administration was on energy. And this is where President Biden can do something. Today, he’s probably going to announce that he’s reversing course – where just a few weeks ago, he was begging Putin to produce more oil – today, hopefully, he will call for a ban on Russian oil. The challenge is that President Biden still won’t say yes to American energy because to replace that Russian oil is the real critical step. On President Biden turning to America’s enemies for oil instead of U.S. energy producers:“And first [of] all, President Biden [needs to] stop begging dictators to produce the energy that we need here in America. Don’t go to Russia. Don’t go to Iran. Don’t go to Venezuela when the answer is right beneath our feet. It’s time for President Biden to say yes to American energy. And too often, he’s turned his back on the energy that we make cleaner, as my colleagues pointed out, than anyone else in the world.“Oil is still going to be needed to run not only our economy but the economies all around the world. And so, the question is, where do we get it? And if they’re worried about carbon emissions, we emit a whole lot less carbon to make energy-producing oil and natural gas here in America than if it’s made in Russia, or if it’s made in Iran, or if it’s made in Venezuela, or those other countries that President Biden is begging to produce the oil when it should be made here.On the national average gas price hitting an all-time high:“Just last week, President Biden came to give his State of the Union [address], and in his speech, one of the things he said is, ‘Let’s make more things in America.’ Except his words ring hollow when he says no to American energy. When people across the country are fed up – just look at today, the highest price for a gallon of gasoline in the history of America is today. If you’re filling up your tank, you’re feeling the pain of a failed Biden strategy on energy because he’s made our country dependent on foreign sources of oil when we could produce enough here in America. On how President Biden’s anti-American energy policies are giveaways to Russia:“[Specifically] he, of course, as my colleagues pointed out, [President Biden canceled] the Keystone pipeline. That’s oil from Canada. They can send more oil through the Keystone pipeline than we get from Russia. And he said no to that.“Just days before Putin invaded Ukraine, President Biden put a ban on all new leases and permits for oil and gas. All of them across America – federal lands, private lands – [he] banned [those]. He can reverse that today, and he needs to. Not a single new permit for a pipeline anywhere in America or an LNG permit where we can be exporting more natural gas to our friends around the world. There are dozens of those permits sitting on the Biden Administration’s desk, ready to go – privately funded – to send secure American energy – cleanest in the world – to our allies, so they don’t need to get it from Putin or any other bad dictator.“And when you think about the cost, just leading up to the invasion, Putin was pocketing $700 million a day from selling his oil to [the] United States and Europe. Those days need to end. President Biden can end that today. And we would stand with him, but we continue to call on President Biden to do the right thing, say no to Russian oil, but then say yes to American oil. He can do it with the stroke of a pen, and we stand willing to work with him to get that done. We’re going to continue to urge that to happen.”