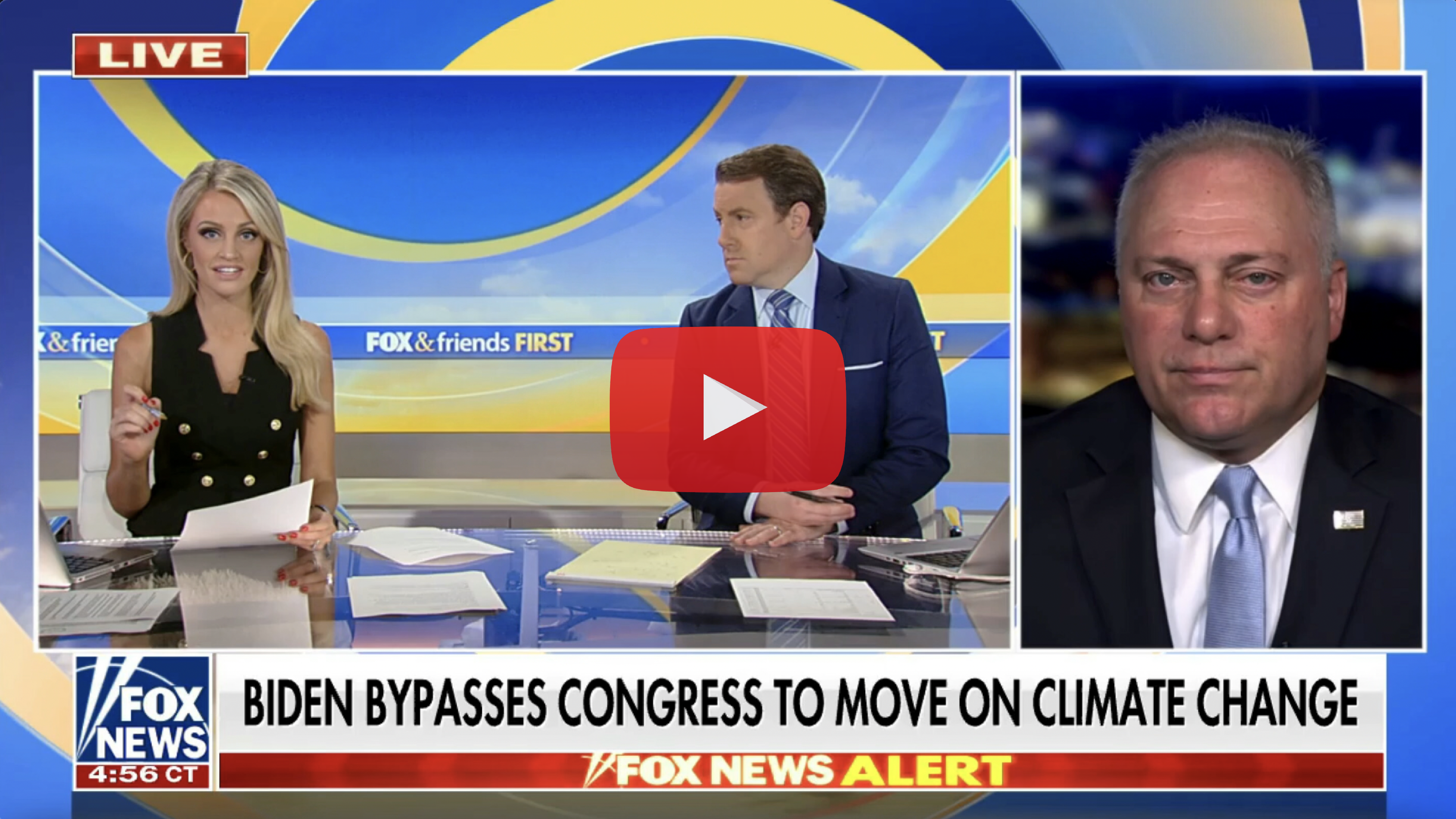 Click here or on the image above to watch the interview.
On President Biden’s war on American energy: “Look, the ‘Code Red’ emergency is American families who are struggling, already paying way too much at the pump, when they go to the grocery store [or] anywhere else for all of the high prices that are caused by what [President] Biden’s already done. All under the name of global warming and climate change and the Green New Deal. They are wrecking the economy and raising costs on everybody while the President jets all around on Air Force One.“He just came back from Saudi Arabia [after] begging them to produce oil. We actually produce it cleaner in America. [There is] less [of a] carbon footprint to get it in America than anywhere in the world. If there is going to be oil produced anywhere, it should be right here, and yet [President] Biden is shutting it down. That’s increasing carbon emissions globally.“So, it’s [President] Biden’s policies that are increasing carbon emissions, and his answer is to try to wreck the economy even more and raise prices on families even more. Even Democrats in his own party have rejected that here in Congress. He just doesn’t get it. He won’t listen to his own advisers or people that understand what he’s doing to hurt families right now with higher costs.”On President Biden letting climate extremists dictate his administration’s energy policies:“What we’ve seen from the very first day Joe Biden became President is he turned his agenda over to the most radical leftists that we see. He’s got all of [Senator] Sanders and [Senator] Warren’s people making decisions that are raising costs for everybody. You know, [Congresswoman Ocasio-Cortez’s] crowd.“What they’re doing is hurting American jobs, hurting American manufacturing, and who benefits? China [and] Russia. If you look around the Middle East, I mean, again, he’s begging Saudi Arabia to produce oil. All of those countries emit more carbon to make the same thing. China’s building a coal plant every single week while he’s shutting things down in America.“They love beating up on America. That’s one thing they’re really good at, but nobody does it better than America. So, if we’re going to be making things, whether it’s energy or manufacturing products that people buy, we should be doing more of it here and going and focusing on those countries that are creating the problem. Stop crushing American jobs and raising costs on families.”On a radical, left-wing group vowing to disrupt the Congressional Baseball Game:“It’s ‘Here we go again.’ The left just wants to disrupt everything. This is a game, by the way, that raises money for charities in D.C. We, last year, raised over $1.5 million for local groups like [the] Boys and Girls Club. And they want to shut that down? I guess they don’t care about those kids that benefit from this.“It’s one opportunity where Republicans and Democrats can come together and do something good, and that’s what they want to shut down. It shows you how out of touch the left is with hardworking Americans. You know, it’s baseball. People enjoy this game. They enjoy coming out and seeing people doing something that [is] helping other people. Maybe if they tried to maybe go work with some of those local charities instead of trying to wreck economies and shut things down, this world would be a better place.”