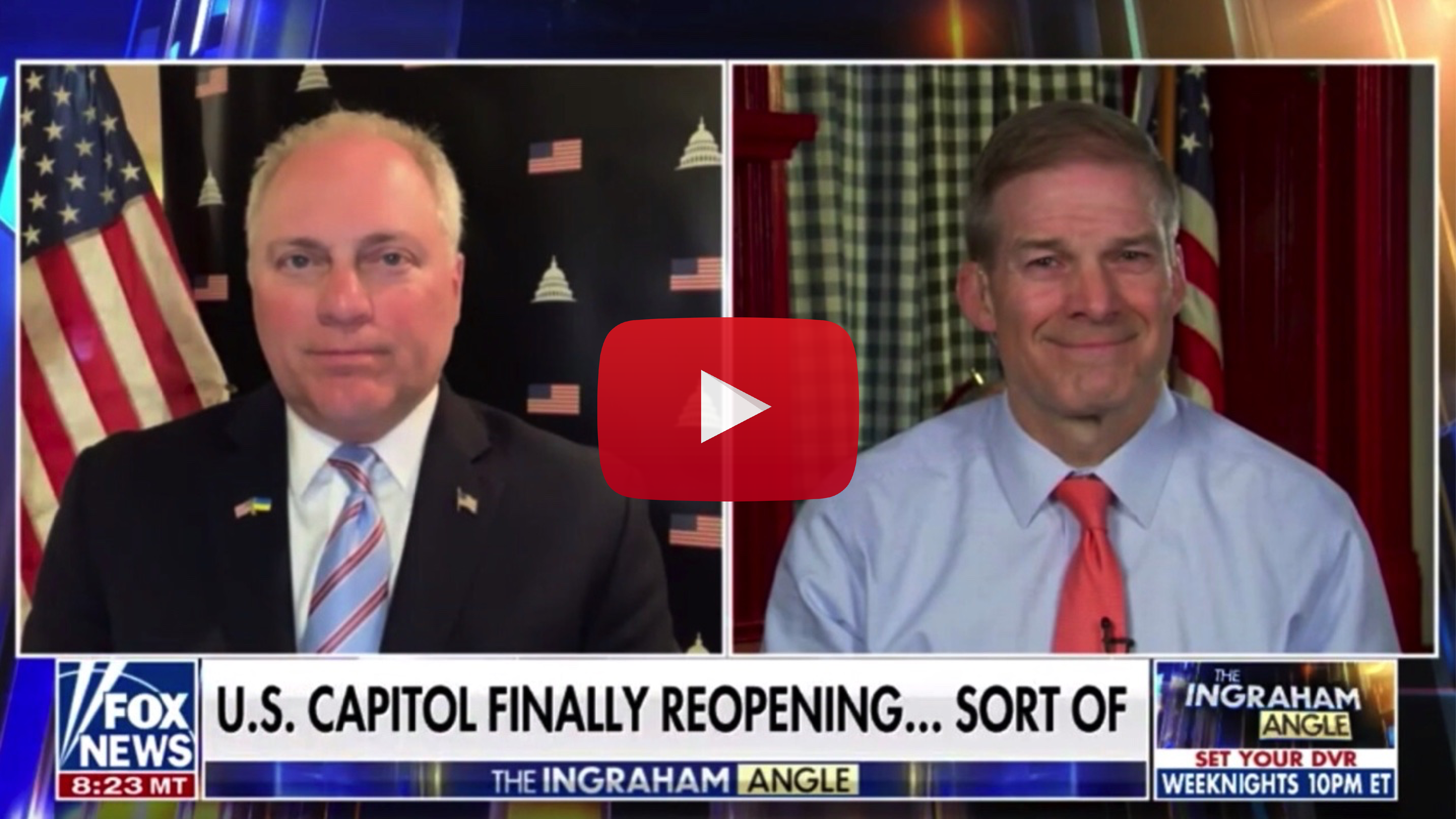 On Democrats’ efforts to keep the U.S. Capitol closed:“Think about this – I mean, they still can’t let go of the power. They want to control people’s lives. Weeks ago, the United States Senate unanimously passed a resolution to say, ‘Open up the Capitol.’ Imagine, that’s every Republican every Democrat in the Senate, saying, ‘Let’s open up the Capitol.’ [Speaker] Pelosi doesn’t want to let go of the power, and so she has still held it shut down. Even in a few weeks, they’re only going to have a staggered opening when everybody is reopening.“Look at all the football games leading up to the Super Bowl. You had over 70,000 people in arenas. By the way, [these were people in] Republican [states and] Democrat [states] without masks, and yet they still want to keep things closed in D.C. It’s time to open up the People’s House. Let the public back in.”On Democrats abusing proxy voting:“[I’ve used proxy voting] zero [times]. We need to end this. Make Congress work again. Make everybody show up for work again. As [Judiciary Committee Ranking Member] Jordan said, they’re doing it all across the country. Congress needs to lead the way, not follow and be the very last to do it.”On Democrats’ misplaced priorities:“When you want to look at priorities, I mean, President Biden is still dithering on how to get the relief to the people of Ukraine in the middle of this. I mean, they asked for surface-to-air missiles months ago, before Russia even invaded. That would have saved a lot of lives if they had those missiles back a few weeks ago before Putin invaded. They’re trying to get the MiGs right now, and [President] Biden won’t work with Poland and other NATO countries in Eastern Europe to help get MiGs in, for goodness sake.“So, Zelenskyy is going to be on a call with us in two days. You know, look, this guy has been a hero. The people of Ukraine are heroes, but there’s a brutal genocide going on. And [the Biden Administration is] trying to figure out whether or not they’re going to offend Putin still.“And yet, [President] Biden is out there – look – he could open up the spigots tomorrow for American energy and undermine Putin’s leverage on oil and gas. He won’t do it. He’s begging other dictators. He loves getting oil from dictators, whether it’s Putin, Iran, Venezuela. Stop dealing with dictators, and just look [at] what’s beneath our feet. Open up American energy. We could lower gas prices tomorrow and take money out of Putin’s pocket so he won’t have the ability to fund this war.”