WASHINGTON, D.C. — Today, House Republican Whip Steve Scalise (R-La.) spoke on the House Floor, where he urged Democrats to keep the Hyde Amendment, which has stood for nearly 45 years and saved millions of unborn babies. Whip Scalise emphasized that there used to be bipartisan consensus on the Hyde Amendment and highlighted that Joe Biden was against taxpayer money supporting abortion in 1994. 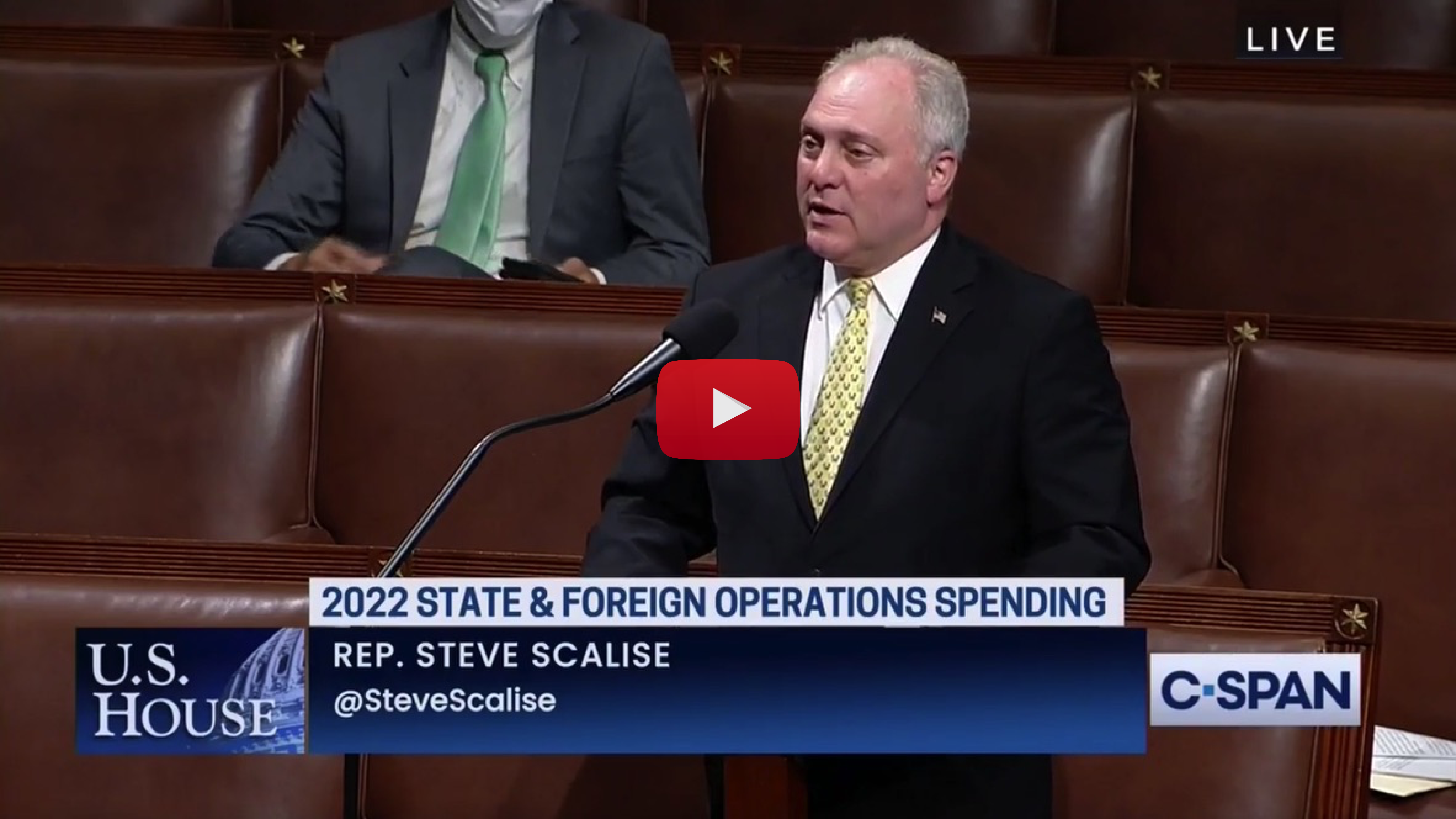 “I rise in strong opposition to the bill, but I specifically want to talk about a provision that is being gutted, that for decades has been bipartisan. Mr. Speaker, that’s the Hyde Amendment. Back in the 1970s, when Henry Hyde came to Congress from Illinois, one of his main objectives was to protect life. And he started on a quest to do that on a number of different fronts. And he ultimately found a bipartisan consensus put into law, back in 1976, to say that no taxpayer funds should be used for abortion.

“It was actually something that Republicans and Democrats rallied around. Since that time, every appropriations bill that’s moved through Congress, for over 40 years, has included Hyde protections — until today. This is a sad day when you see how the Democrat Party has changed from the party back then. Including, I want to read a quote, Mr. Speaker. This from 1994, [a] prominent United States Senator said, ‘Those of us who are opposed to abortion should not be compelled to pay for them.’

“You know who said that? Joe Biden said that, Mr. Speaker.

“Where is that Joe Biden today? Where is that Democrat Party today that has changed and moved so far away from those principles that were bipartisan? By the way, where most Americans are today, including many people who consider themselves pro-choice, think it’s wrong to use taxpayer funds for abortion. And yet, this bill guts that decades-long tradition.

“Again, I will read from Joe Biden himself, ‘Those of us who are opposed to abortion should not be compelled to pay for them.’ Why would we be abandoning that decades-long-held tradition that is also held by most Americans across this country? And not only Mr. Speaker, are they gutting Hyde protections in this bill, they actually put millions of taxpayer dollars in this bill to fund Planned Parenthood facilities! So, that’s how far the party of old in the Democrat side has gone to this Democrat Socialist Party that now supports taxpayer funding of abortion, including directly to the largest provider of abortions in America. This must stop.

“We will fight to stop the gutting of the Hyde Amendment and the break from this bipartisan tradition. Before this process is over, let’s get back to those principles that unite most Americans and should unite all of us in Congress that no taxpayer funds should go to provide for abortions. With that, I yield back the balance of my time.”