WASHINGTON, D.C. — House Republican Whip Steve Scalise (R-La.) pressed Majority Leader Steny Hoyer (D-Md.) in today’s colloquy on Democrats’ continued refusal to pass immediate relief for small businesses while passing handouts to the marijuana industry in the middle of a pandemic. Scalise also pointed out that there’s never been a better argument for school choice while some schools are opening safely and responsibly for education, while other schools are keeping their doors entirely closed to kids.

Scalise also highlighted how the blatant hypocrisy of state and local Democrat officials who secretly disregard their own coronavirus restrictions is eroding citizens’ trust in democracy and American governance. Scalise called for the hypocrisy to stop immediately.

On the need for Democrats to stop wasting time on marijuana bills and pass the Paycheck Protection Program: 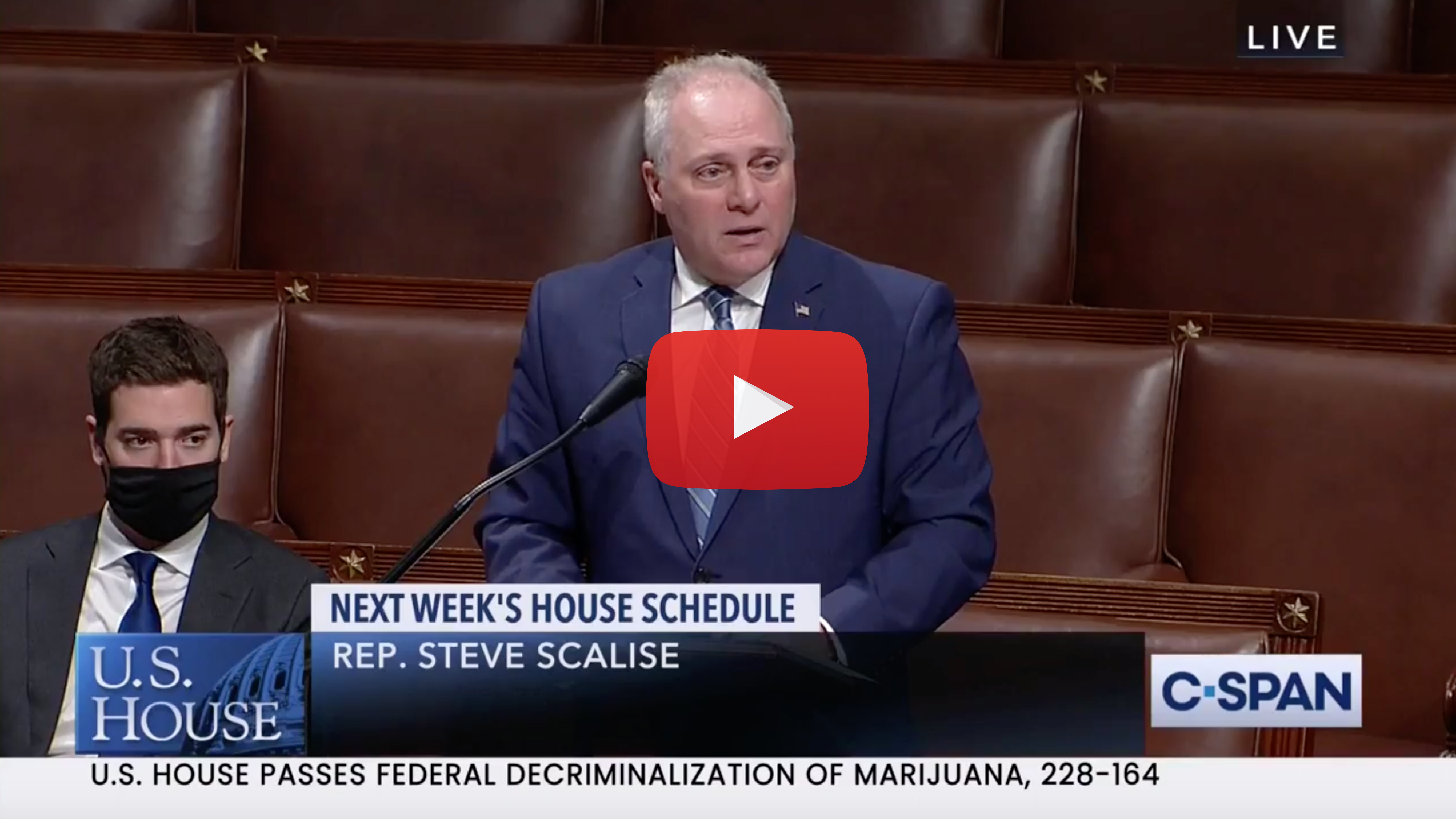 “I want to bring up a piece of legislation we’ve talked about here at this colloquy and in other venues for months now and that is the bill by Congressman Chabot, H.R. 8265, which is the Paycheck Protection Program Extension Act. We’ve seen over these last few months our small businesses have struggled tremendously. Some industries have done better during this pandemic, where they’ve seen increased sales for various reasons, but we’ve mostly seen and heard from so many of those businesses and industries that was been devastated. Some harder than others, but so many devastated to the point of bankruptcy.

“Daily, we see stories of businesses that close their doors for good. In the State of New York alone, it was reported that a third of all small businesses – a third – will never open again. And when we came together to do the CARES Act, to pass that lifeline to so many small businesses, save probably 50 million jobs in America, save millions of small businesses, but it expired. And when it expired, we learned a lot more about where our economy was at that time. When we passed it, it was at the beginning of the pandemic. We now saw over those months which businesses were doing better, which weren’t, and came back in September with a piece of legislation that would free up money that’s not going to have to be borrowed, money that’s sitting in that account frozen, $137 billion that we already appropriated but the program expired so it can’t be used anymore unless we change the law.

“So, we’re not talking about creating a new program. We’re talking about going back to a program that was maybe one of the most successful things that we’ve done to help people in need, not just those small businesses but the millions, 50-plus million people whose livelihoods depend on those jobs. And the bill was brought forward, had a lot of bipartisan interest, but for various reasons hasn’t been scheduled on this House Floor. And there were reports that maybe it was tied to waiting on the election or whatever other things. In fact, the Speaker of the House just today made a comment that one of the reasons that bill, a certain relief package bill wasn’t brought to the House Floor is because she was waiting on, ‘A new president.’ I hope that was a quote that was made out of context, or maybe needs to be revised, but there are millions of people that are literally facing the elimination of their livelihoods. And we have a bill that if it was put on the Floor today, yesterday, September when we first had this conversation, there would be hundreds of thousands of businesses still open today that are now bankrupt that will never open again. Every day we wait, more businesses don’t reopen.

“Clearly, we are negotiating to try to get an agreement on bigger issues. We’re not there. We weren’t there last month. We weren’t there the month before. The Senate has tried to take up votes on things. It wasn’t the Republicans; it was the Democrats that blocked those bills from coming up. This, by the way, was one of those in the package that would have been voted on by the Senate, if not for Senate Democrats blocking even the debate on the Senate Floor, so they never had that debate. On this Floor, just today, we saw a bill to legalize marijuana. You saw items in there where it would give additional money to people in the marijuana industry. Now, this is something that Congress I’m sure will continue to debate, but there’s a pandemic where today we have businesses that are shutting their doors. Tomorrow businesses will go bankrupt forever, small businesses, and we can with help them.”

On the need for schools to reopen or transfer money to districts to will: 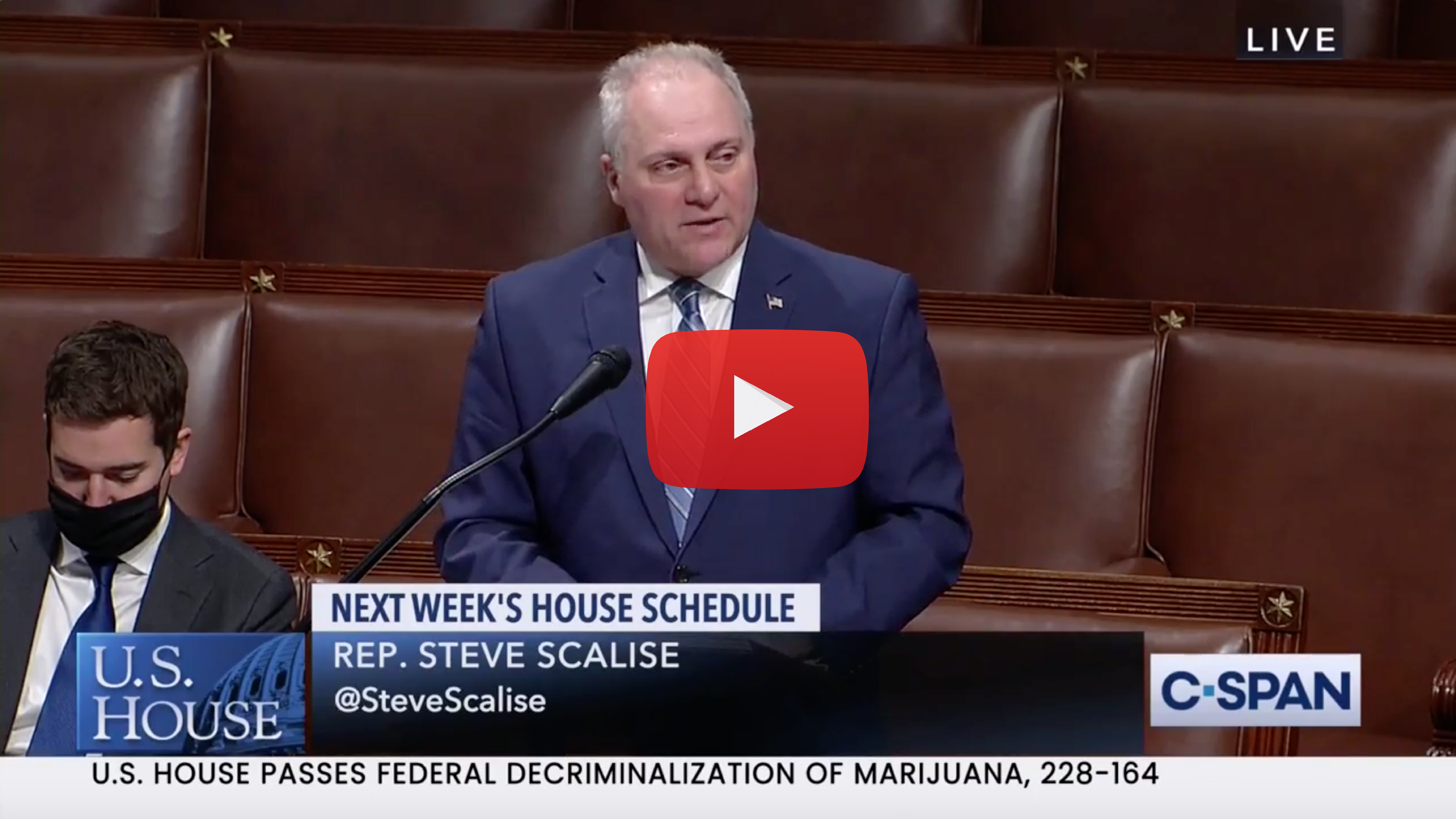 “Those schools already have access to the $150 billion we already sent the states that they haven’t even already spent. If I gave you money to do something and you haven’t even used all that money, you can’t use that as an excuse for not doing it. And saying ‘I’m waiting for you to give me more money,’ when you still have money remaining — and I agree with the gentleman on the school lunch program, the thing there is we don’t give a supplement to schools in normal times.

“These are not normal times but in normal times schools feed kids at lunch with the existing budgets they have. They don’t wait for us to send extra money to them to feed the kids if they’re not educating the kids in the classroom. They’re still taking that money. I haven’t seen them rebate the money to those families in those communities, so what are they doing with that money?

“And so if there’s money if you bring the kids back and educate them safely in the classroom — which the protocols allow for in any community high-risk, low-risk, if you’ve got a high outbreak there’s different ways to handle each community. The CDC has given those guidelines, the Academy of Pediatrics has given the guidelines. Some school systems have just chosen not to follow them and then to leave the kids at home.

“But they’re still taking the money. There’s never been a better argument for school choice in letting parents choose if one school system is willing to educate your kids safely and others not. Why shouldn’t you be able to take that money and send your kid to the place that’s willing to do it safely for you? So it’s not a question of the money, it’s a question of the will.”

On the hypocrisy of Democrats breaking their own coronavirus restrictions: 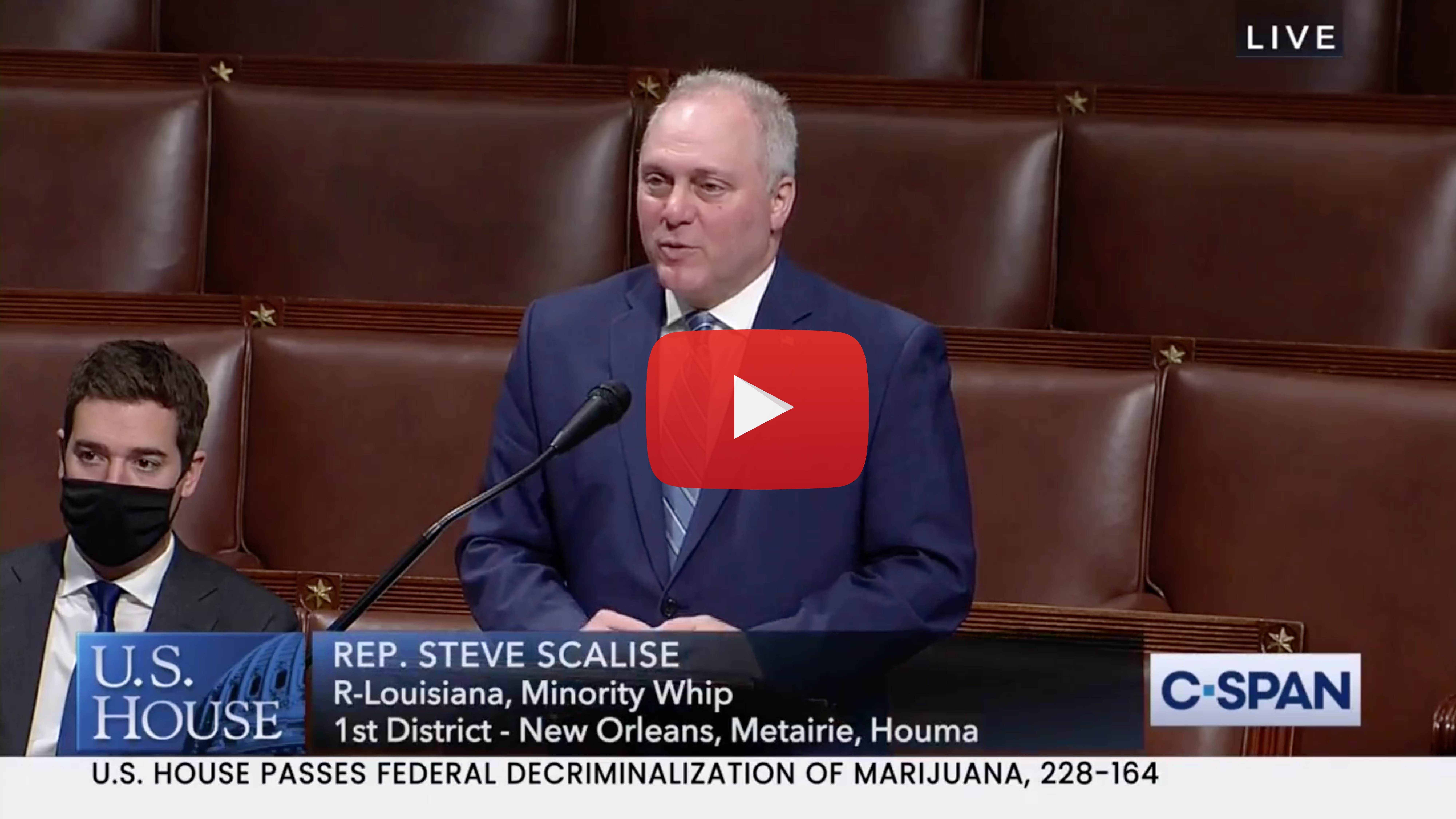 “In states like California, they’re saying you can operate as a liquor store or as a strip club, but not as a church. Even the Supreme Court stepped in and said that is ludicrous and you can’t keep doing it. But then you go to New York and you go to so many of these states where they’re saying ‘Oh for safety protocols, you have to shut down. You can’t go to a restaurant.’

“So this blatant hypocrisy by some of these leaders telling you that you have to live your life one way and they’re living their lives a different way and hiding behind protocols that don’t exist — that is driving people nuts. The businesses are dying because of it. But the trust in government gets depleted in those places because they’re watching it and it is not isolated.

“I wish it was once or twice. I wish it was never going on but it is, over and over again. Yesterday and today, another story comes out of a local leader or governor telling you you can’t do something and they’re doing it. They didn’t think they were going to get caught doing it — my God, that’s got to end.”

On Republicans’ demand to pass a standalone PPP bill now:

“Can we at least agree to pass the things we have agreement on? And what did we have more agreement on than anything is the PPP — proven to be so successful that literally every day we hear from small businesses who say they wouldn’t be alive today if not for the PPP. But we also hear from small businesses every day who are about to close as some states are talking about shutting their whole state down again.

“We know that’s going to lead to businesses that will never come back and we have a bill ready to go that would get massive bipartisan support without a new dime of money —money sitting and frozen in accounts that would help those small businesses.

“The criteria is you had to have at least 25 percent loss, so your small businesses that are doing well today and, again, we know there are some that are doing better today than they were a year ago, but we also know some that are about to close for good. And we can help them, not with new policy that we’re not in agreement on — that’s where the negotiations are continuing to go back and forth on — but if there’s something we all agree on, do we really need to hold that hostage when that means that many of those businesses will never come back?

“We could have done this in September. It was brought up in September — it’s not a new item. How many thousands of businesses died from the day that that bill was introduced to today? And will die again between now and Monday? It can be put on the schedule Monday!

“It’s not going to stop the negotiations on the other things. There are other things that we’re both in agreement on that aren’t part of that bill. Bring that as a standalone. Let’s bring each of those items that we’re not in agreement on — but the idea that we hold everything hostage to things that aren’t going to happen — hundreds of billions to failed states, giving checks to people that are here illegally… Is that really a priority? Is that really the things we’re getting called on every day?”