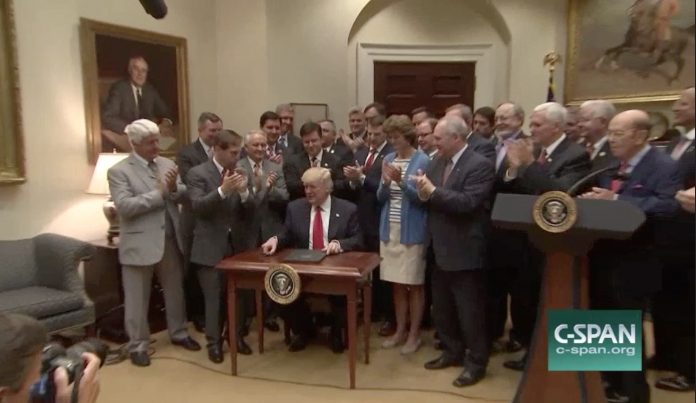 Click on the image above to watch President Trump’s remarks.

“Today’s announcement by President Trump signals a bright new day for American energy and the hard-working men and women who create energy for families and businesses all across our country.  Today’s action begins a complete reversal of 8 years of failed Obama anti-energy policies, and I look forward to working with President Trump, Interior Secretary Zinke and Commerce Secretary Ross to strengthen America’s energy and national security and create more high-paying jobs for our economy.

“In Louisiana, this also means a real chance to create billions more to restore our vanishing coast. Revenue sharing for Louisiana is critical to our ability to fight coastal erosion and protect our communities from future storms. But without a strong 5-year offshore drilling plan, that revenue stream for our coast is seriously jeopardized, and today’s action, accompanied with upcoming action by the Interior Department, will ensure that America has a stronger plan for offshore energy exploration and development. I was proud to bring Interior Secretary Zinke to South Louisiana when he was a colleague of mine in the House to show him first-hand how energy production and coastal restoration in Louisiana work hand in hand.

“The last eight years have seen an outright attack on American energy production on federal lands, and this action by President Trump finally closes that sad chapter so we can turn the page and jumpstart our economy.  In these first 100 days, the Trump Administration has shown its commitment to hard-working American families with policies aimed at creating jobs and growing our economy.”