Whip Scalise blasted Washington Democrats for being completely out of touch with the priorities of hardworking American families as they continue to try to stop President Trump at all costs. Despite these attacks, President Trump has remained committed to following through on his promises and he will continue fighting for the forgotten men and women of this country. 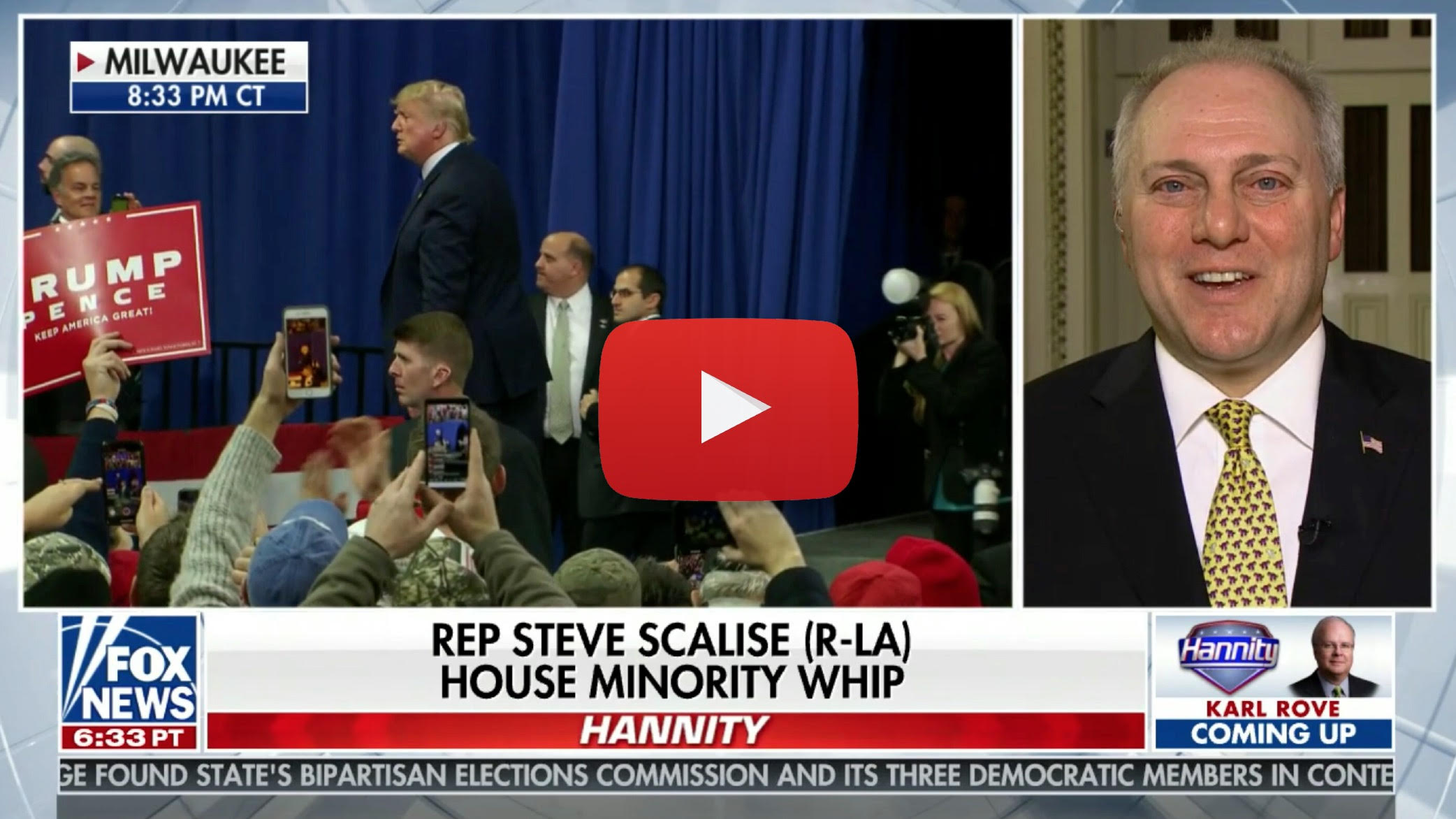 “I had the honor to be with President Trump last night at the National Championship game, and was really happy to see LSU complete a magical season.”

“When the President walked out on the Superdome floor, and, you know, he and Melania were there looking wonderful. The crowd went wild, just like you heard there in Wisconsin. In fact, when he came to the seats after he was on the field leading the national anthem, when he came to the seats, the people around us stood up and started applauding and chanting ‘USA,’ Sean. That’s what this President means to the forgotten men and women of this country. That’s what the media, the far left, the radicals up here in Washington that are running with Pelosi trying to run this country into the ground, they don’t get that. They don’t understand that there are millions of people that were left behind by Washington, and President Trump is fighting for them. He is delivering for those very people. And they’re responding. And they’re going to respond later this year.”

On Democrats being completely out of touch with what the American people want for our country:

“You know, [Democrats] can keep going on with all of these witch hunts and everything else they’re trying to do to stop this President, but they’re not going to be successful because he is delivering for those men and women that he said, ‘I’m going to do these things for you,’ and he’s done them. He’s followed through on the promises. Hottest economy in the world, securing our border, defending our country, killing terrorists. And [Democrats] want to actually criticize him for killing terrorists who killed hundreds of American men and women – service members. They don’t get [it], they’re so out of touch with the rest of America, Sean. And they don’t understand how President Trump is delivering. And they don’t see those people responding, like I get to see, like you get to see. When they get excited about the fact that President Trump has done this for them, they’re going to be there to do it and make sure he can do it for them for another four years this November.”