WASHINGTON, D.C.—At today’s House Leadership stakeout, House Majority Whip Steve Scalise (R-La.) highlighted the successful negotiations between the House and Senate on the 2018 Farm Bill, which includes important SNAP reforms to help Americans rejoin the workforce and will be voted on later this week. Whip Scalise then stressed the critical reasons for increased border security, especially the daily arrests by border patrol agents of criminals attempting to enter the U.S. 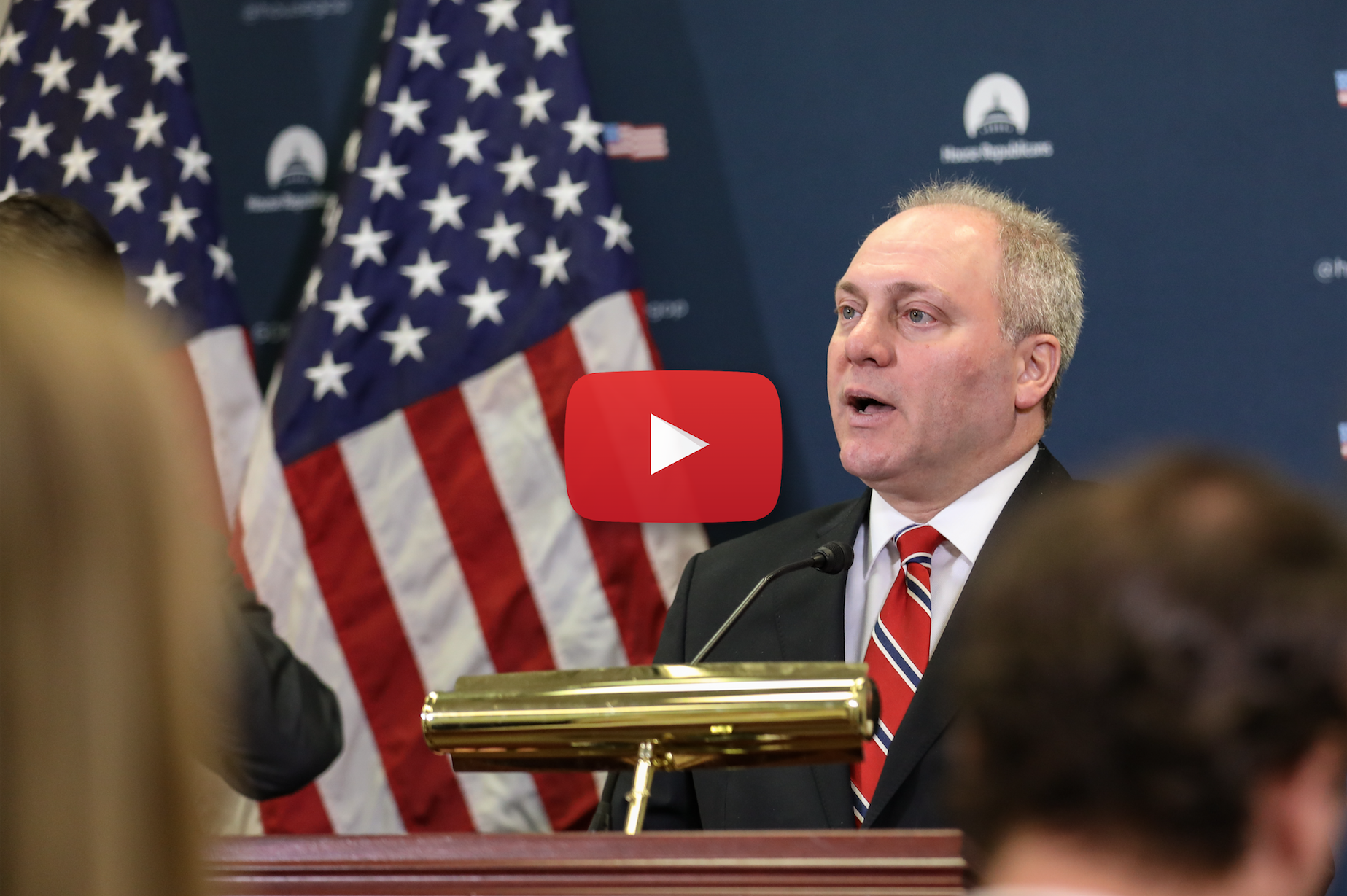 On strong reforms included in the 2018 Farm Bill:

“I want to first applaud Chairman Conaway on the great work that he’s done to bring this conference report on the farm bill to the floor of both the House and to the Senate, and ultimately get it to the president’s desk.

“These are important reforms, not only for the farmers of our nation to continue to allow America to be the breadbasket of the world, but also when you look at the reforms that are included on the SNAP side. Look at where we are right now today in our economy. There are literally more job openings than there are people looking for work. Does it make any sense at that same time, that we’re paying people not to work, when every company out there is looking for workers?

“We’re going to give millions more people the opportunity to get into the workforce and become part of the American Dream with these reforms to the waiver program and the food stamp program. I commend Chairman Conaway for his hard work to get us to this point. Now we need to get this bill to the president’s desk.”

On the importance of funding border security:

“With this caravan that’s coming across right now, Homeland Security has already confirmed more than 600 convicted criminals as part of this caravan that are trying to come into our nation.

“The President has requested $5 billion that he needs to keep our country safe for border security, not just for a wall, but all of the other tools that our Border Patrol agents need to keep themselves safe and our country safe. That is so important at this critical time.”