WASHINGTON, D.C. — Today, House Republican Whip Steve Scalise (R-La.) joined Congresswoman Claudia Tenney (R-N.Y.), and several other House Republicans to speak in favor of Congresswoman Tenney’s amicus brief to the U.S. Supreme Court defending the right of law-abiding citizens to conceal carry in the case New York State Rifle and Pistol Association v. Corlett. Whip Scalise called out Democrats’ efforts to defund the police and highlighted that violent crime is spiking in Democrat-run cities across the United States that have slashed their police departments’ budgets. In addition, Whip Scalise emphasized that Republicans will always defend an American citizen’s Second Amendment rights and praised Congresswoman Tenney for securing over 160 signatures to her amicus brief. 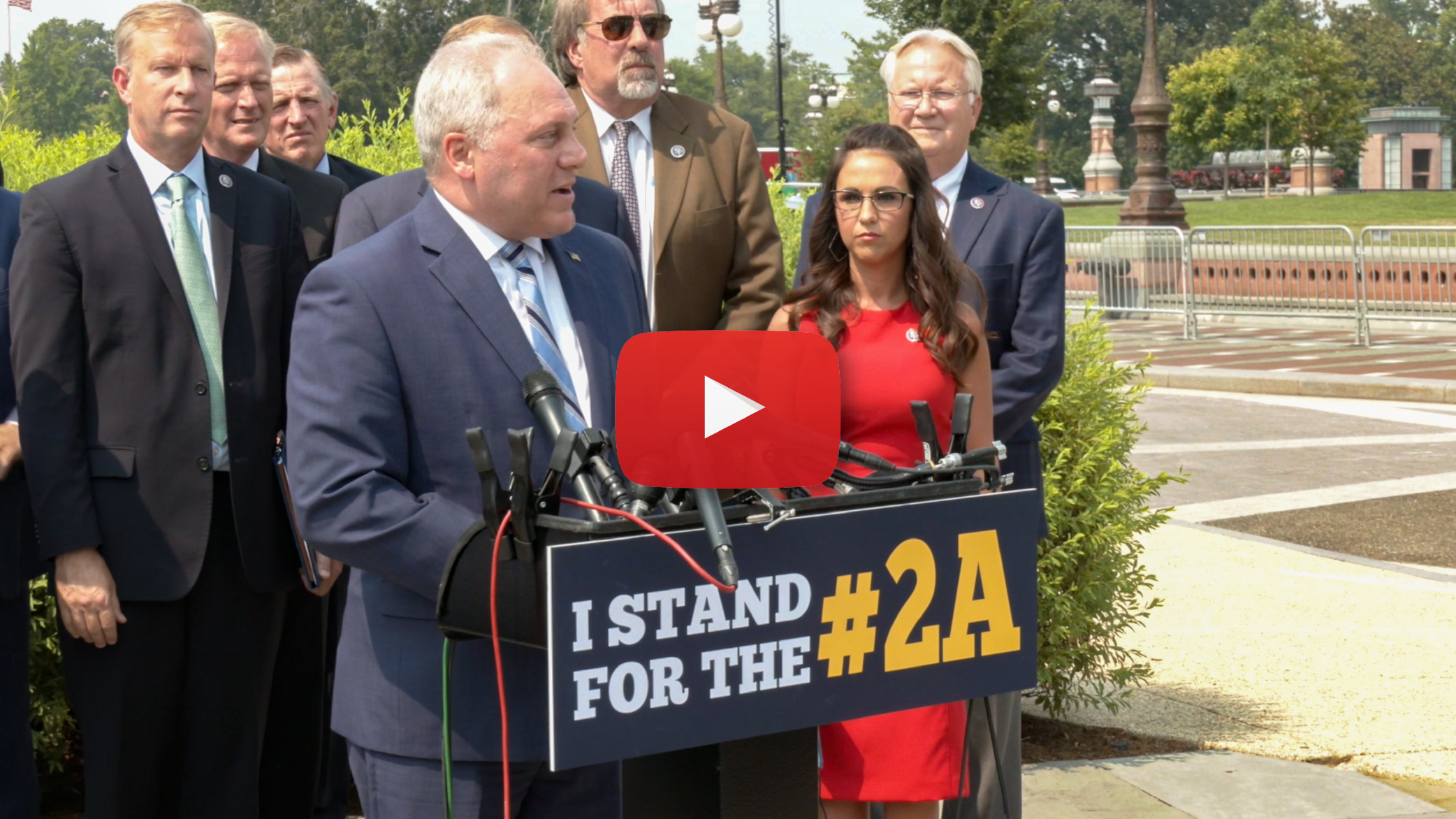 “I want to thank my colleagues, especially Claudia Tenney, for taking the lead on this.

“When you look [at] what’s happening across the country, crime is skyrocketing in many cities across America, and now more than ever we have to stand up for our Second Amendment rights because, unfortunately, at the same time that you see crime skyrocketing, you see Democrats, here in Washington, trying to take away the gun rights of law-abiding citizens.

“Joe Biden talked about it during the campaign, Nancy Pelosi is trying to bring gun control on the House Floor, and yet if you look at cities all across America that defunded their police, they’re seeing skyrocketing increases [in crime.] And so, law-abiding citizens are concerned now more than ever and are buying guns in larger numbers to protect themselves and their family. Imagine if Democrats get their way and actually defund police. You don’t have a 9-1-1 to call a police officer. They would send a social worker. And so, families want to protect themselves. People want to protect their families and keep themselves safe. And if they’re in their house, maybe they’re going somewhere else just walk into their car. If they want to bring their gun with them, they ought to have that right. And yet, in New York, you see this arbitrary determination over how concealed carry permits are issued.

“Just a few years ago, Claudia gave reference to that Heller case before the United States Supreme Court right across the street. It was a critical decision to determine whether or not the Second Amendment only applied to people in the military or all American citizens. The good news is the Supreme Court got it right and said that the Second Amendment extends to all American citizens. The concerning thing is it was a five to four decision. One member of the Court changes their mind, and it would have dramatically limited the gun rights of law-abiding citizens. So, all of my colleagues here know that this is a fight that’s been ongoing. We always have to stand up to defend our rights, and right now, especially with crime out of control, our Second Amendment rights are critically important to defend.

“I applaud Claudia Tenney for bringing this amicus brief. Over 160 of our colleagues have already signed on. We urge the Supreme Court to get this case right like they’ve gotten so many others right and respect those constitutional rights that law-abiding citizens need, especially with crime out of control in cities that have defunded their police. We don’t want to see this happen to any city in America. Unfortunately, it’s coming to many cities in America, and that’s why citizens are exercising their constitutional rights to protect themselves. We need to stand up for those rights, and that’s what we’re here to do today.”