WASHINGTON, D.C. — Today, House Republican Whip Steve Scalise (R-La.) joined House Republican Leader Kevin McCarthy (R-Calif.) House Republican Conference Chair Elise Stefanik (R-N.Y.), and other members of the House Republican Conference to urge President Biden, Speaker Pelosi, and Congressional Democrats to abandon their big government, socialist tax-and-spending spree. Whip Scalise called out President Biden for his out-of-control spending, which has led to an unprecedented increase in inflation that has caused gasoline, car, and food prices to skyrocket. Whip Scalise emphasized that voters around the country rejected Democrats’ radical agenda and are furious that President Biden and Speaker Pelosi are prioritizing their radical base over the needs of struggling American families, workers, and small businesses. In addition, Whip Scalise slammed Democrats for wanting to weaponize the IRS to snoop on middle class families’ bank accounts and raise taxes to spend money on things like sending $450,000 payments to illegal immigrants. 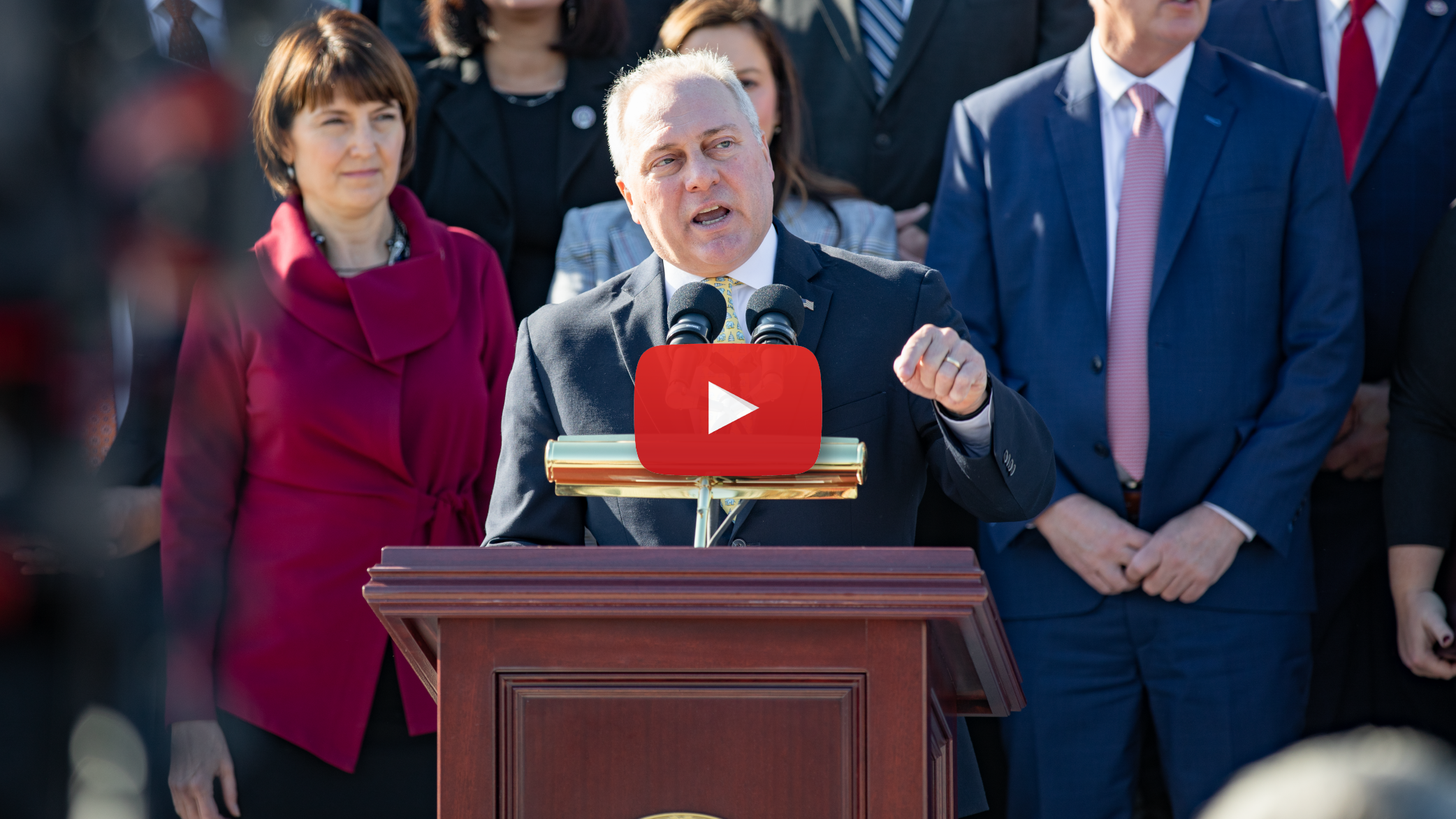 “Families all across the country are struggling right now. The biggest thing they cite is the runaway inflation. And the inflation due to President Biden’s spending spree that he’s already been on. Trillions of dollars [have] already [been] spent this year on increasing big government, socialist programs.

“And then you’ll look at what happened two weeks ago in Virginia when voters in states like Virginia, New Jersey, [and] New York said, ‘We’re done with the big socialist spending. Stop the spending!’

“The spending is the thing that’s driving inflation, and we don’t want more inflation. And the answer that you’re seeing Speaker Pelosi heed is that she’s going to ignore what the voters said and try to pass trillions of dollars in new, additional spending. That’s what we [are standing] up against. We are against trillions [of dollars in] more spending borrowed from our kids, borrowed from China, that will fuel the inflation that’s already too high.

“And so, then we point out some of the things that are in this bill that nobody’s been able to see, that people want to know more about. One of those things that we identified they want to spend billions of dollars on is to hire 87,000 more IRS agents!

“And by the way, when they spend these trillions of dollars, what are some of the other things they want to get these IRS agents to snoop on your bank account to find? They want to use that money to go do things like pay $450,000 per illegal [immigrant.] Giving people here illegally checks for $450,000 at the behest of hardworking taxpayers when they send these 87,000 new IRS agents into their bank accounts.

“And then, they’re going to do amnesty for millions [of] more people to come here illegally. So that they can what? Negotiate more million-dollar settlements per family for people to come here illegally while hardworking taxpayers are the ones footing the bill? [They’re] paying more at the pump, paying more at the grocery store. Enough is enough. We need to stop this madness, this runaway spending here in Washington. We need to defeat this bill.”