Whip Scalise also called on Democrats on the Select Subcommittee on the Coronavirus Crisis to focus their efforts on solutions to fix our economy and getting to the bottom of China’s role in perpetrating this crisis on the world, rather than wasting time on political stunts and witch hunts. 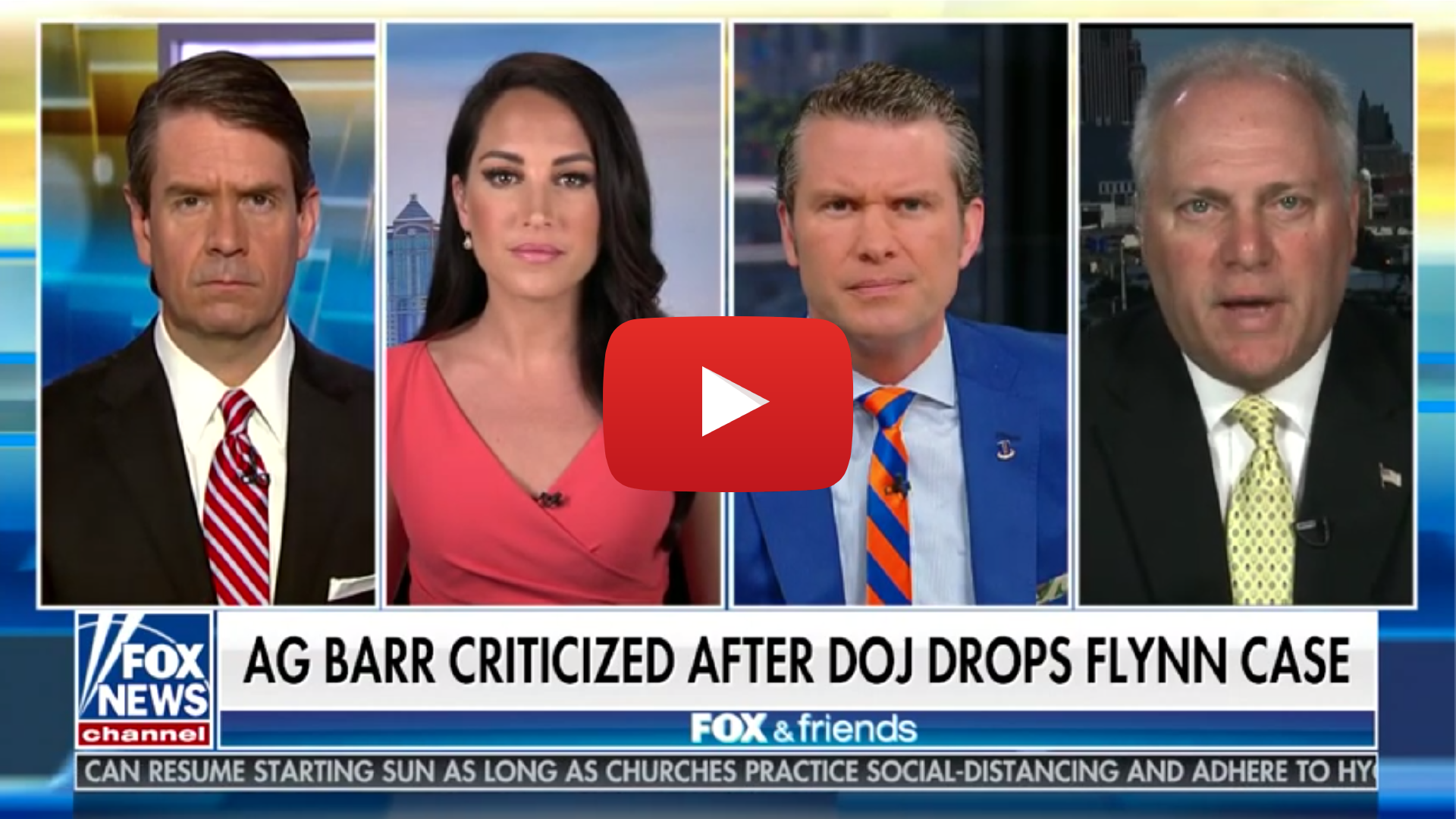 On holding James Comey’s FBI fully accountable for their abuse of power:

“What you just heard sounds like some of the talking points straight out of the Joe Biden campaign. Because look, Joe Biden does not want to talk about this story. He was the Vice President of the United States when you had the Justice Department and the FBI going after a candidate for President, Donald Trump. The facts have come out more and more, we’re seeing things that should disgust every American about how you had these very respected agencies, there were dirty cops inside those agencies, and we’ve seen emails about this. They didn’t want Donald Trump to win the candidacy, his candidacy for President. You shouldn’t have powerful people in positions of law enforcement that are using their position to go and try to stop a candidate for President of the States that they disagree with. They fixed the whole jury against Flynn, I mean, he was set up as bad as anybody I’ve ever seen. I’m glad that the charges were dropped, he’s been exonerated. But they want to try to cover up the fact that however high this went. When they referenced people, like Strzok referenced the seventh floor in some of these documents, that means the top brass at the time over at the FBI, possibly [the Justice Department], possibly even the White House, knew about this. When’s Barack Obama going to answer for it, and when is Joe Biden going to answer for his role in all this?”

On House Democrats using their power to harass President Trump:

“Well, [Adam Schiff] has made so many statements that have been proven factually inaccurate. Go back to some of the testimony that he himself included in the record after he gave that fake narrative about the Ukrainian call, the thing that never happened, he said to try to shift the narrative. He a number of other things, but he included in testimony some of the actual Russian propaganda that we’re trying to stop. You know, we talked about stopping Russian interference in our elections, Adam Schiff read some of that Russian interference that we now all know about into the record. And, by the way, that Russian interference happened when Barack Obama was President and Joe Biden was Vice President, they tried to interfere with our elections. Thank goodness Donald Trump is fighting to stop that from happening again, but in the meantime, everything that’s come out has made it crystal clear that General Flynn was set up. They literally went and tried to get him fired or prosecuted. We know what Comey was trying to do to Donald Trump and entrapping him. Thank goodness [Attorney General Barr] is out there making sure that justice is served, because if somebody is trying to be set up by the federal government of all people, we should all be outraged by that. And the fact that some of them are still around, they need to be held accountable. People need to go to jail that abuse their power and I think that’s still going to happen.”

On exposing the mainstream media’s bias and double standard:

“This is a case where the far-left mainstream media is so out of touch with the rest of America. Americans believe in justice, we see stories every now and then where evidence comes out about somebody that’s in prison because of a crime that they were accused of they didn’t commit, and they get released, and that’s something that we all applaud. And yet, here you’ve got a case that just because [General Michael Flynn] was appointed by Donald Trump and somebody serving this country with honor, and then the federal government decided to go after him because he was going to be the adviser to the President that it’s okay to target him and to deny him justice. Where is this double standard coming from? I think the media has been exposed once again. And oh, by the way, you know some of them were part of putting out that false information over and over again, and they never seem to go correct themselves when facts come out and show that someone like Flynn was not guilty, and in fact was set up by the federal government, and we should all be concerned about that regardless of party.”

On using the Select Subcommittee on the Coronavirus Crisis to get our country back on track:

“You can see after they did the first impeachment, which was first going to be based on the Mueller investigation. They thought that was going to produce something and it produced nothing. The Ukrainian call, nothing was wrong with that. In fact, the Ukraine President appreciated it, but they still went forward with impeachment anyway to appease their radical base in this this personal vendetta they have against Donald Trump that the American people are tired of, and yet they haven’t stopped. And so, Kevin McCarthy, our leader, we all talked and decided that if they’re going to go out there with this committee, with subpoena power, and in a clear intent to try to continue harassing the President in the middle of this pandemic when we should be pulling together, then we’re going to put a team on the field to get the facts out there. And it’s all about the facts in the end. The President’s working hard every single day, showing up for work with the Vice President to try to get this country back on track, get the economy back going again so we can get people off the unemployment rolls. And then you see Pelosi won’t bring the House back in, continuing to try to just harass the President. We’re not going to stand for it.”