WASHINGTON, D.C. — House Republican Whip Steve Scalise (R-La.) joined Fox News Channel’s Hannity last night to discuss how President Biden’s far-left policies and weak leadership are creating an unprecedented number of crises that are hurting American families and workers. Whip Scalise called out President Biden for failing to address rising inflation and for his harmful energy policies that have raised energy prices for millions of consumers across the country. Whip Scalise pointed out that the Biden Administration canceled the Keystone pipeline but allowed Russia to finish its Nord Stream 2 pipeline that previously faced sanctions. 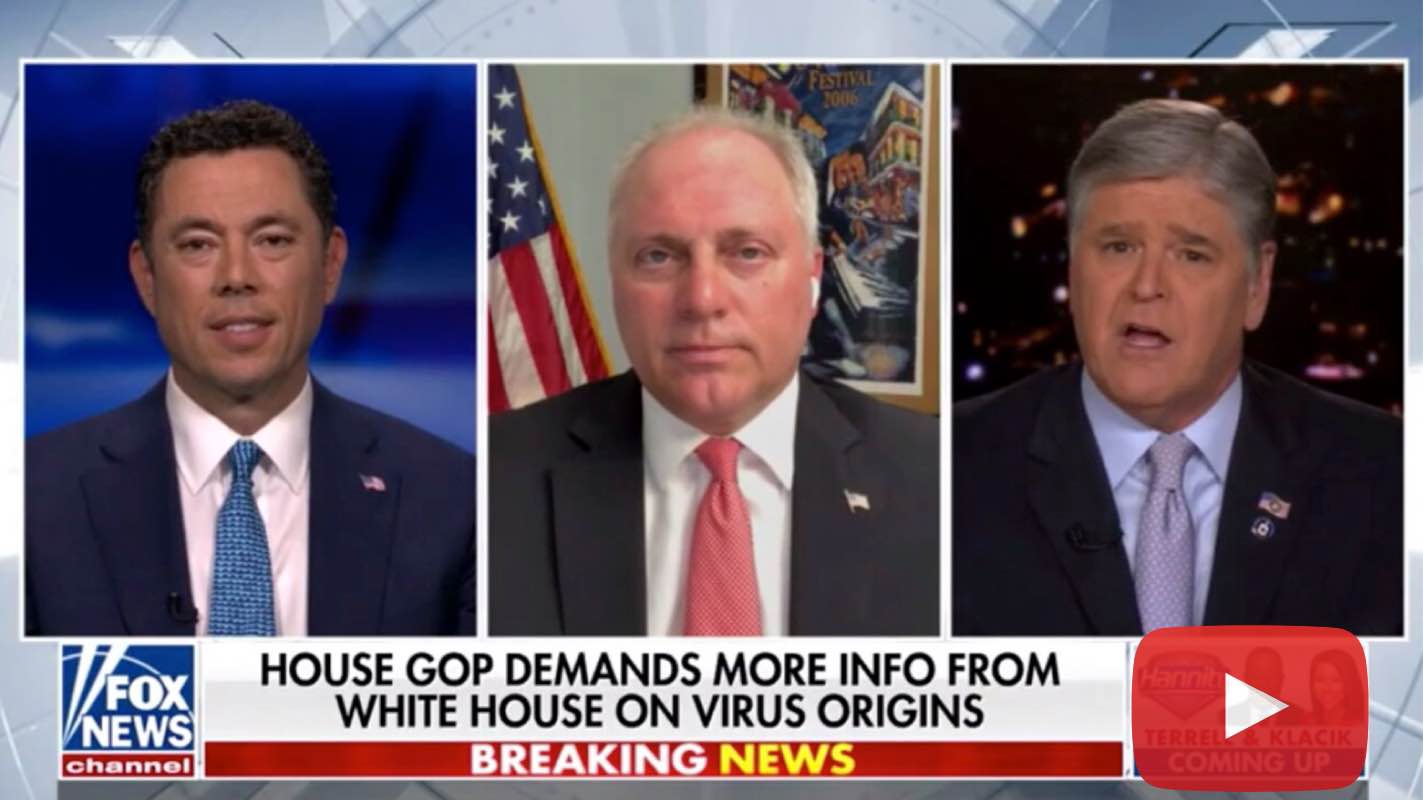 On President Biden’s failure to lead the American people through multiple crises:

“If you look at what he did with Keystone on day one. Just eviscerating thousands of American jobs, and by the way, offending our friend and neighbor Canada. Canada makes this oil. It’s [going] to go be refined somewhere. You would want it to be refined in America, where we have better policies. But now, not only did that, he adds insult to injury to all those workers who are now out of a job by saying he’s okay with pipelines in Russia, from Russia to Germany. And so, he gave a gift to Russia. You see unemployment through the roof, and in so many places, everywhere you go they can’t find workers because Joe Biden’s paying people not to work and then he gives money to states like Michigan who are incredibly mismanaged and [Governor Whitmer] wants to pay people who are working part-time [and] still give them unemployment benefits.

“You wonder why there are lines at the pump. You wonder why you can’t find lumber. [There is a] 400 percent increase in lumber. It’s going [to] cost you $30,000 more to build a home today than it did just a year ago. President Trump had this under control. We were coming out of this. We had an economy ready to take off again. We had a controlled border, and right now, it’s out of control. The border is out of control. Domestically, we’re seeing inflation going through the roof. We’re paying people not to work. And then he’s giving a gift to our enemies like Russia and China. [Biden] wants to give the vaccine away, the intellectual property, to China. What’s going on in the White House right now?”

“Well, these questions about his relationship and Hunter Biden’s relationship with foreign countries [were] raised. Look at the New York Post, they raised serious questions about Ukraine, and the New York Post’s entire Twitter feed was shut down. They were kicked off of Twitter for sending out a story that turned out to be true. So, all of these questions have been raised since before the election, and Joe Biden has never been asked this by the mainstream media because they want to give him [a] pass. They really don’t care. They just hated Donald Trump, and I think that’s quite evident that they’re looking the other way even with some of these latest scandals that we’re seeing. How often does he get asked about the crisis at the border or these emails by Fauci?”