WASHINGTON, D.C. — House Republican Whip Steve Scalise (R-La.) joined Fox News Channel’s The Ingraham Angle last night to discuss how Speaker Pelosi is using her January 6th primetime hearings to distract from the issues that are actually negatively impacting the American people, like soaring inflation, skyrocketing gas prices, surging crime, and migrants unlawfully entering the United States. Whip Scalise urged Democrats to abandon their Hollywood-produced theatrics and focus on reversing their self-made crises that are wreaking havoc on American families and workers. Additionally, Whip Scalise called out Democrats for wanting to defund the police and for pushing gun-grabbing measures that encroach on the freedoms of law-abiding citizens. 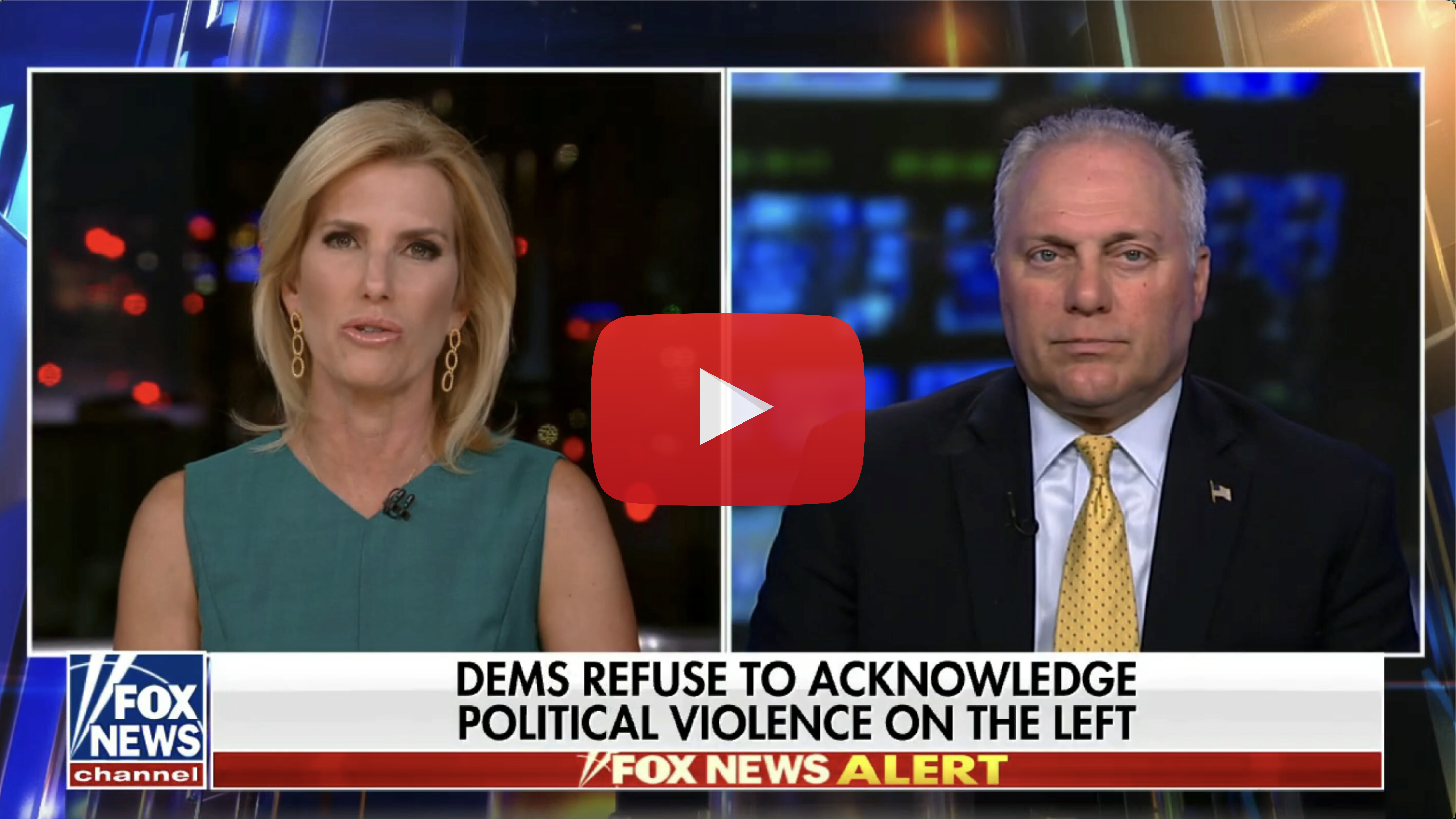 Click here or on the image above to watch the interview.
On Democrats’ push for government control: “Look, I mean, clearly, we all know what happened. They, you know, whatever [Congresswoman Speier’s] reason was, I think most Americans are just sick and tired of the politicization that you’re seeing by the Democrats to try to change the subject. They know what the American people are angry about.“[The] American people are angry about what [President] Biden and [Speaker] Pelosi and their far-left socialist agenda have done to people, and they wish Congress was addressing those things. Not this Hollywood production, not an attempt to take away your guns. It just seems like over and over again, they think they can blame Putin, they can blame anybody else. The American people are smarter than that. They figured out who is the cause of the pain [that] their families, and our families, are suffering, and they want to change direction as Speaker Gingrich just talked about. “You know, what’s coming in November, something they’re scared to death of because they only want power. They still want to shut down cities. They still want to defund the police. They still want to do the things that the American people are tired of, and the American people are going to have the final say on November 8th.” On Democrats politicizing January 6th and ignoring their self-made crises:“Laura, you know, one important question that we’ve asked the mainstream media to ask Speaker Pelosi [is] who paid this Hollywood producer? Because it’s against the law to use taxpayer funds to produce a documentary trying to promote their political agenda or go after their political opponents.“And we haven’t really heard an answer. You know, who paid this guy? We know who he is. [He] not only produced this video, [but] he also supposedly covered up for Jeffrey Epstein, you know, so he’s got his own track record. But how did he get paid? Because he’s not allowed to get taxpayer money to get paid. And if he did it for free, that’s an in-kind contribution, which is also illegal.“So, I think the question of who did pay him and how much did he get paid, and how did that transaction even occur, is an interesting question because there may be violations of law.”