WASHINGTON, D.C.—House Republican Whip Steve Scalise (R-La.) joined fellow Republican leaders to address the dangerous anti-Israel BDS movement, which has found a foothold in Congress through some Democrat members. Whip Scalise questioned why Speaker Pelosi refuses to bring House Foreign Affairs Committee Ranking Member Michael McCaul’s (R-Texas) bill that would give the country real power to combat this movement to the floor, instead of just toothless resolutions. Whip Scalise then called on Democrats to stop focusing on Presidential harassment in their march towards impeachment and start addressing the nation’s real problems like the crisis at our border. 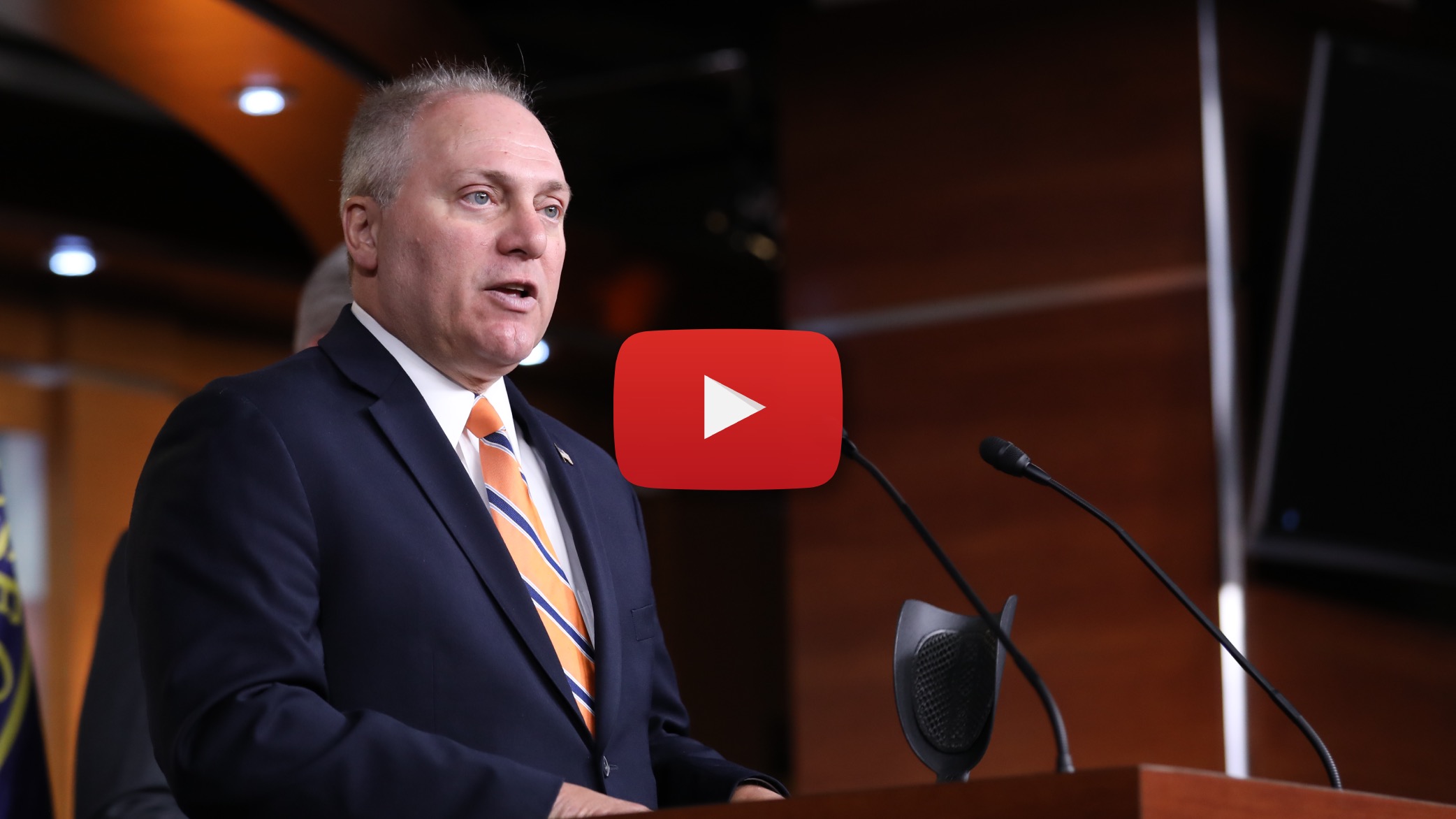 On resolution to condemn the anti-Israel BDS movement that the House passed last night despite facing pushback from some Democrat members:

“I really want to commend Congressman Kustoff and Congressman Zeldin for their continued leadership to, not only stand with our great friend Israel, but to also stand up against this dangerous BDS movement. I think everybody recognizes what the movement is about. The movement is about delegitimizing Israel as a Jewish state and undermining their economy, crippling their ability to function as a Jewish state, the only elected democracy in the Middle East. That’s why it’s so important that we stand with Israel and we stand up against this movement that is gaining traction in Europe and starting to gain some support within Congress, even as we saw last night. The resolution is important in stating why the BDS movement is dangerous, and why it’s really targeted against Israel.”

On the need to pass Rep. Michael McCaul’s anti-BDS legislation, which Speaker Pelosi has refused to bring to the floor:

“But if you look at the next action that needs to be taken, frankly, the obvious action that wasn’t taken last night, that is the bill with teeth, the McCaul legislation that Congressman Zeldin mentioned. H.R. 336 is the companion bill to Senate Bill 1, which had overwhelming bipartisan support passing the Senate. Why hasn’t Speaker Pelosi brought that bill to the floor?

“It will pass as Congressman Zeldin mentioned because it has overwhelming bipartisan support just like the companion bill in the Senate, but Speaker Pelosi won’t let that bill come to the floor. It is very curious that she won’t. It is time for her to stand up against the most radical elements of her conference and allow this legislation to go forward that has incredible bipartisan support and really does give the United States teeth to stand with our friend Israel against this dangerous BDS movement.”

On the House Judiciary Committee’s hearing with Robert Mueller:

“Yes, Russia tried to interfere with our elections when Barack Obama was President. While enough action wasn’t taken back in 2016 to try and stop Russian interference at least they weren’t able to change any outcomes of votes in any state. It shows that we need to be vigilant, continuing to stand up against any attempt by any country or any other organization to interfere with our election. I’m glad Donald Trump is taking strong action as President to ensure that we’re going to have secure elections next year. But make it clear. Mueller had the full authority to bring charges against anybody. He didn’t bring any charges against the President.”

On House Democrats’ failure to address the issues important to Americans as they focus their energy on Presidential harassment and impeachment:

“The fact that they still try to keep this out there by having hearing after hearing and motions towards impeachment that you see [Judiciary Committee Chairman Jerry] Nadler on this drumbeat towards. I think most Americans recognize that the things that aren’t being done are more important than watching what they’re trying to do in moving towards impeachment with no grounds for impeachment.

“The same committee that has jurisdiction over the border crisis, which is a major crisis to our national security and is not being dealt with by Speaker Pelosi’s leadership team because that same leadership team is focused on trying to impeach the President, whether the facts back it up or not and they don’t back it up.

“The committee of jurisdiction continues on this impeachment drumbeat and they’re not taking the action they should be taking to secure the border or address the other problems like high drug prices in this country. We’re going to continue to fight to get that addressed.”