WASHINGTON, D.C.—House Republican Whip Steve Scalise (R-La.) joined fellow Republican leaders to discuss the newly formed conference committee and its work to find a long-term agreement on government funding that will secure the border. Whip Scalise highlighted the American lives that are at stake with these negotiations by sharing the story of a Louisiana fire chief, Spencer Chauvin. While responding to a call, Chauvin was killed in a car wreck caused by an illegal immigrant.

Whip Scalise concluded by posing the question to Speaker Nancy Pelosi (D-Calif.): “If somebody winning means that there are more victims like Spencer Chauvin, is that really the definition of victory?” 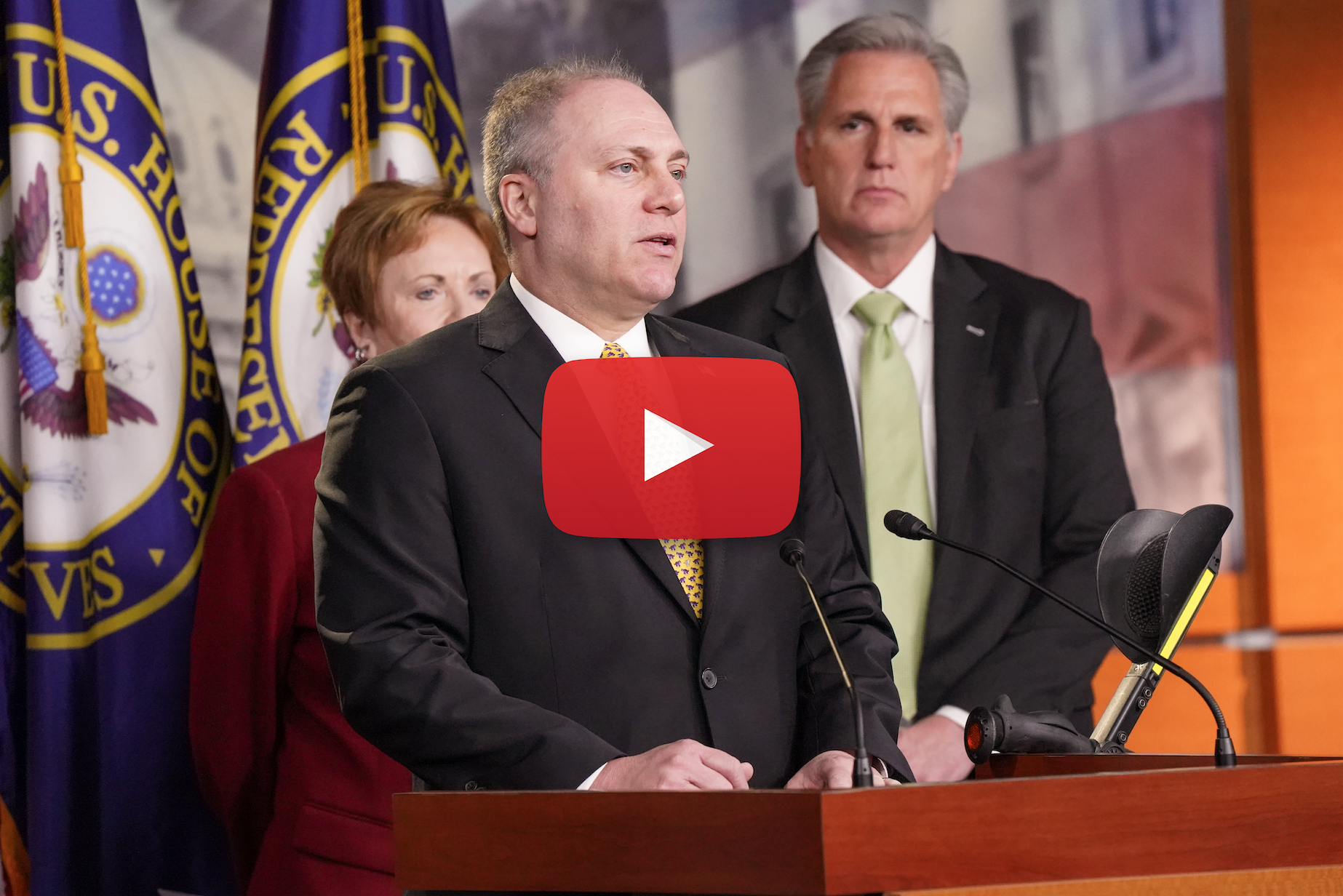 On the conference committee’s work to find a funding agreement that secures the border:

“I want to thank my colleagues on the conference committee for the work they are embarking upon. It’s important that we get a resolution that ultimately resolves this crisis at the border. I think that’s where the focus now needs to shift back to. The whole reason we were at this impasse is because the President’s experts, the men and women who risk their lives to secure our border, said it’s going to take $5.7 billion to give them the tools they need to properly secure the border.

“Nancy Pelosi’s only offer that she was willing to put on the table publicly was one dollar. That was an insult from the beginning, but she said she wasn’t going to negotiate during the shutdown. Well now the shutdown is over. It’s time for Nancy Pelosi to actually start negotiating in good faith and to put a dollar amount on the table. If she doesn’t agree with the experts who risk their lives to secure our border on what it’s going to take, then she needs to put a counter offer on the table and back that up with some real data that shows how that will secure our border.”

On the growing number of Democrats that support securing the border with physical barriers:

“As my colleague from Georgia, [Rep. Tom Graves], just said, it’s not about who wins or loses a fight. It’s about whether or not we are finally going to secure America’s border. President Trump has been committed to this goal from the beginning. He campaigned on securing our border, which includes physical barriers like a wall. Let’s also look at the fact that over these last few weeks, we’ve seen a growing number of Democrats move our way. Even Steny Hoyer last week acknowledged that physical barriers have to be part of the solution.

“Nancy Pelosi may still disagree with that and have this ridiculous concept that walls are immoral even though they work everywhere they’ve been placed. You can go to Tijuana. You can look at the success in San Diego and so many other cities where they’ve actually put up physical barriers and it has reduced illegal crossings. I think as we’re having this discussion, let’s keep in mind why we are trying to get this issue resolved because we have a crisis at the southern border. We have to secure our border to protect and keep America safe.”

On Louisiana Fire Chief Spencer Chauvin, who was killed in a car wreck caused by an illegal immigrant:

“We are a nation of laws. We are a nation that embraces the greatness of what immigrants mean to our country. Again, we let over one million people into our country every single year, by far the most generous nation in the world. What we’re trying to say is while we’re a nation of laws, let’s secure our border so that we don’t have more victims like Spencer Chauvin. Let’s keep the focus on what this is all about. If somebody winning means that there are more victims like Spencer Chauvin, is that really the definition of victory?”