WASHINGTON, D.C.—House Majority Whip Steve Scalise (R-La.) joined Fox News Channel’s The Ingraham Angle to discuss House Republicans’ overwhelming passage of legislation to fund the government with President Trump’s requested $5.7 billion for border security. Over the last week, Democrat leader Nancy Pelosi (D-Calif.) repeatedly and falsely claimed House Republicans did not have enough votes to fund a border wall, but with a strong vote yesterday evening, Republicans proved they stand with the American people and for keeping our nation safe.

As the Senate now takes up this legislation, Whip Scalise stressed that Senate Democrats, led by Chuck Schumer (D-N.Y.), have a clear choice: cause another Schumer Shutdown over their support for open borders, or stand with the American people and the rule of law. 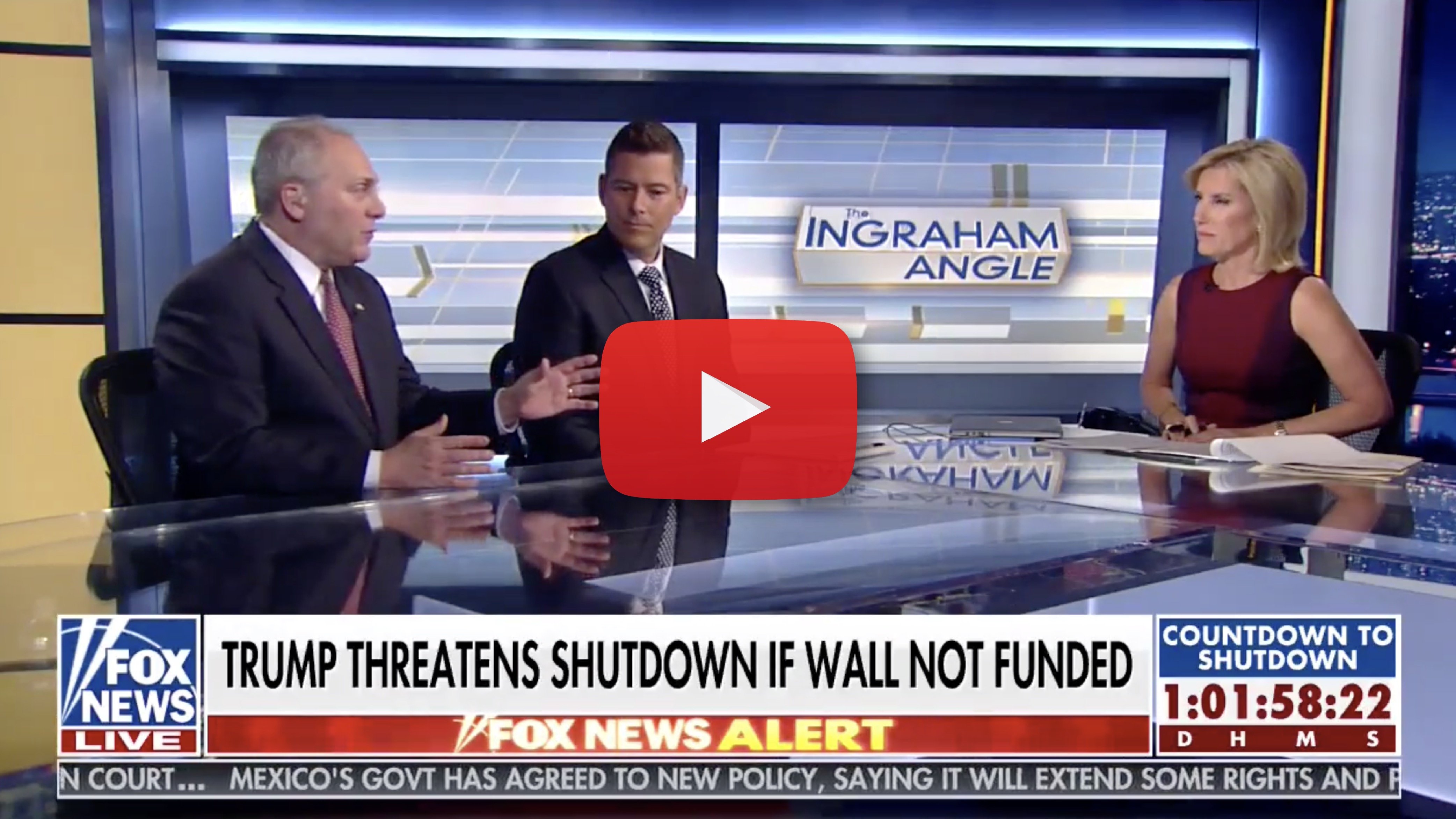 “First of all, I think it was a really important day today. When Nancy Pelosi, last week, was in the oval office with the President and Chuck Schumer, she said, ‘Mr. President, you don’t have the votes in the House to fund the wall.’ Today, we put up a massive vote with a large margin of Republicans that said ‘We’re going to stand with this President. We are going to fund the wall.’

“We just gave him serious leverage in whatever negotiations he is going to have with the Senate. They have to confront this issue knowing that we have the President’s back in the House.”

On Democrats’ choice to either stand for the rule of law or stand for open borders:

“This looks like another Schumer Shutdown. Think about this. A few years ago, Chuck Schumer voted for a border wall. He is going to have a hard time reconciling that.

“The American people see Donald Trump fighting for them to secure the border. It’s about border security. It’s been about this throughout his campaign. He won on this issue. It was one of the front and center issues and now he’s actually doing it.

“If Chuck Schumer wants to sit there and say we are going to have a shutdown, and try to blame somebody else for it, the American people know this is about border security. You are either for it or you are against it. We have people in the caravan who are known criminals. They are attacking our border patrol agents at the border. Let’s stand up for [the American people].”