WASHINGTON, D.C.—House Republican Whip Steve Scalise (R-La.) introduced a resolution providing for floor consideration of Rep. Ann Wagner’s (R-Mo.) Born Alive Abortion Survivors Protection Act. After 30 legislative days, Whip Scalise will file a discharge petition that would force a vote in the U.S. House of Representatives upon being signed by a majority of members of the House.

Read below to see the growing coverage from news outlets and support from members of Congress.

Daily Caller: Steve Scalise is on a Mission to Save Babies Born Alive from Being Left to Die

The Blaze: House Republicans Hope to Force a Vote on an Anti-Infanticide Bill 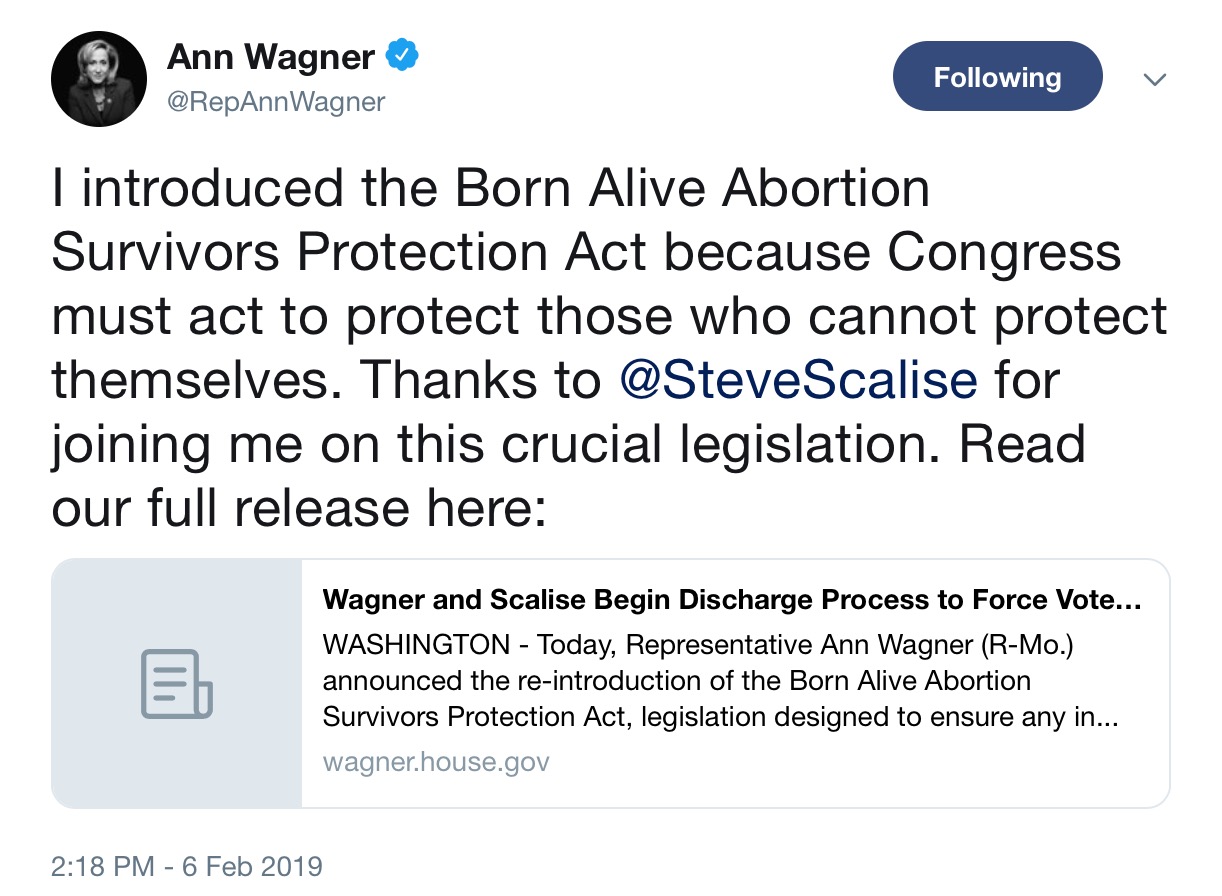 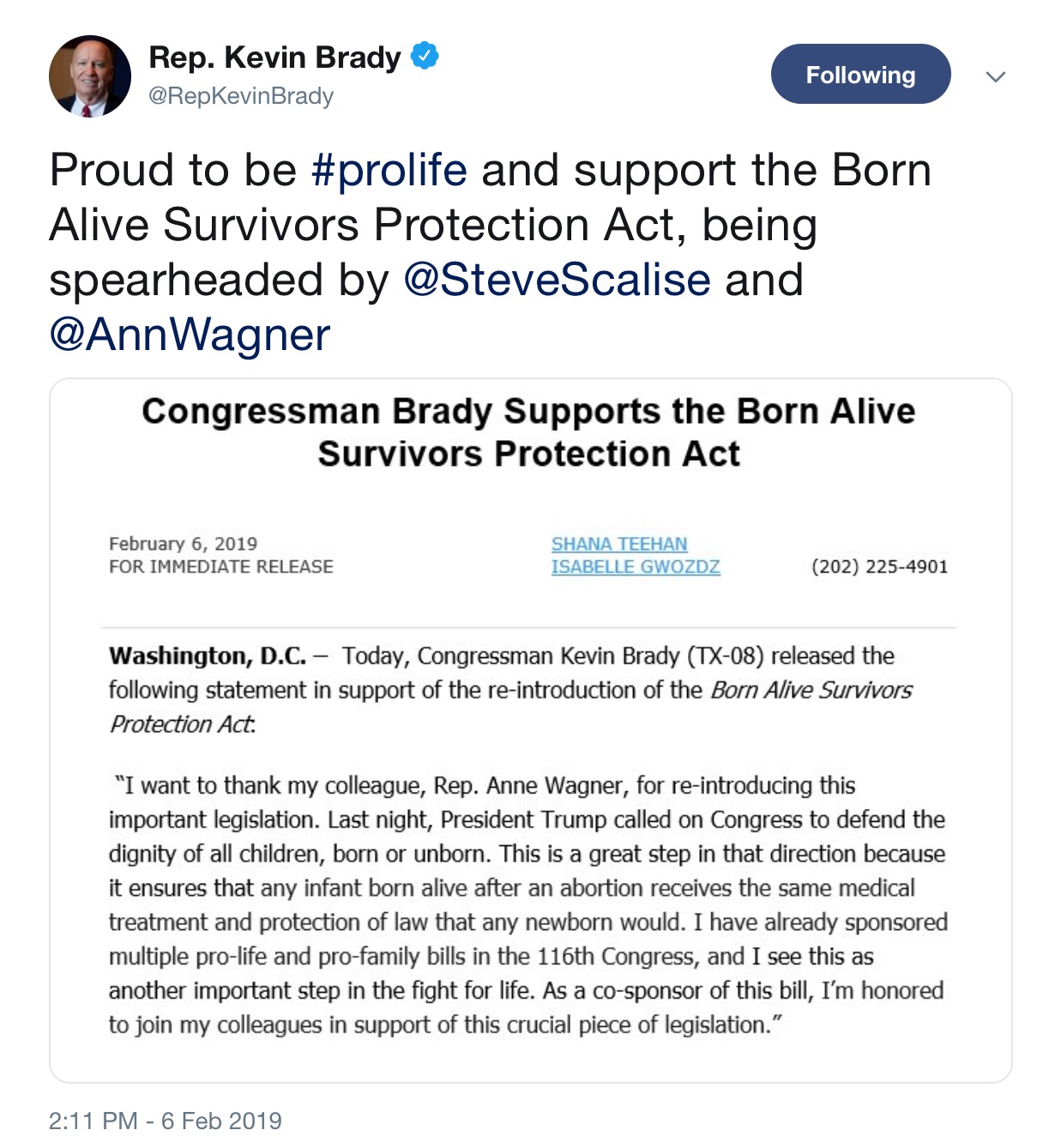 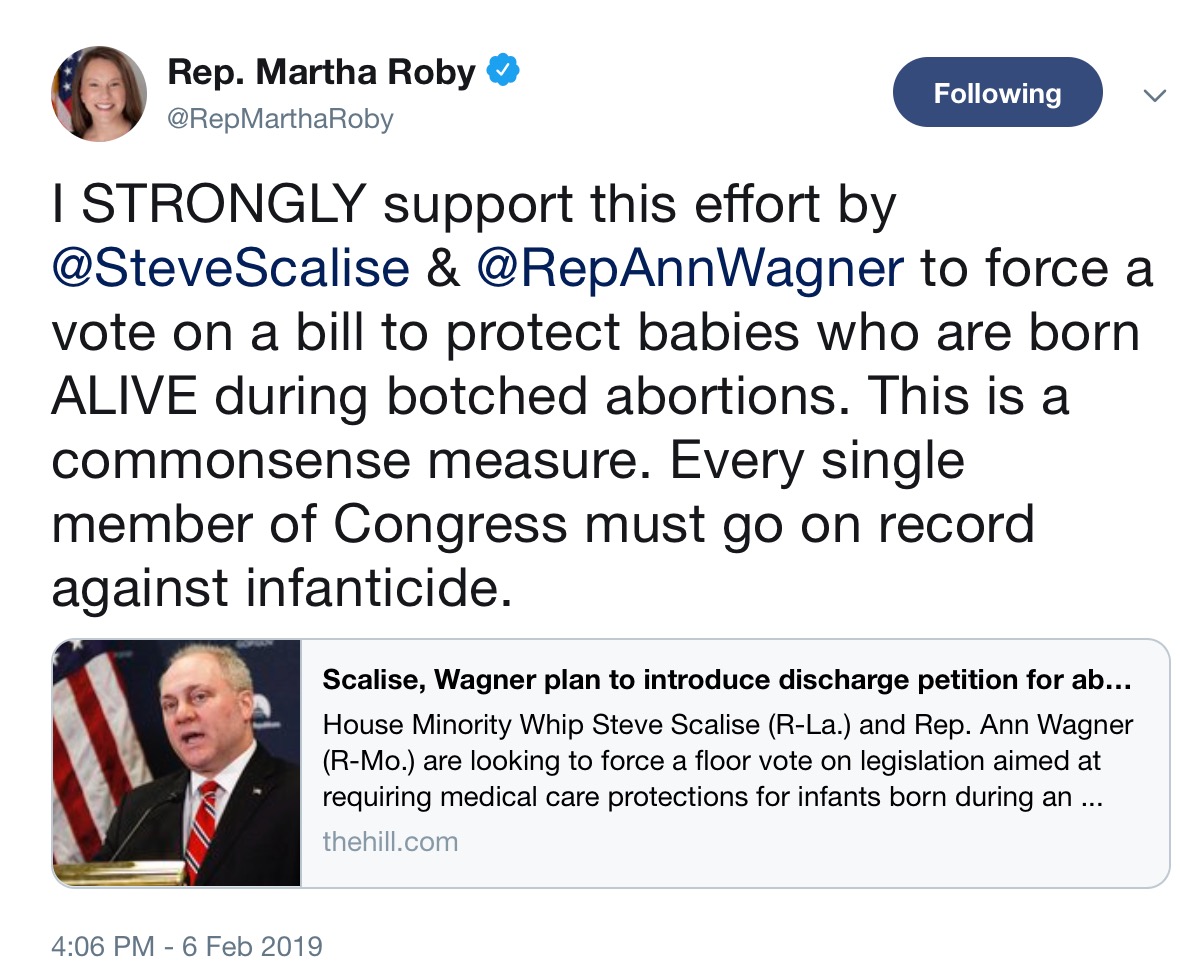 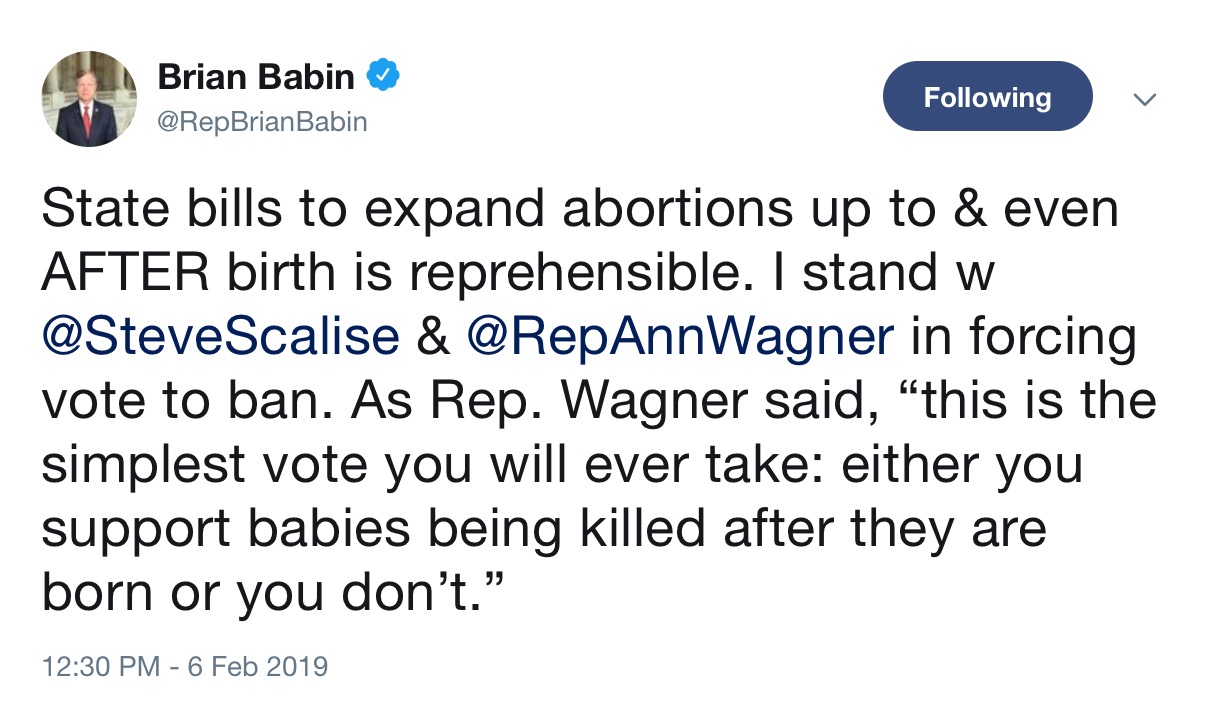 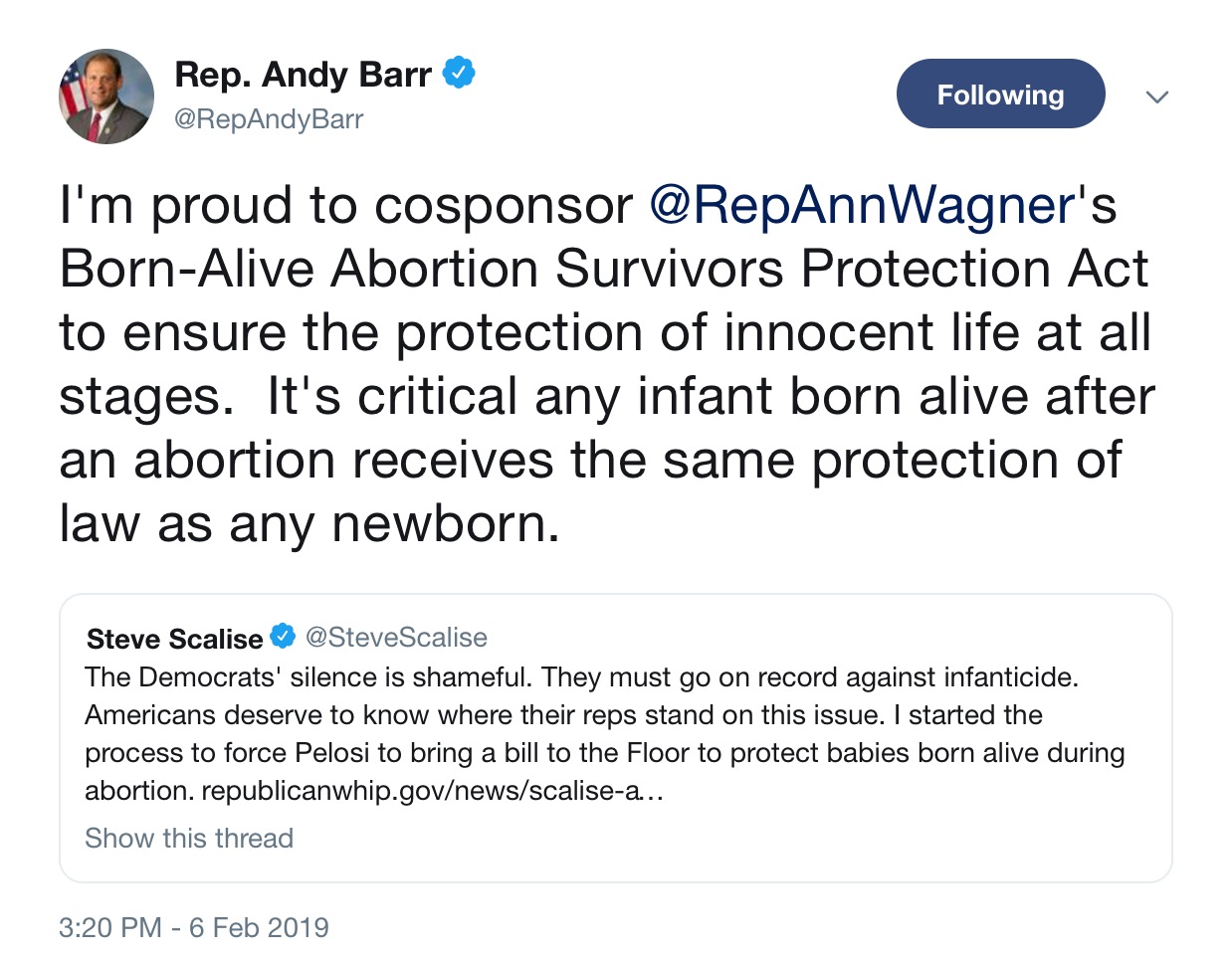 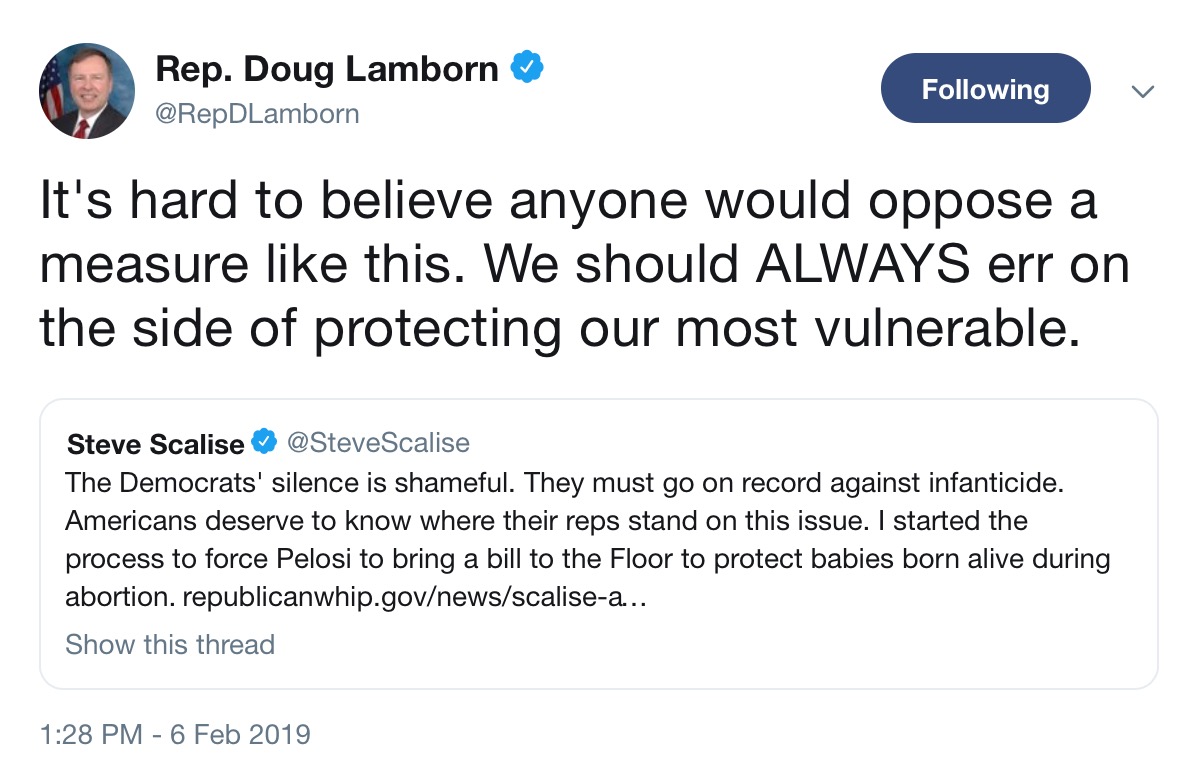 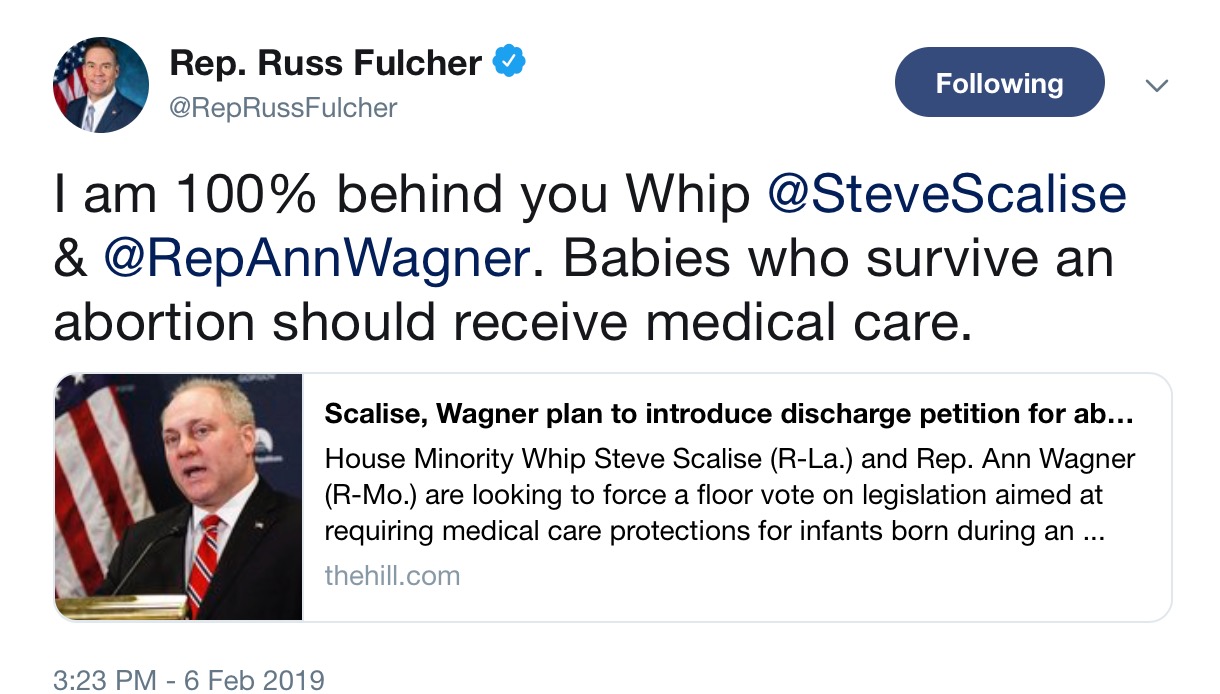 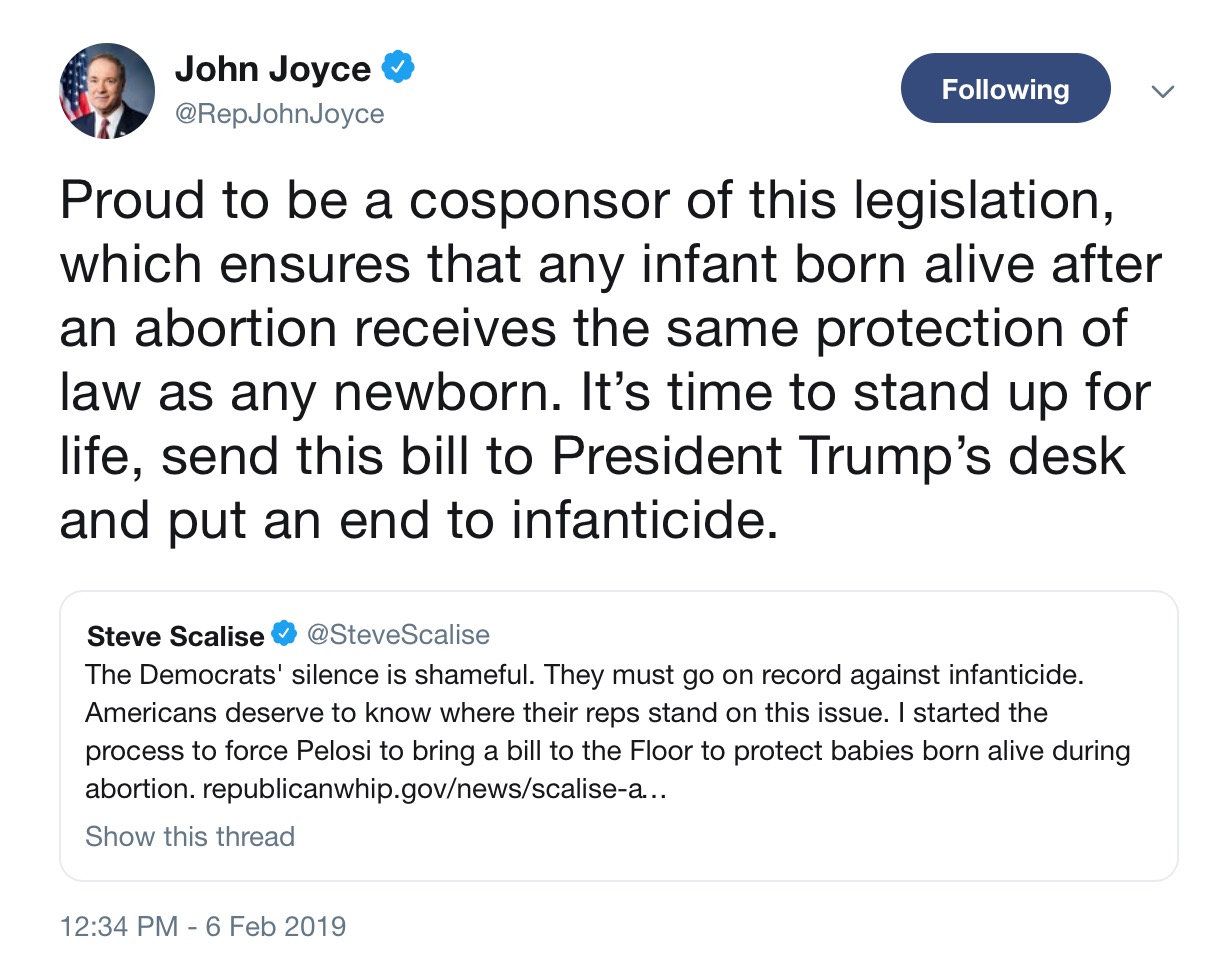 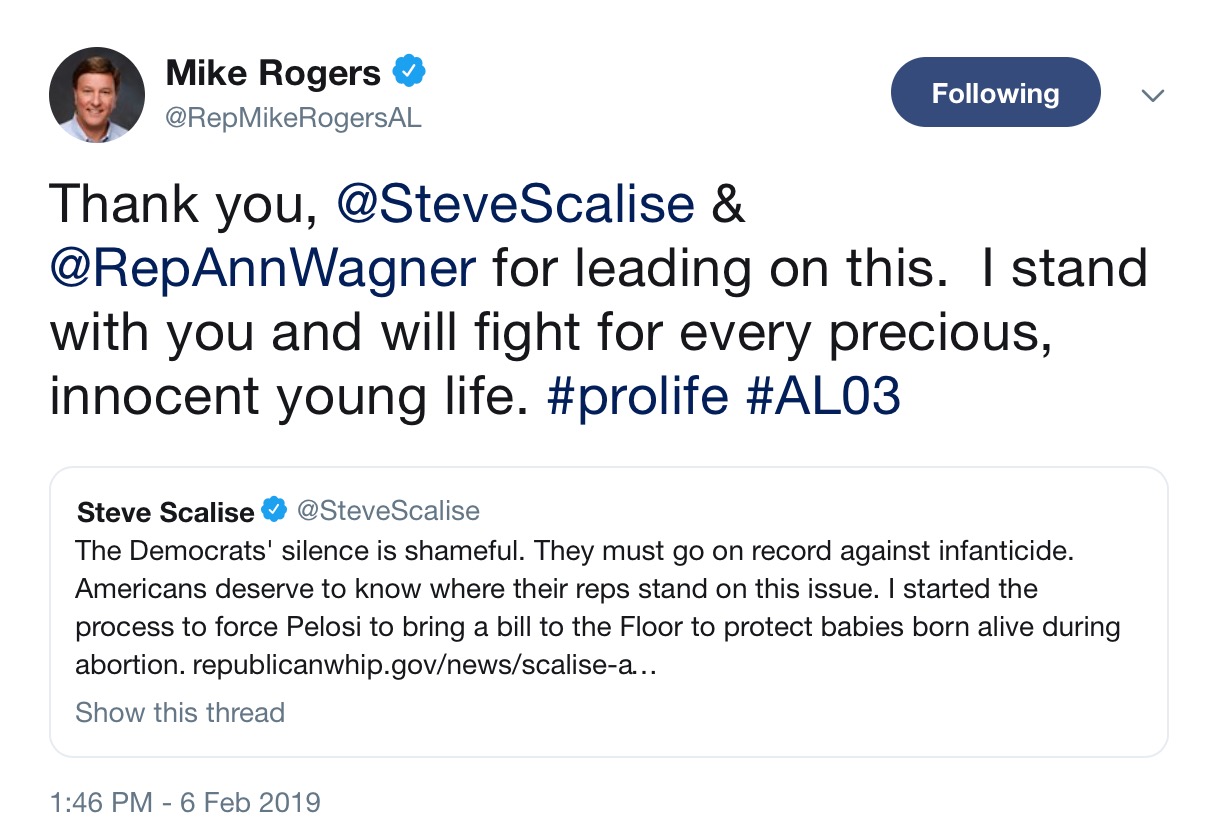 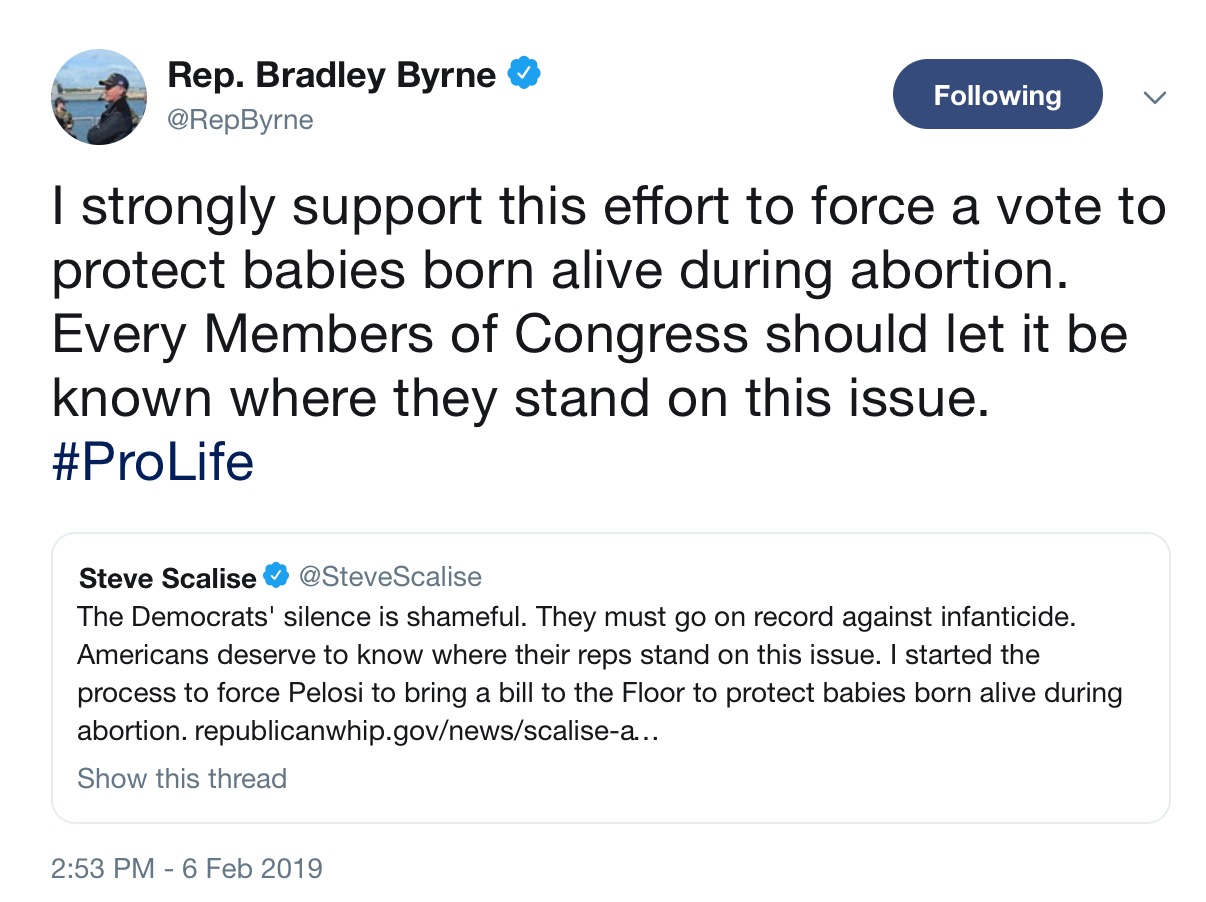 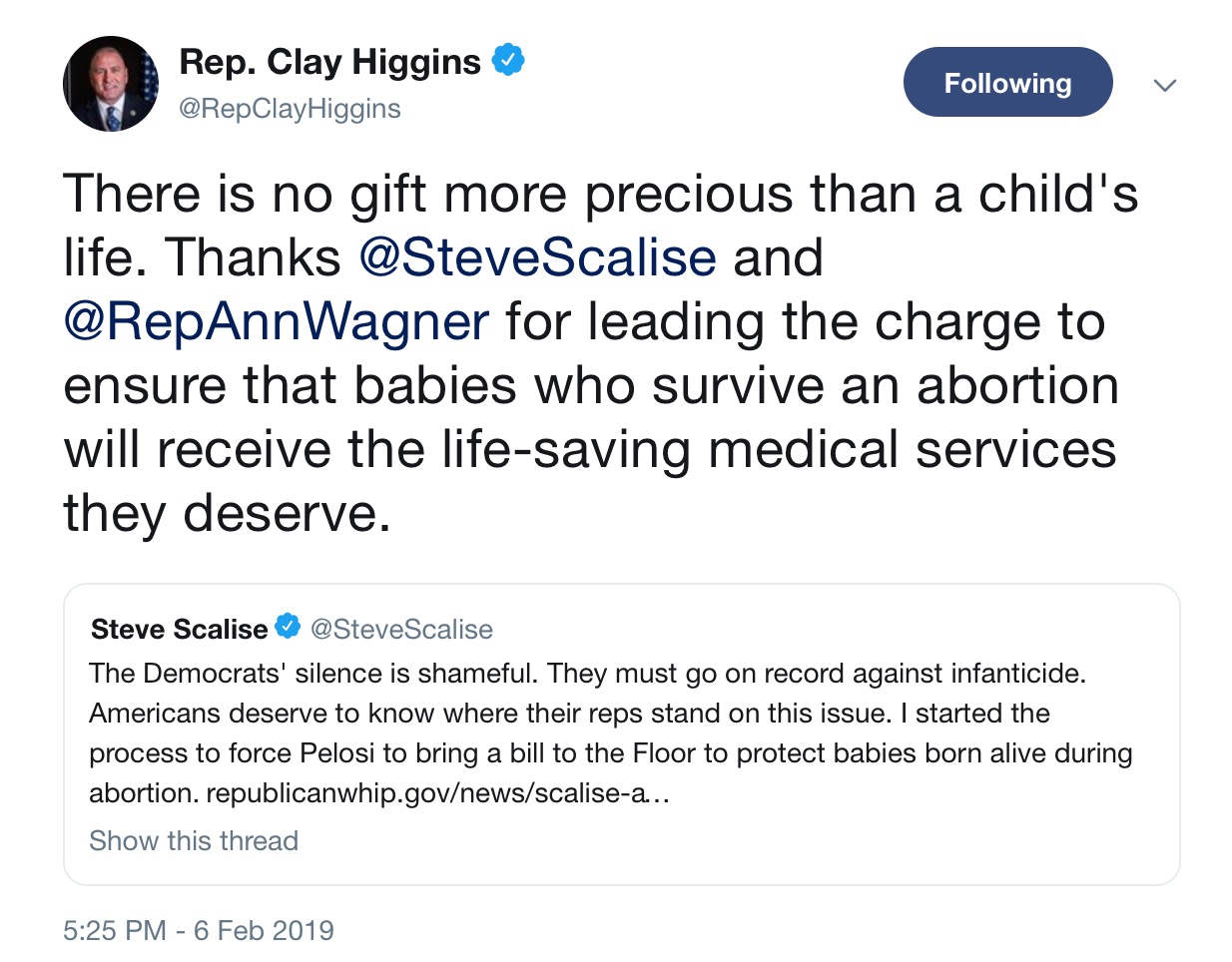 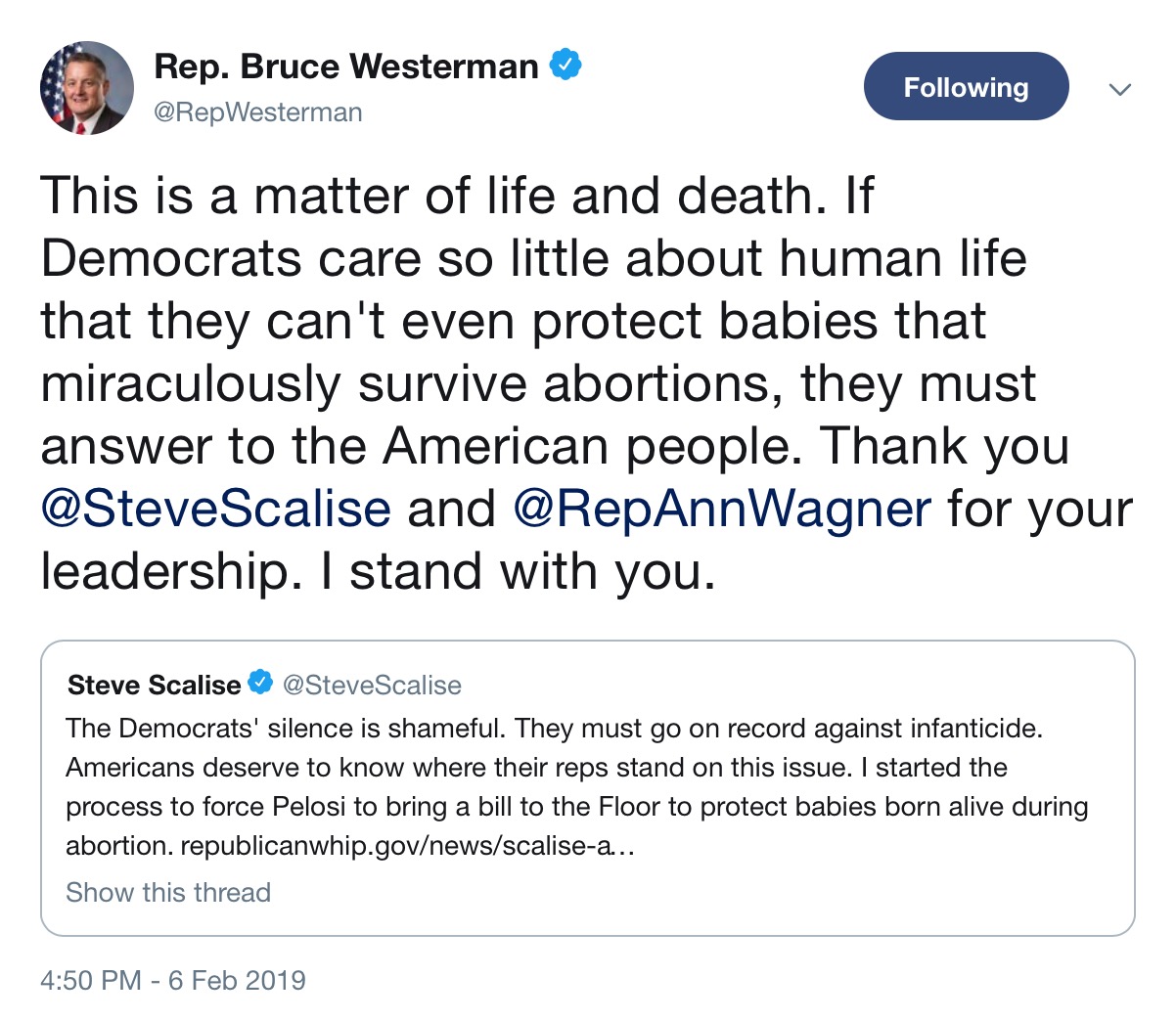 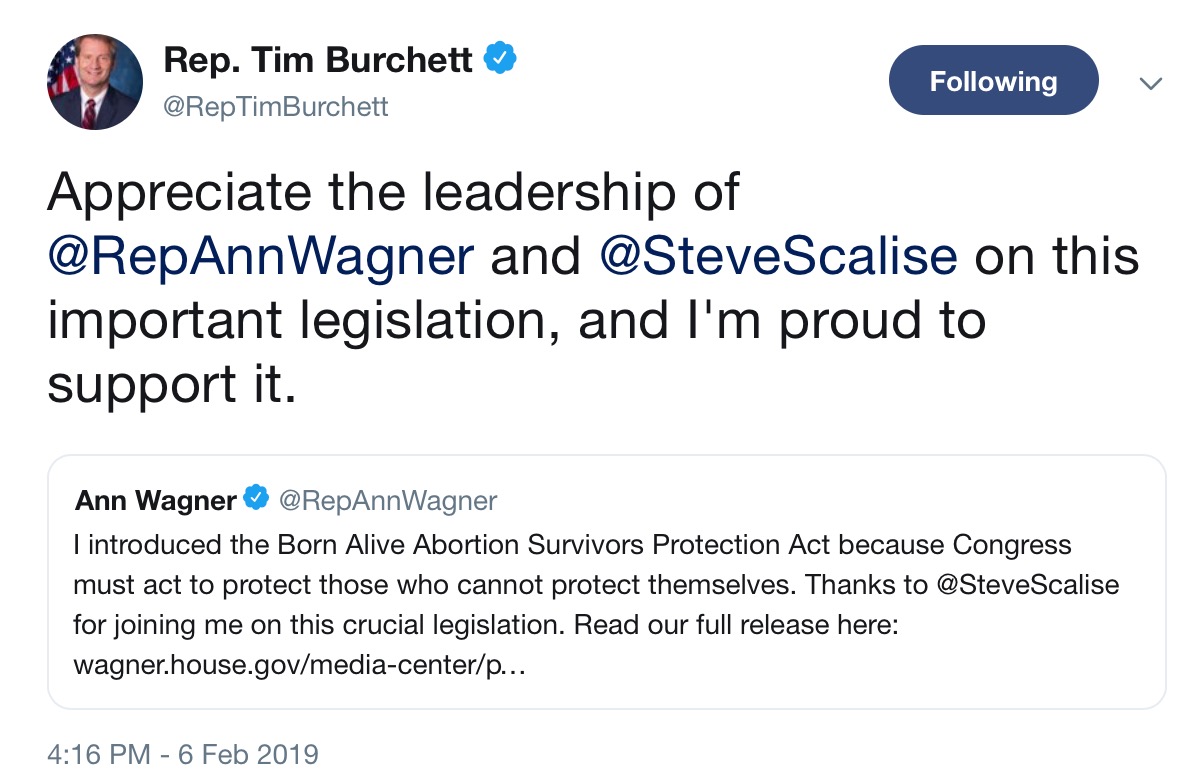