TOPLINE: Whip Scalise is committed to exposing President Biden and Congressional Democrats’ giveaways to radical special interest groups and the far-left provisions buried in their 1,684-page big government tax-and-spending spree. There are many “hidden gems” that Democrats are handing the socialists, and Whip Scalise will be highlighting them throughout the next few weeks. 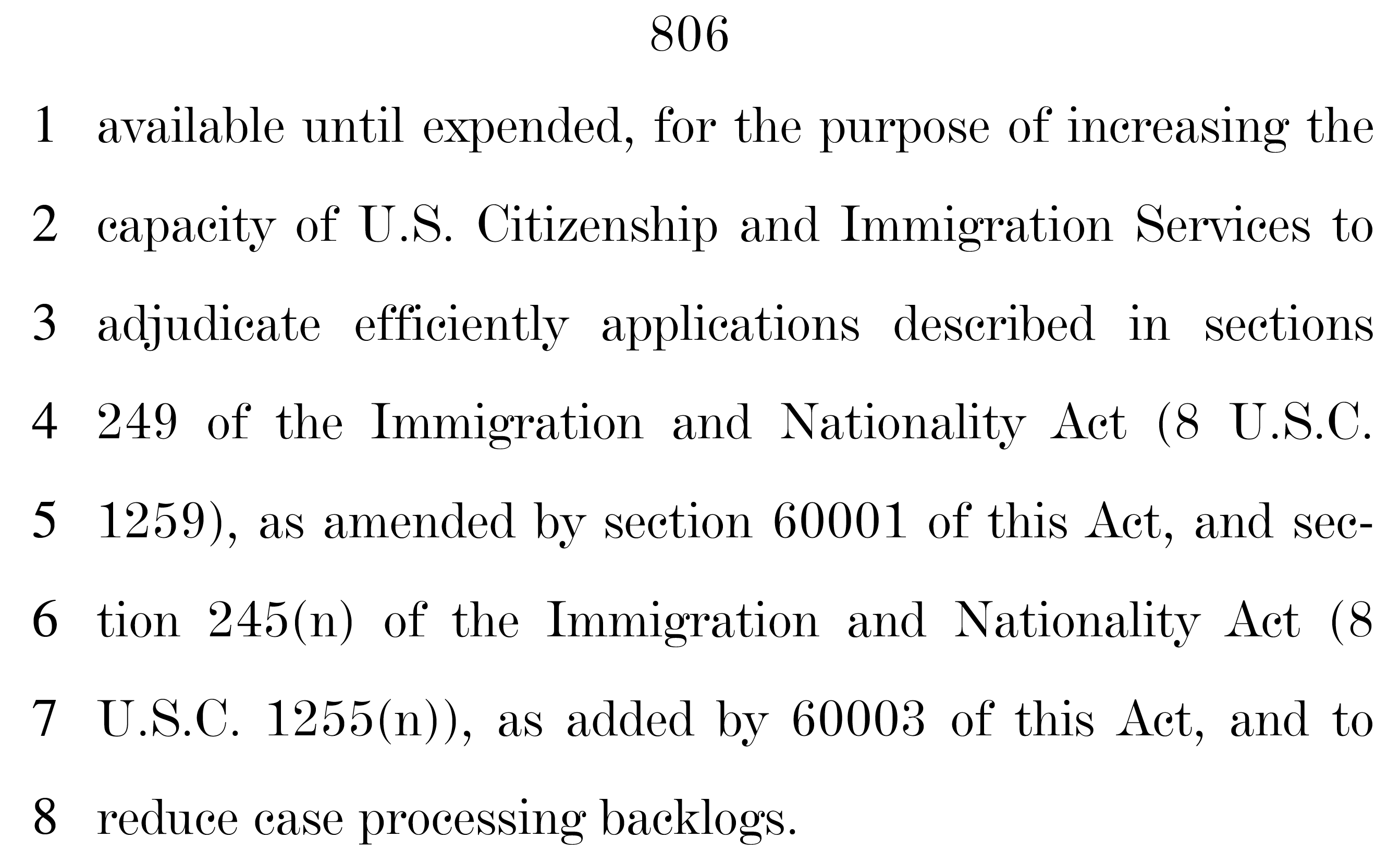 Now, instead of hiring more Border Patrol agents and ICE officers, President Biden and Congressional Democrats want to give U.S. Citizenship and Immigration Services (USCIS) more than half of its FY 2021 budget to process amnesty requests.

This will worsen the ongoing crisis at our southern border and encourage more illegal immigrants to make the trip to unlawfully enter the United States in the hopes of being granted amnesty. 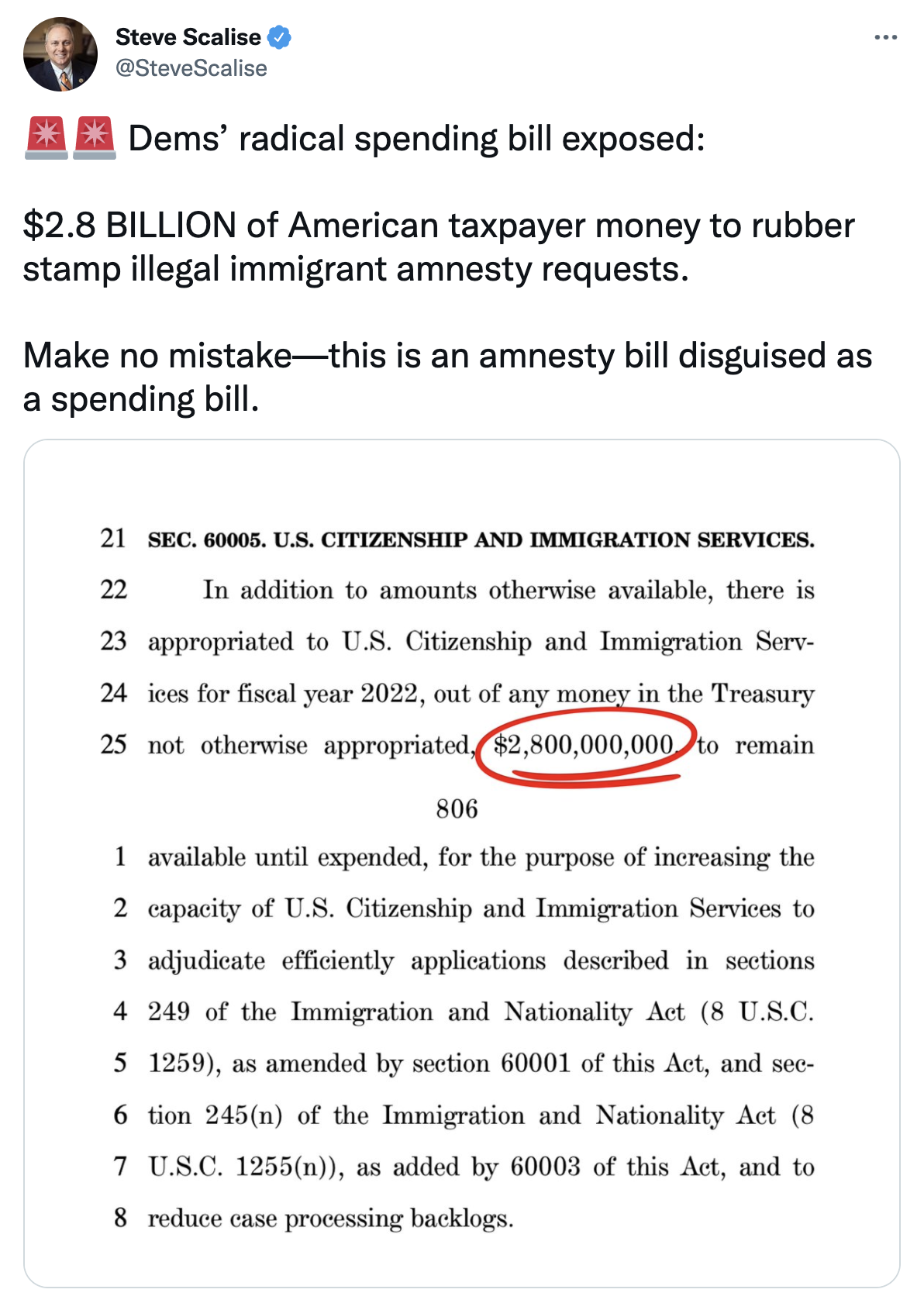 BOTTOM LINE: Federal and state law enforcement officers arrested more than 1.4 million illegal immigrants along the southern border during Joe Biden’s presidency. This is more than the population of the ninth-largest city in America. President Biden needs to close the southern border, not open it up. Including $2.8 billion to process amnesty applications would exacerbate the Biden Administration’s border crisis instead of fixing it.