Section 31301 allocates $300 million to the Emergency Connectivity Fund, which was created at the behest of teacher union bosses in the Democrats’ last reconciliation bill to keep schools operating on Zoom and not in person. 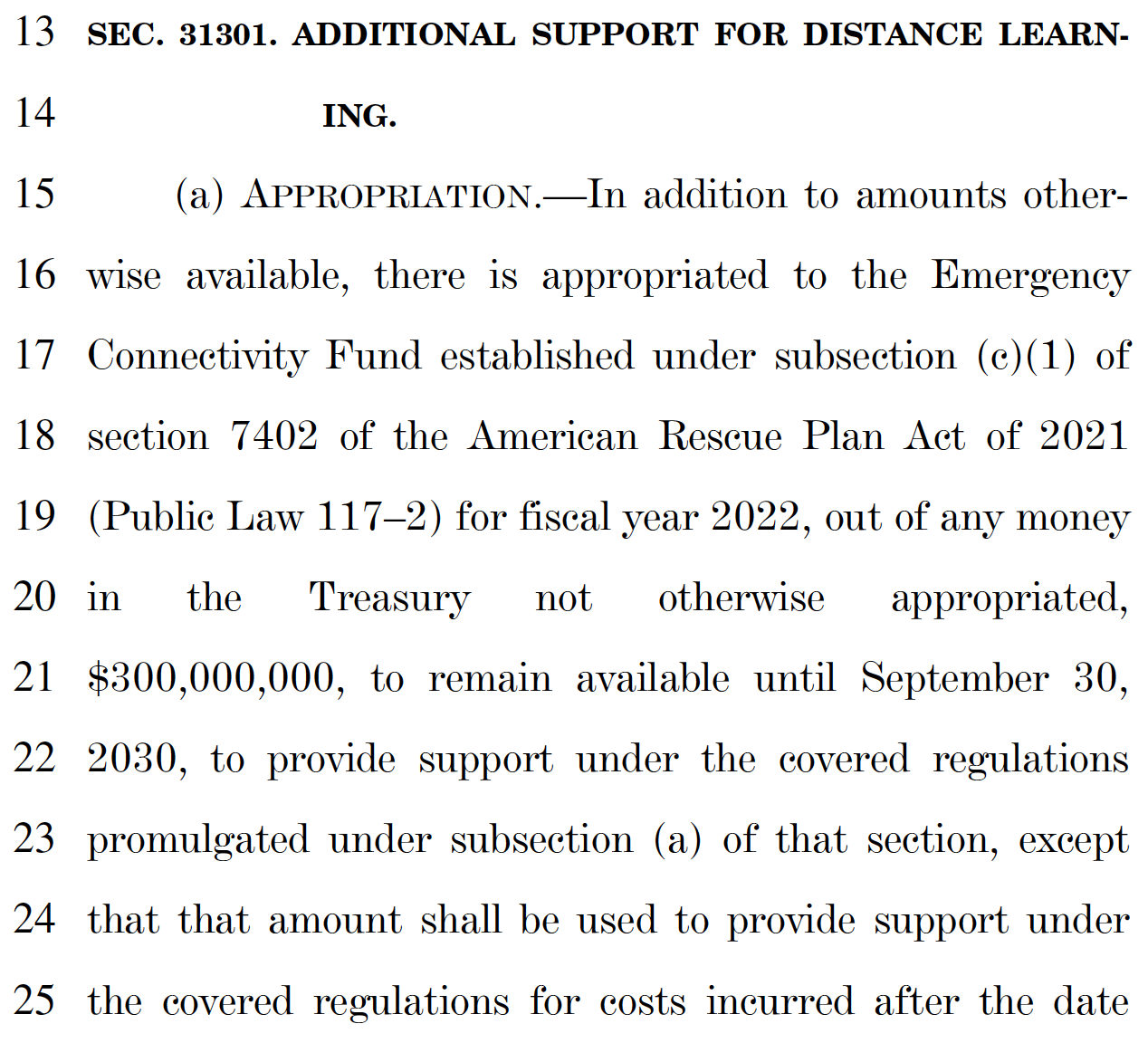 Adding more money to the Emergency Connectivity Fund illustrates how President Biden and Congressional Democrats are bowing to the demands of teachers unions, who want to keep children out of school.

By steering an additional $300 million towards a remote learning program created during the Covid crisis, Democrats are prioritizing the demands of teacher union bosses who want to stay home over the wellbeing of schoolchildren. 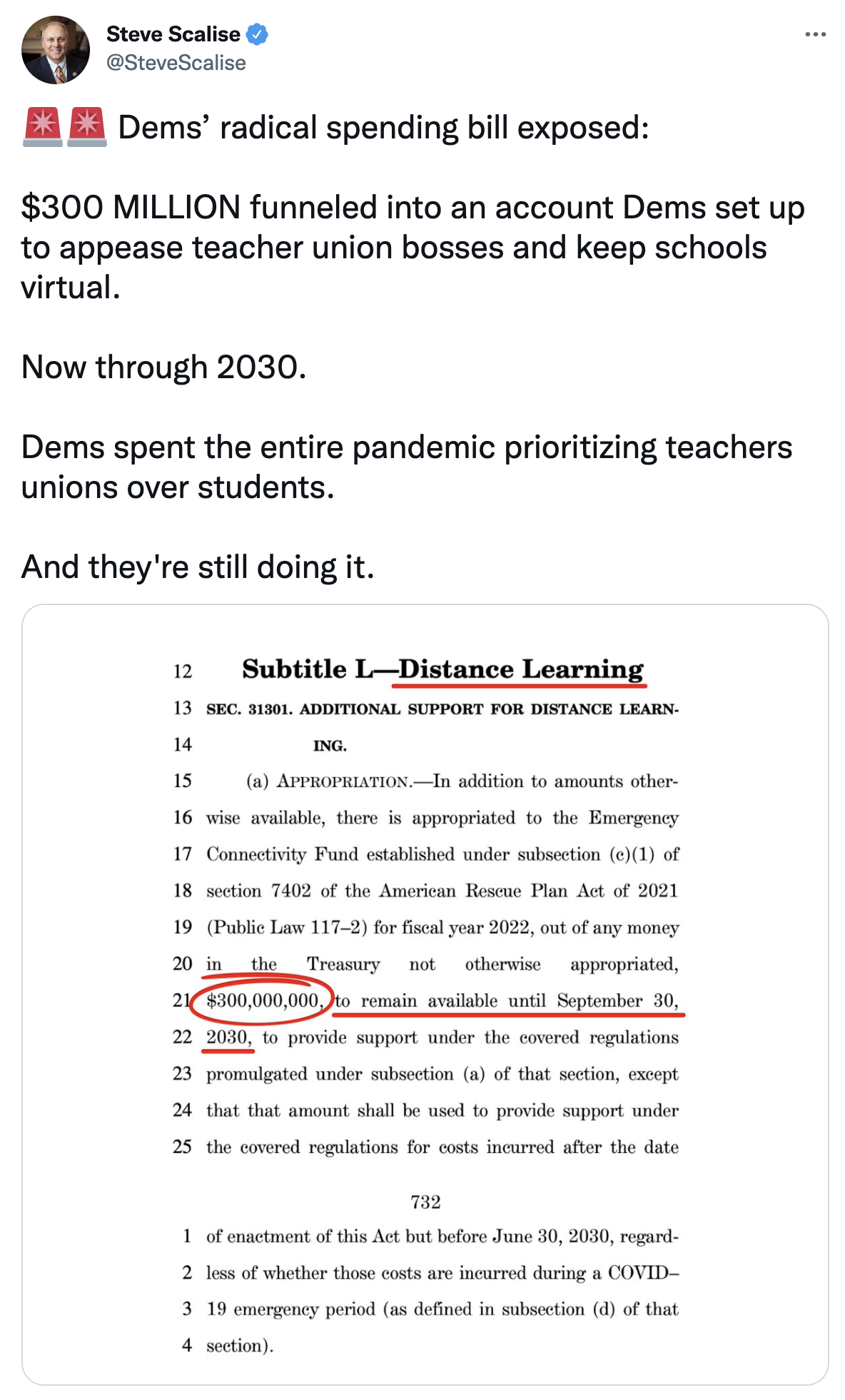 BOTTOM LINE: Instead of ensuring that children get back to the classroom, Democrats want to recklessly spend $300 million of taxpayer money to bolster remote learning and keep children at home.