Section 70302 provides nearly $5 million to the U.S. Fish and Wildlife Service “for the purposes of conserving endangered species and threatened species of plants in the Hawaiian Islands and the Pacific Island Territories of the United States.” 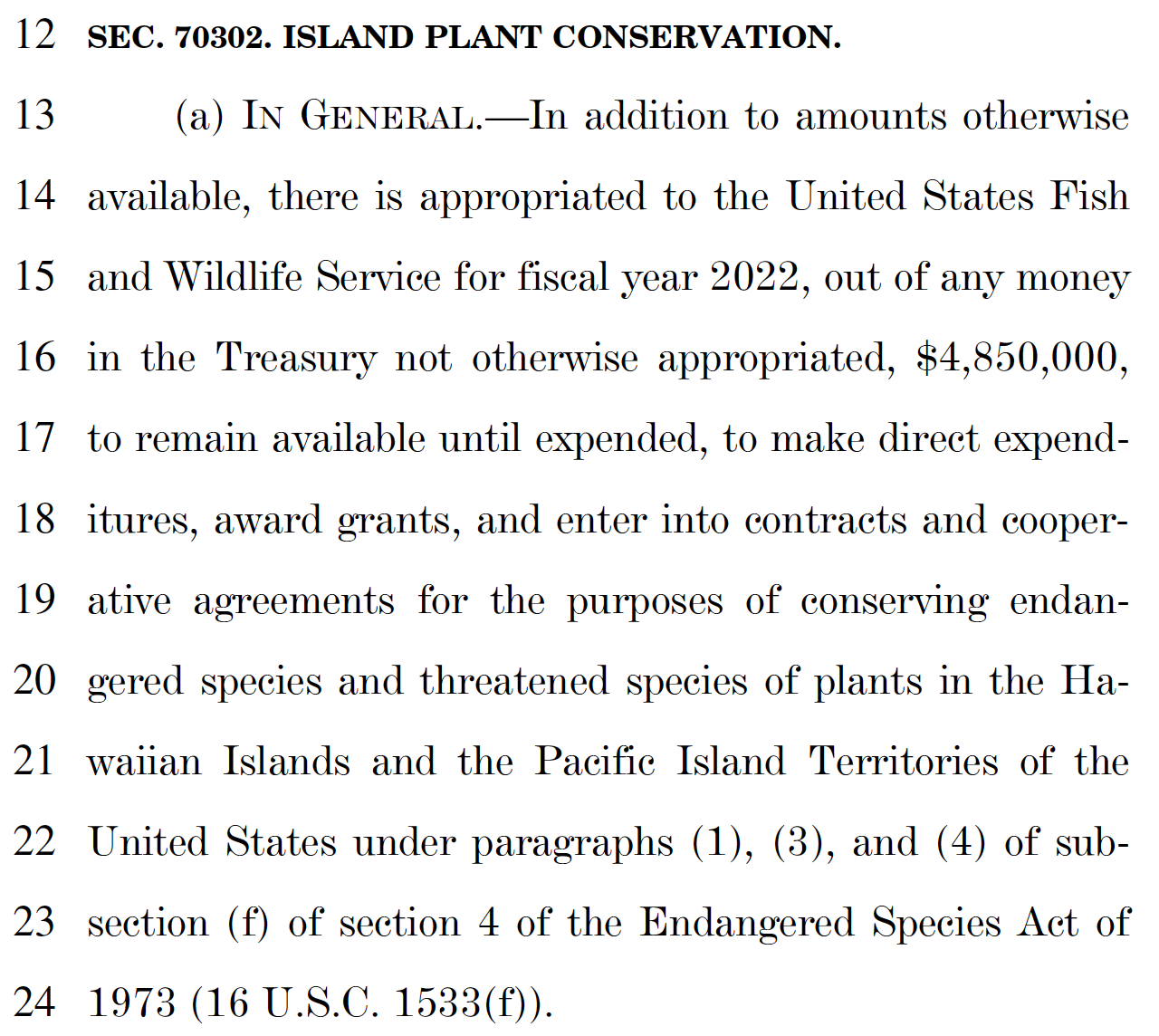 Democrats do not believe in a well-managed government that is accountable to the taxpayer.

Instead, they remain committed to spending taxpayer money on everything but the things that matter to the American people.

Allocating $5 million for “Island Plan Conservation” does nothing to reduce inflation, stop migrants from unlawfully entering our country, lower energy costs, or address the supply chain crisis. This is a waste of taxpayer dollars. 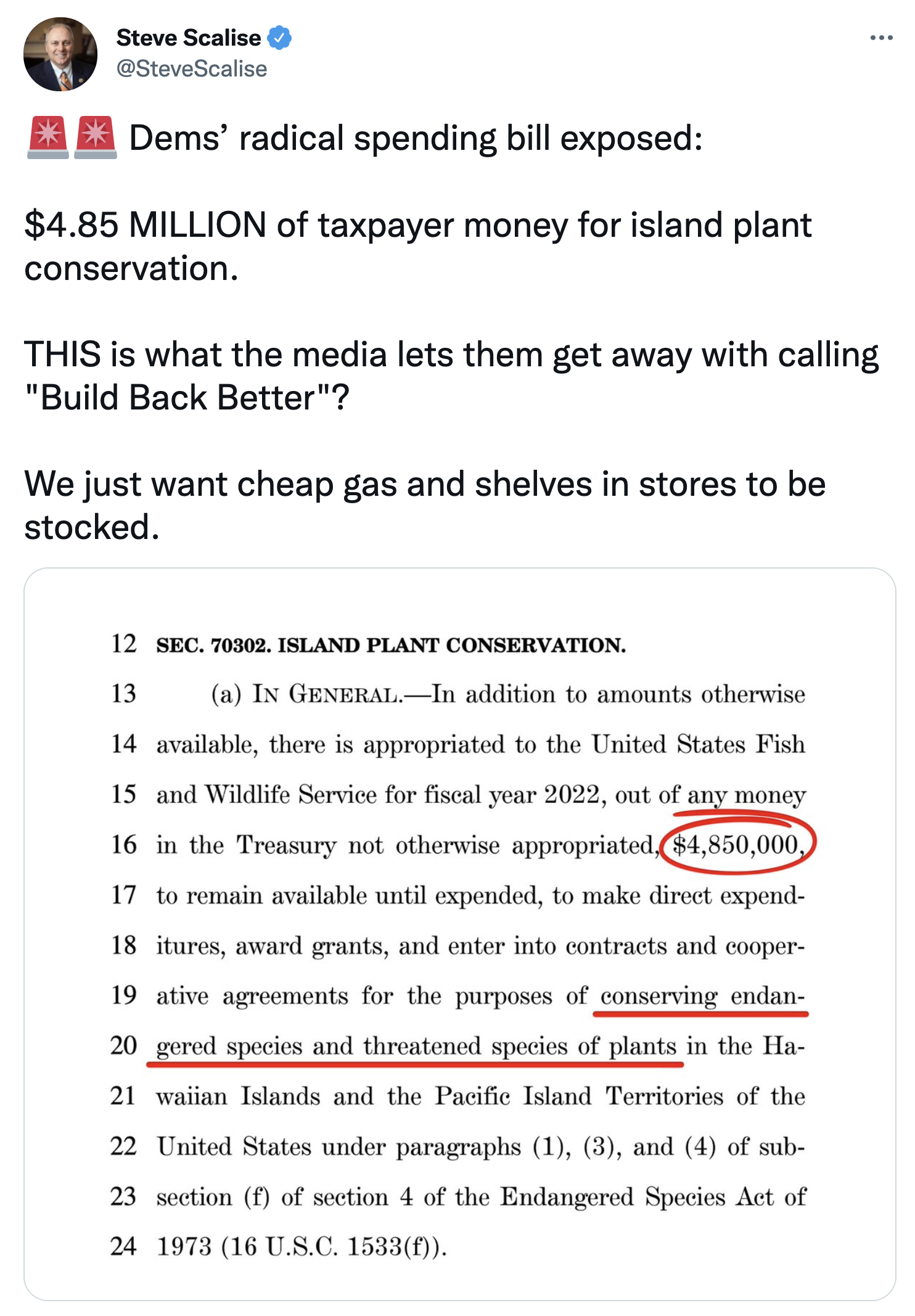 BOTTOM LINE: Democrats are out of touch with the American people. They should abandon their socialist agenda, fix their self-made crises that are hurting hardworking families, and work with Republicans to restore fiscal responsibility and accountability to the federal government.