Section 70703 provides $500 million for the National Park Service and Bureau of Land Management to carry out vaguely defined “conservation projects or resiliency or restoration projects” on public lands. 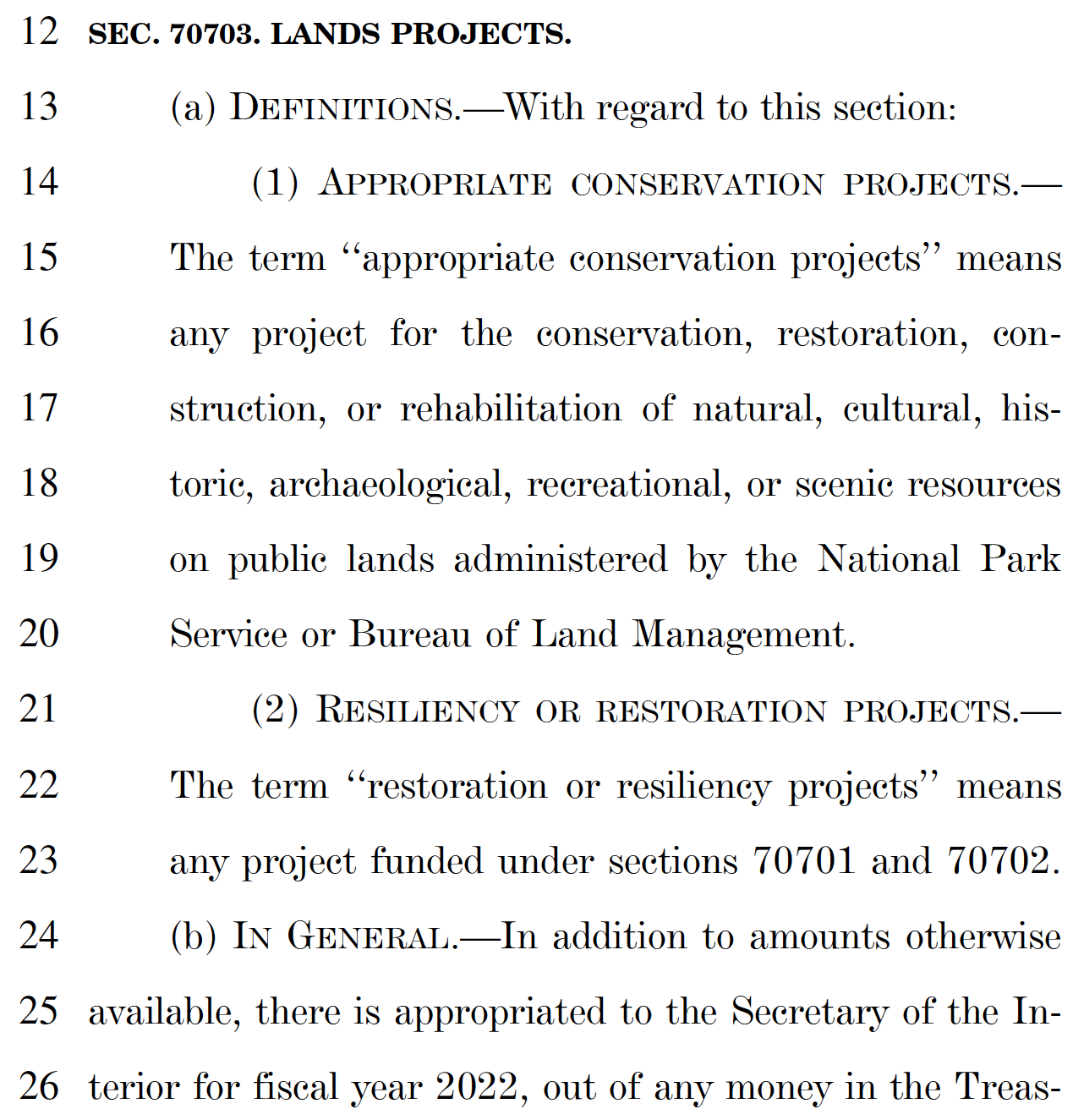 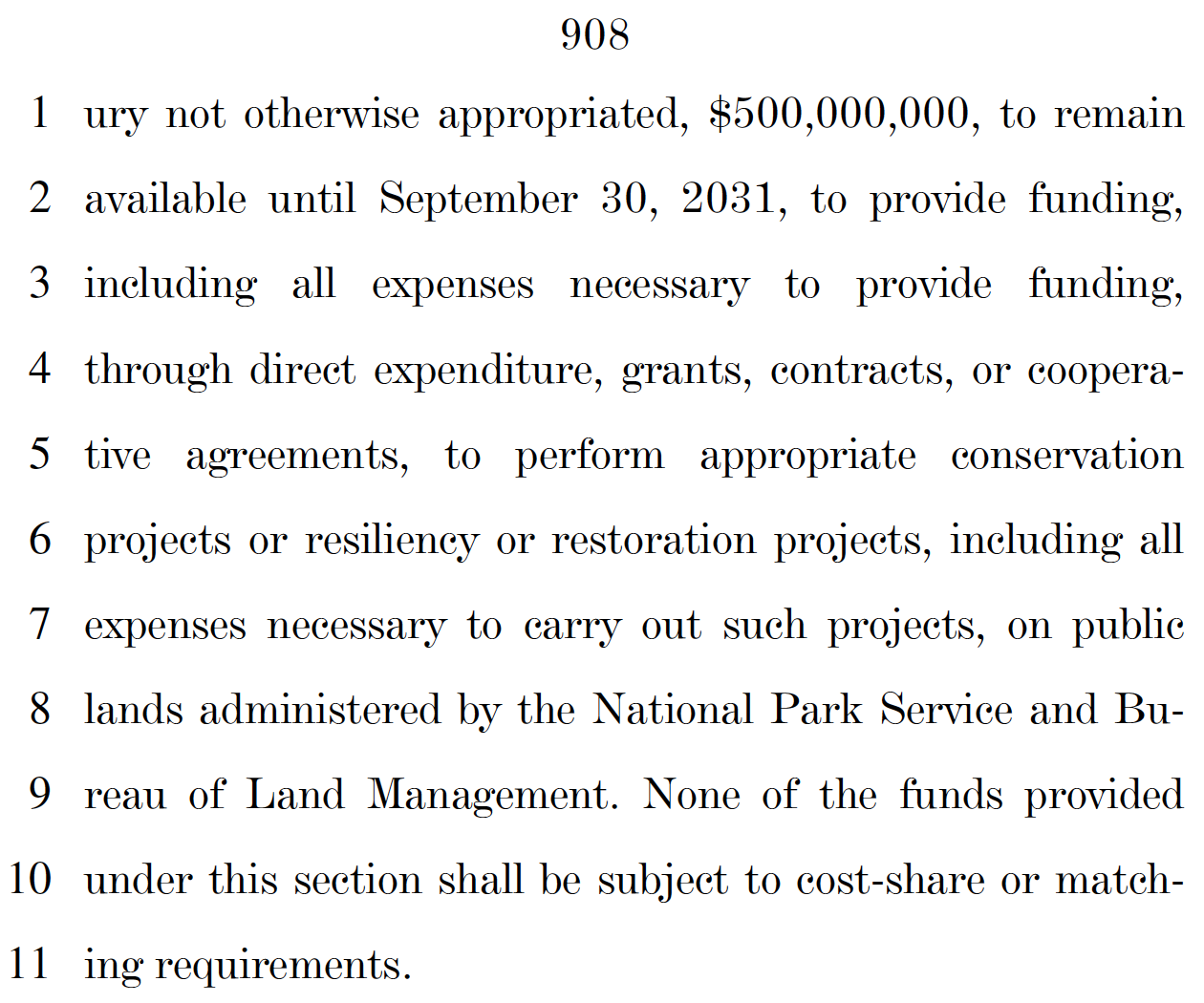 While Democrats’ rebranding efforts removed all references to their “Civilian Climate Corps” program from their radical tax-and-spending spree, the bill text does not lie.

Tucked away in their big government socialist legislation, President Biden and Speaker Pelosi have created an unnecessary slush fund that would hire their liberal and woke base to work on conservation projects.

BOTTOM LINE: President Biden and Speaker Pelosi are making a $500 million down payment on the Green New Deal by attempting to sneak their controversial “Civilian Climate Corps” program into their socialist reconciliation package. Their “Lands Projects” slush fund is just another example of corrupt Democrat politicians using taxpayer money to create jobs for their supporters and finance liberal pet projects.