Section 137102 would make it possible for illegal immigrant families to claim the Child Tax Credit.

Should President Biden sign his radical reconciliation bill into law, illegal immigrants would be eligible to receive $3,600 per child under age six and $3,000 per child over age six in 2022. 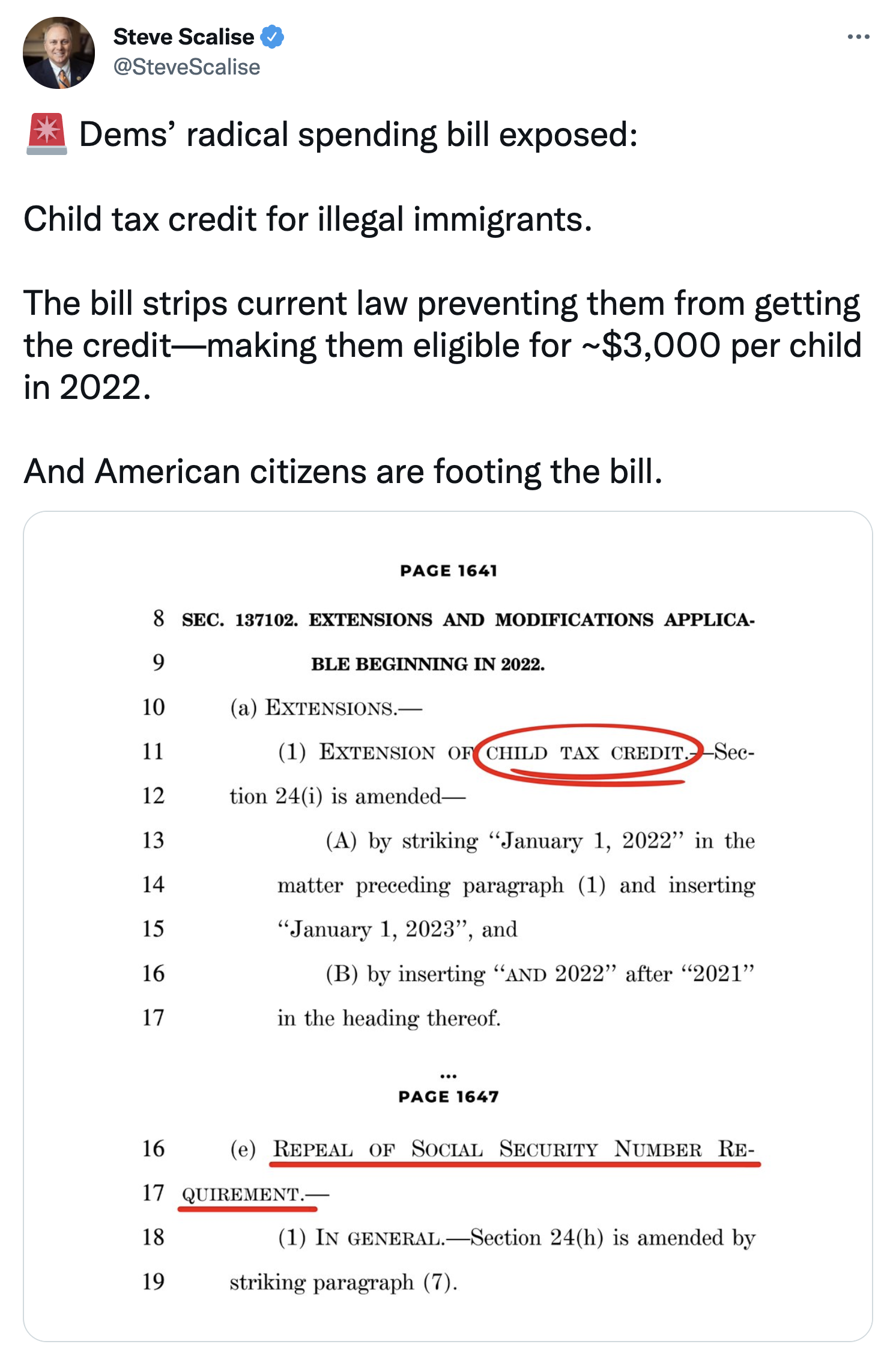 BOTTOM LINE: As the country faces a historic surge of migrants attempting to illegally enter the United States, President Biden and Congressional Democrats are throwing gasoline on the fire. By expanding the Child Tax Credit to those here illegally, Democrats are rewarding illegal activity and encouraging even more illegal border crossings, all while forcing American taxpayers already reeling from Biden-created inflation to foot the bill.