TOPLINE: Whip Scalise is committed to exposing President Biden and Congressional Democrats’ giveaways to radical special interest groups and the far-left provisions buried in their 1,684-page big government tax-and-spending spree. There are many “hidden gems” that Democrats are handing the socialists, and Whip Scalise will be highlighting them throughout the next few weeks.

Section 136401 in Democrats’ tax-and-spend bonanza includes a $12,500 tax credit for Americans who purchase union-made electric vehicles. Elites with incomes up to $800,000 can receive the cash subsidy for a new electric vehicle. This handout is more than what a $15 per hour worker earns in five months. For electric vehicles made by non-unionized workers, the tax credit is only worth up to $8,000. 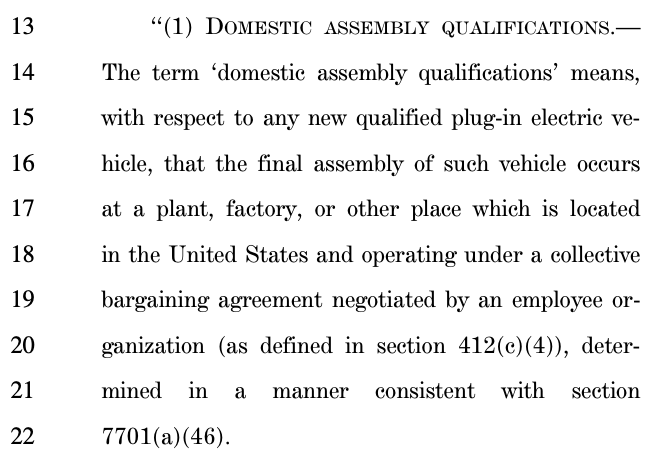 The federal government should not pick winners and losers by favoring expensive electric vehicles.

President Biden and Congressional Democrats’ union-made electric vehicle tax credit is discriminatory. It punishes right-to-work states and autoworkers who have chosen not to join a union. 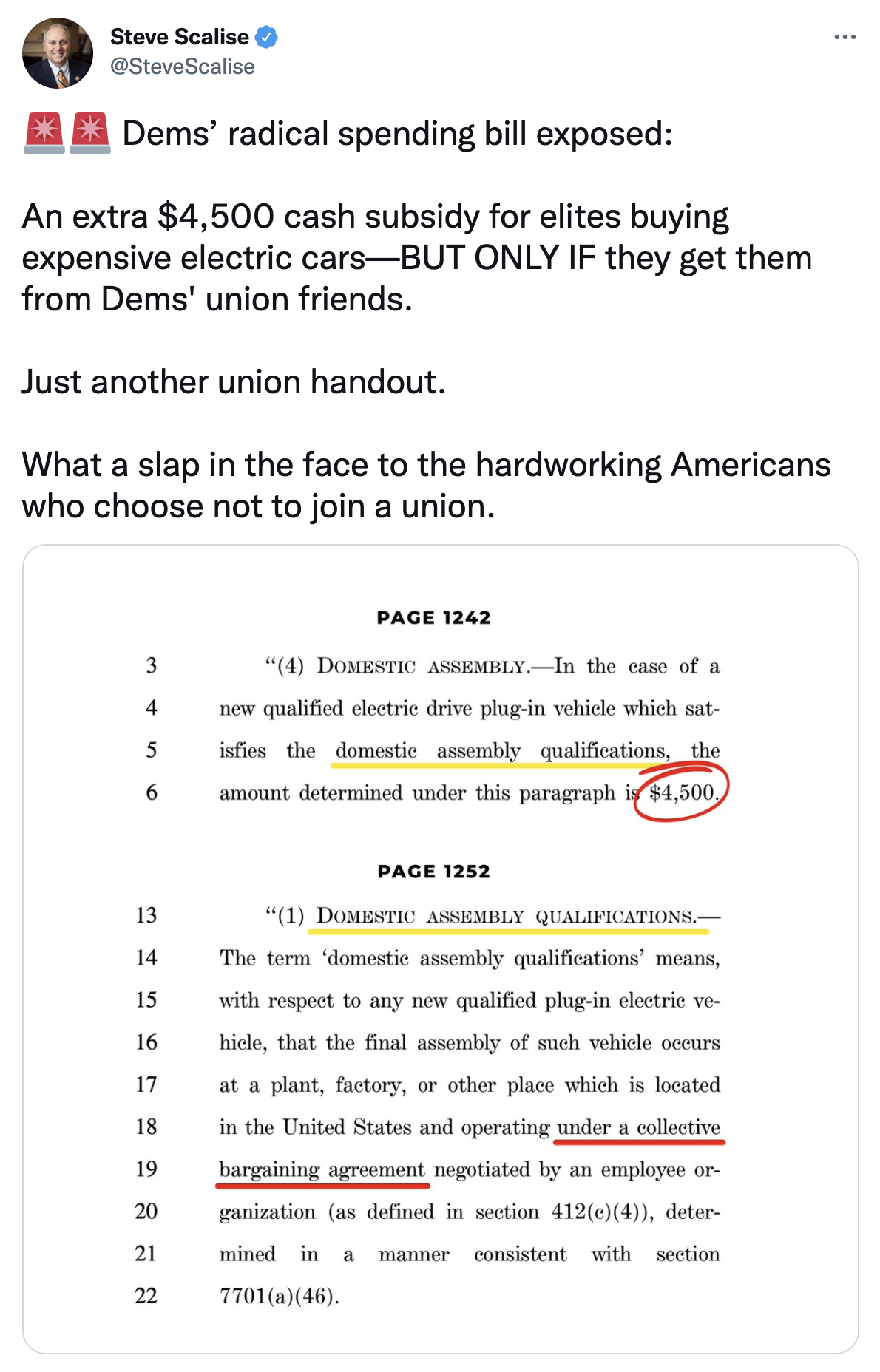 BOTTOM LINE: The extra $4,500 for union-made electric vehicles is just the Democrats giving unions another handout. This is raw political favoritism that Democrats haven’t even bothered to veil in any sort of climate or economic justification.