Green Cards For Migrants Without Limits

Section 60002 gives hundreds of thousands of previously unissued green cards, over and above the current annual limits, to foreign workers and their families. 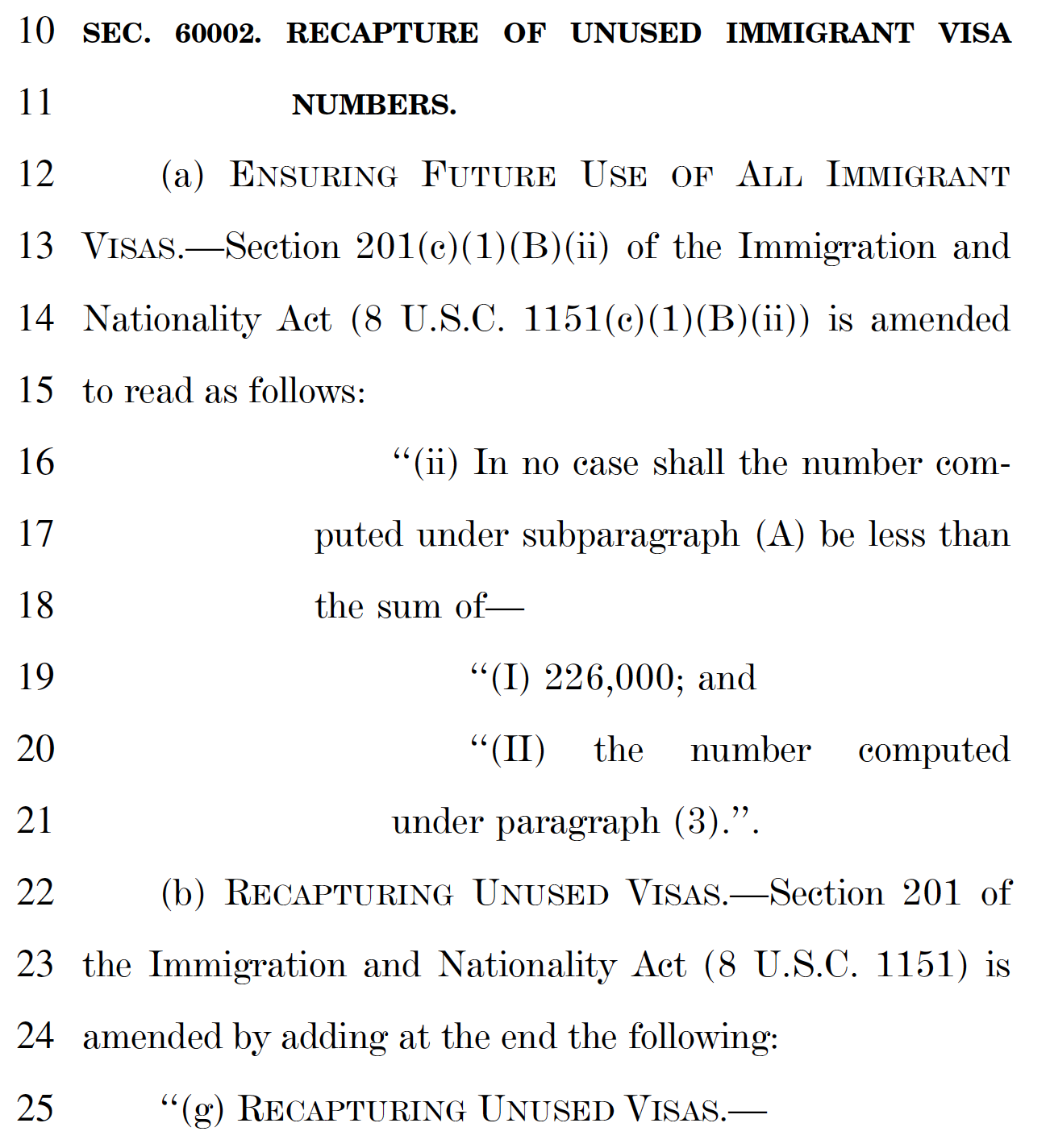 Democrats are pushing to eliminate reasonable limits on legal immigration and significantly increase new foreign workers at a time when many Americans are still unemployed or underemployed. Their provision would immediately make available approximately 630,000 so-called unused green cards to foreigners.

Federal and state law enforcement officers arrested more than 1.4 million illegal immigrants along the southern border during Joe Biden’s presidency. This is more than the population of Dallas, Texas, the ninth-largest city in America. Democrats’ open-door immigration policies have created one of the worst border crises in American history. 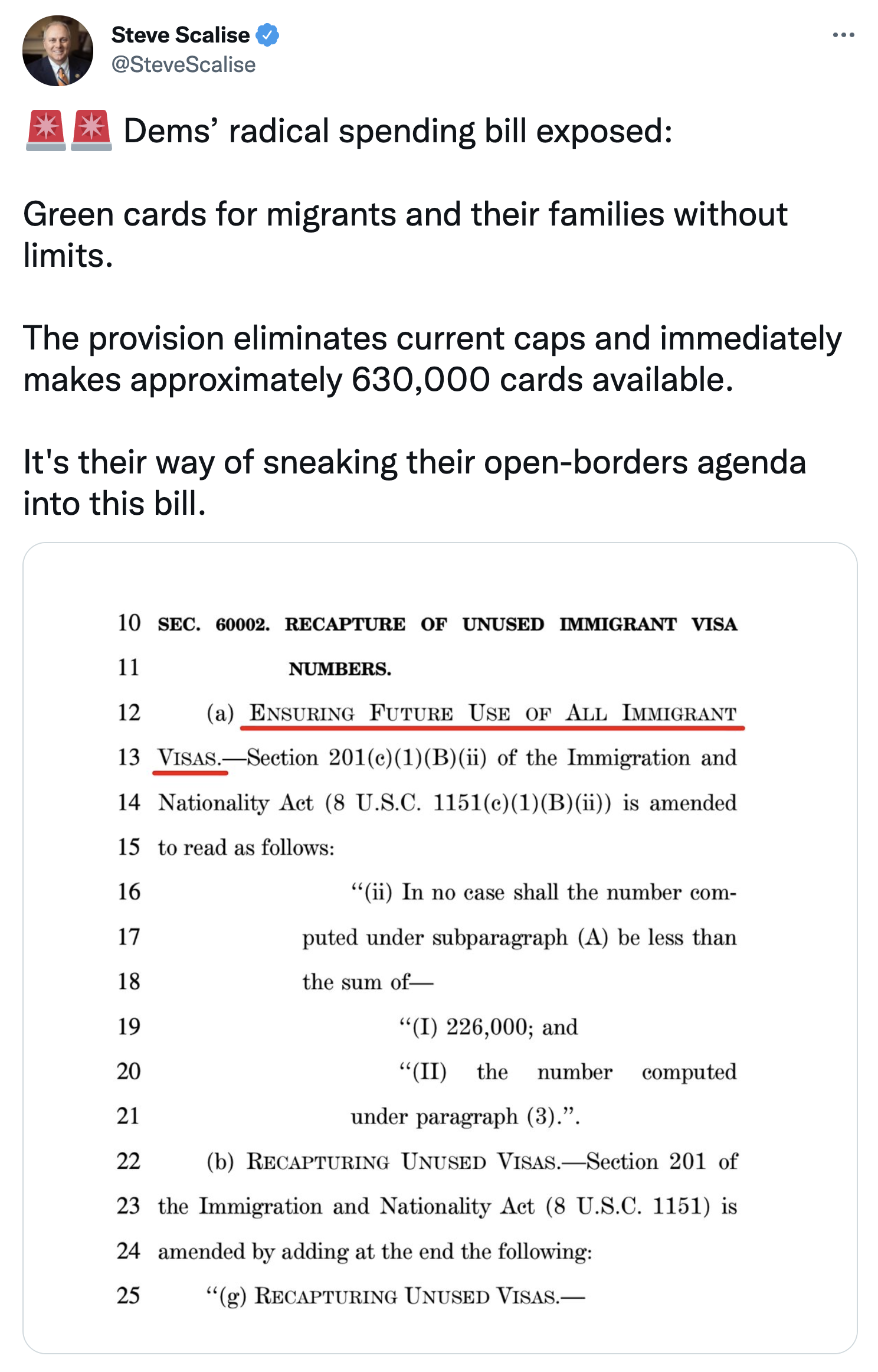 BOTTOM LINE: President Biden and Speaker Pelosi are out of touch with the American people’s concerns. Millions of moms and dads are struggling to pay for basic necessities like food, gas, and groceries because of Democrats’ inflationary policies. Instead of introducing legislation that would help millions of hardworking families who are feeling squeezed, Congressional Democrats have prioritized giving jobs to foreigners. How about taking care of the American people first?