Section 138520 imposes a new excise tax on nicotine that will raise the price of nicotine products. 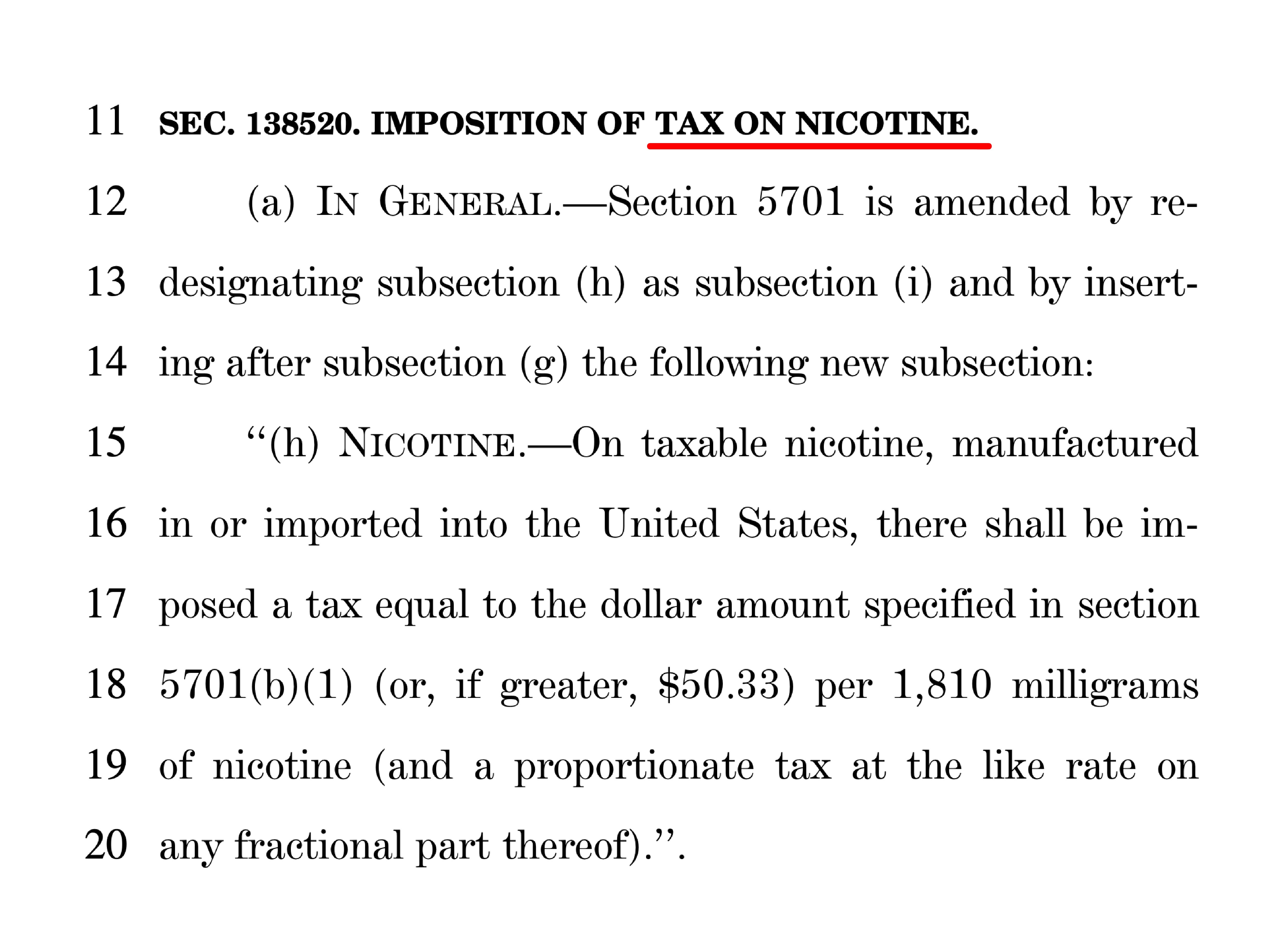 Obviously, Democrats’ nicotine tax breaks President Biden’s promise to not raise taxes on Americans making less than $400,000. This is a regressive tax that will certainly hit low- and middle-income Americans.

The Joint Committee on Taxation estimates that this tax will cost nicotine consumers $8.6 billion over the next 10 years.

BOTTOM LINE: President Biden pledged to the American people, “If you make under $400,000 a year, I’ll never raise your taxes one cent.” This nicotine tax is just one example – out of many – of Biden breaking his promise.