Section 138516 gives specific news organizations a refundable tax credit to subsidize their operations’ wages at a time when their readership has declined due to liberal bias. 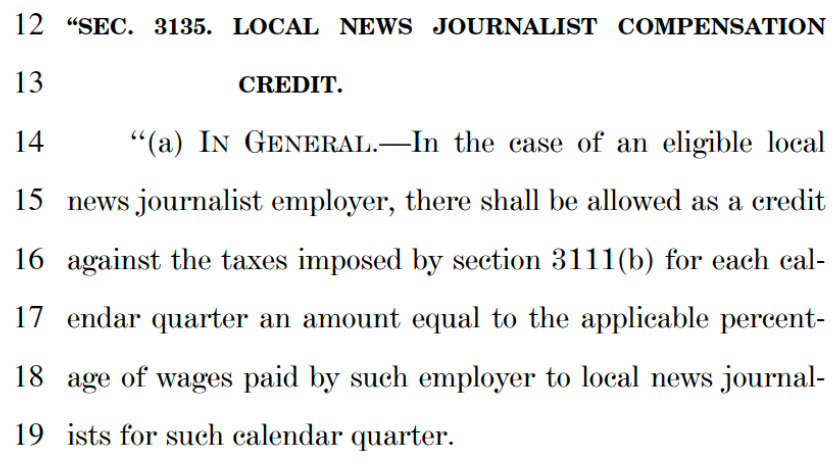 The credit can be used quarterly, crediting up to $6,250 in wages per employee per quarter. Thus, it allows for a maximum credit per employee of $25,000 in the first year.

The Joint Committee on Taxation estimates that these tax credits for local journalists would cost $1.67 billion over the next ten years.

President Biden and Congressional Democrats want to give newspapers, TV stations, and radio stations a $1.67 billion tax subsidy but don’t want to give the same treatment to millions of small businesses and their employees. 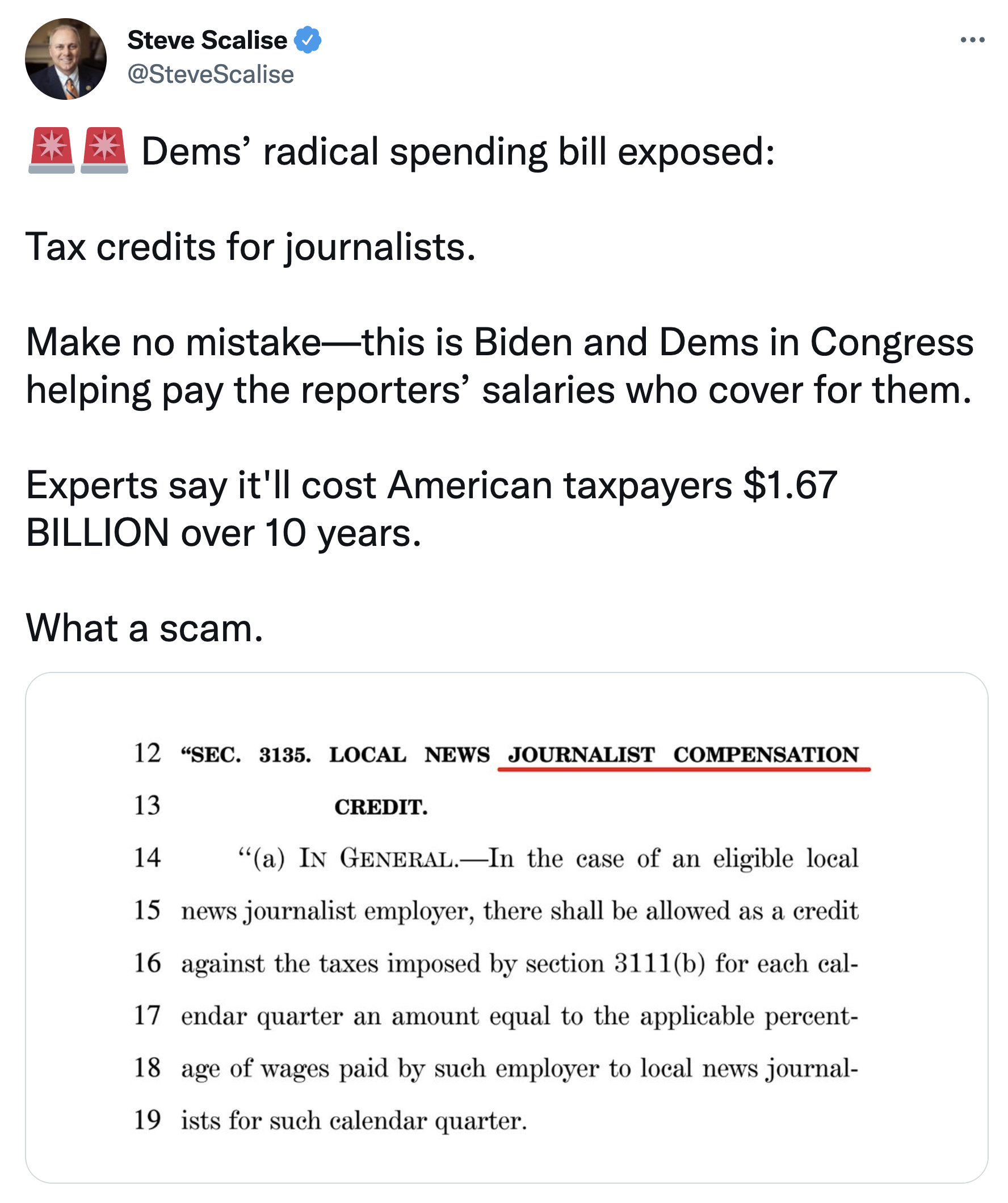 BOTTOM LINE: President Biden and Congressional Democrats want to pay the reporters’ salaries who cover for them – instead of covering the news. How can they claim that this policy is fair? Subsidizing journalists is a waste of precious tax dollars.