Section 138514 gives union members an above-the-line deduction for up to $250 for their membership dues. This provision rewards labor union bosses with taxpayer subsidies. 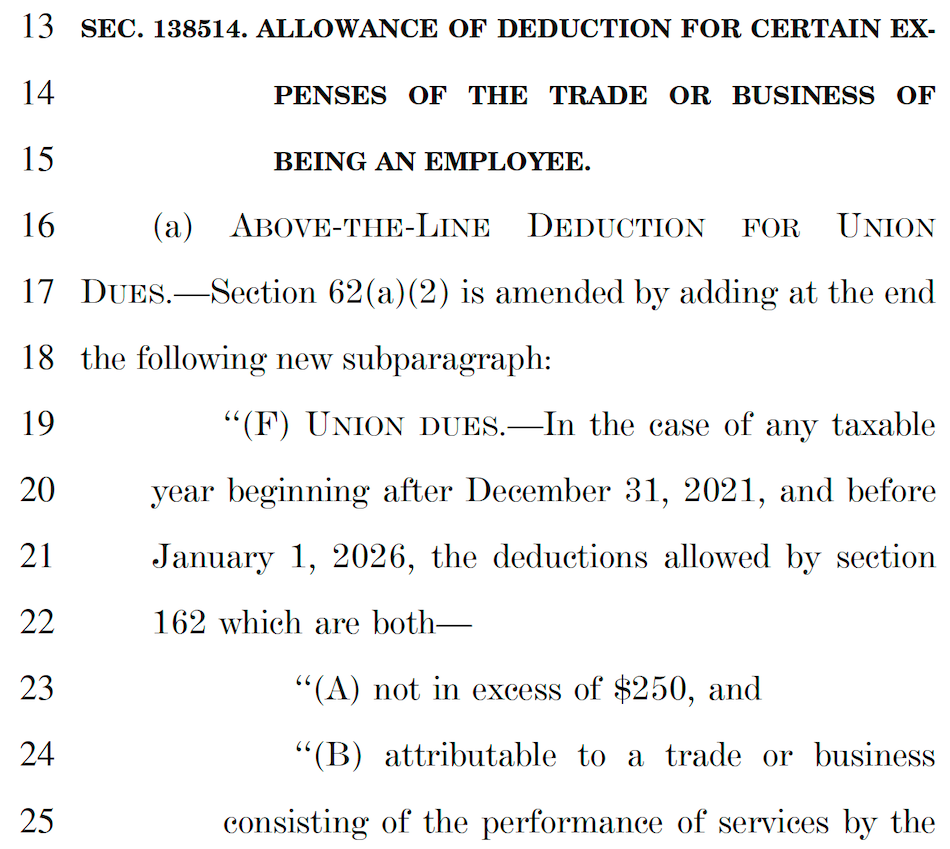 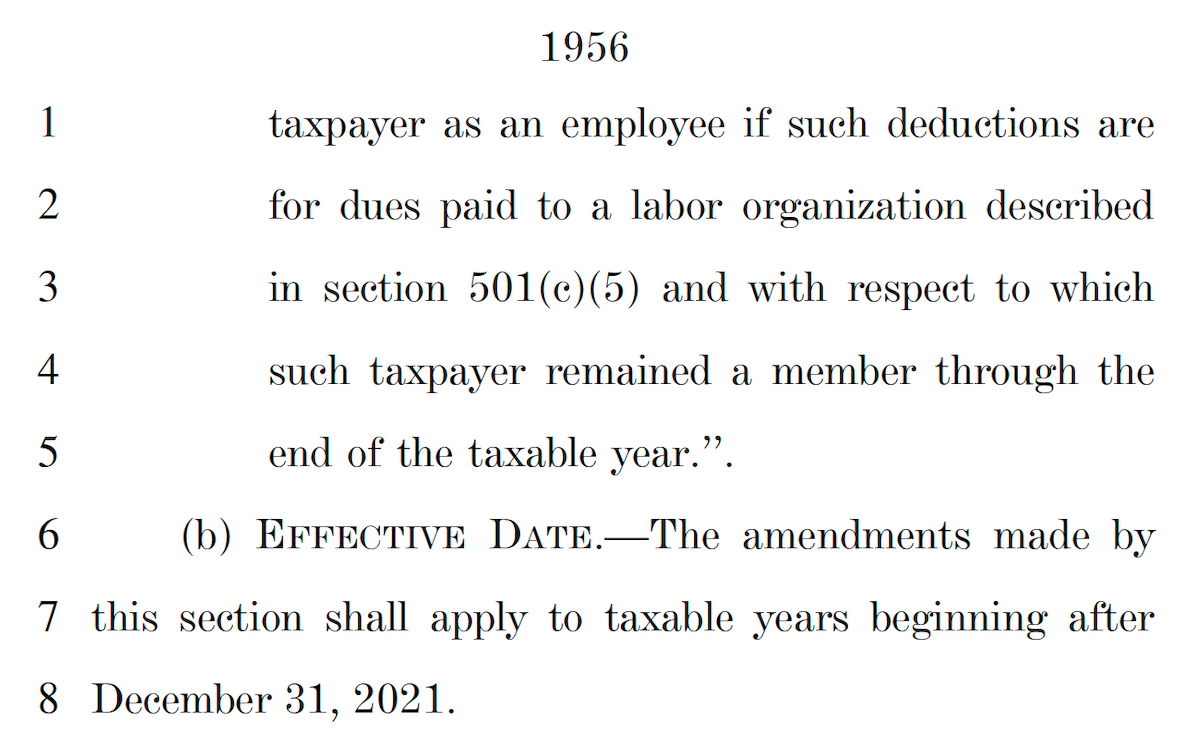 President Biden and Speaker Pelosi are blatantly favoring their political friends over other workers and small businesses by requiring American citizens to subsidize union dues.

The Joint Committee on Taxation estimates that this tax break for union members would cost approximately $1.8 billion over the next ten years. 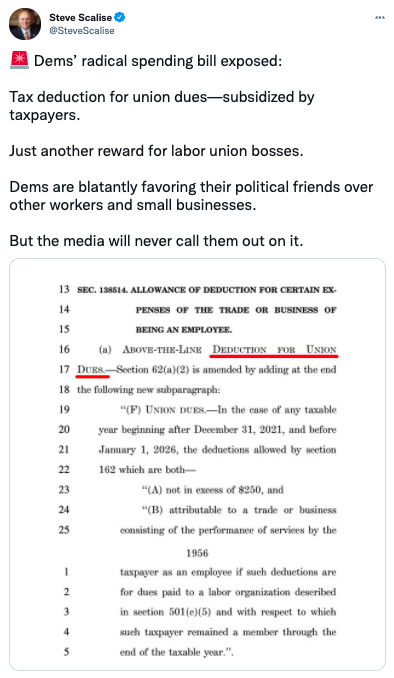 BOTTOM LINE: Democrats are pulling out all the stops to punish right-to-work states and pad the pockets of their union pals. By subsidizing union membership dues, President Biden and Speaker Pelosi will make it easier for union bosses to steer their campaign contributions and members towards liberal and progressive causes. Why should the 90 percent of workers that don’t belong to a union subsidize the ones who do?