Democrats didn’t have a reason to impeach President Trump in 2017, and they don’t have a real reason to impeach him now. This Ukraine transcript is just the latest ploy in the Democrats’ rabid desire to remove President Trump from office. First the Russian collusion hoax, now this. What’s next? Democrats will never stop until there’s a liberal sitting in the Oval Office. 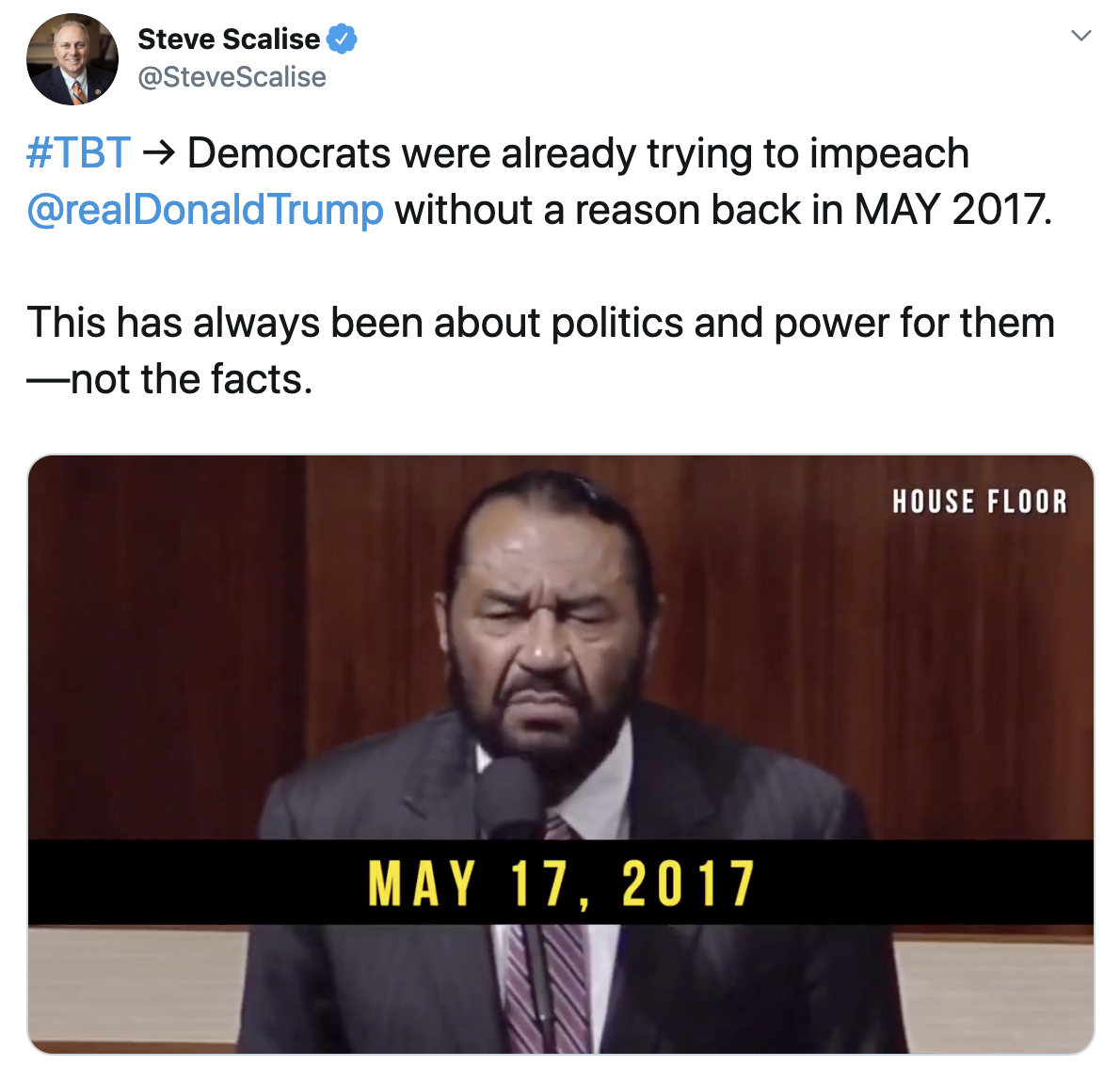 Click here or on the image above to view and share the tweet.
The Democrats’ impeachment agenda has been out in the open since day one. On President Trump’s inauguration day, the Washington Post ran an article headlined “The campaign to impeach President Trump has begun.” 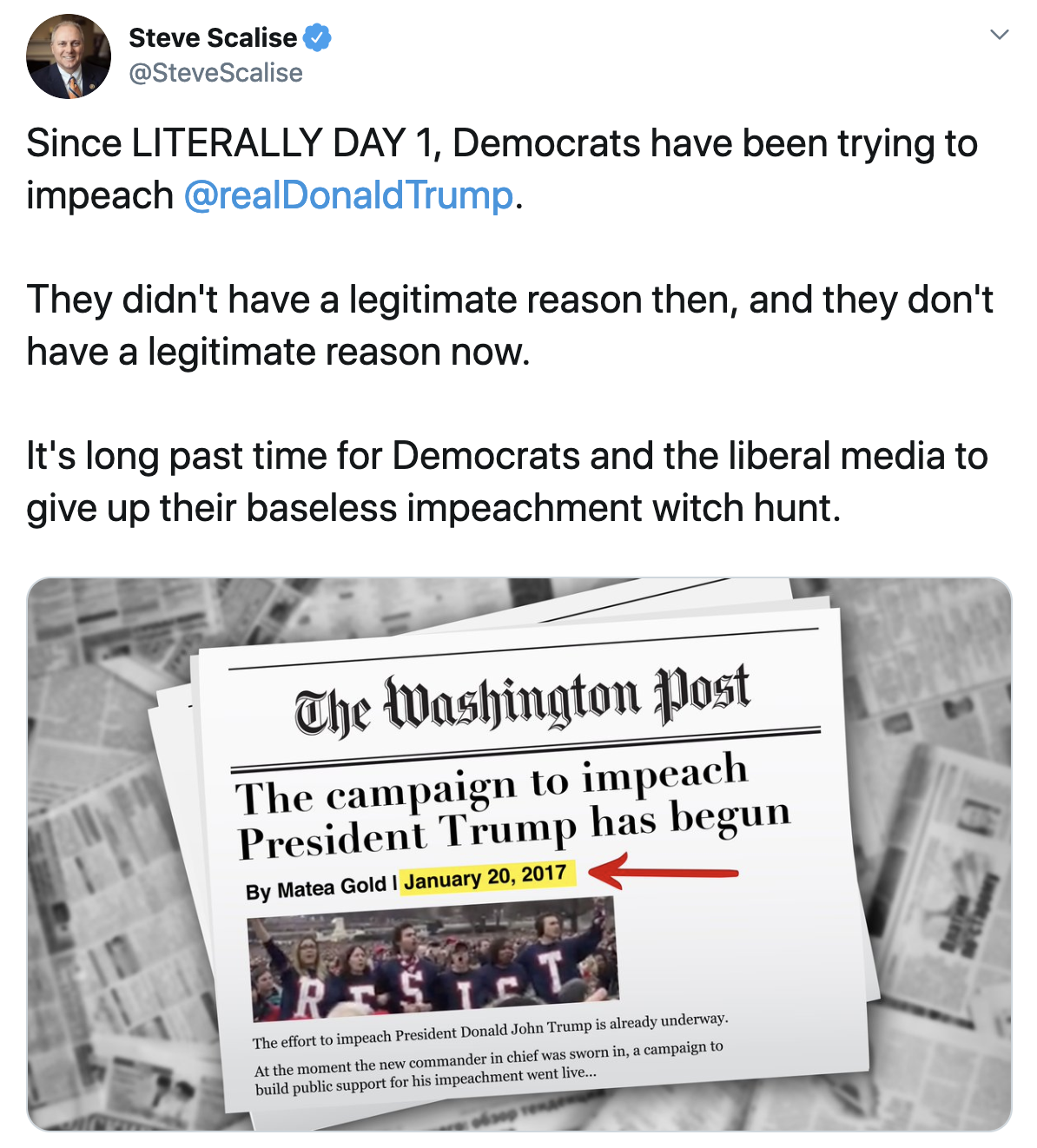